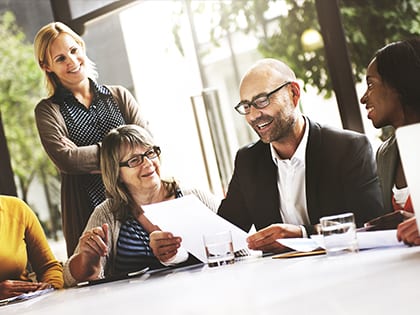 Change can be difficult on those we lead. Here are keys to communicating change in a way that will be well-received.

Our board went out of the way to communicate the proposed changes. They included some key influencers in the re-write. They provided copies of the change several weeks in advance. They convened a focus group of key influencers to get their take before it came to the church. We asked for a strong congregational attendance at our annual meeting where these kinds of issues must face a vote. We had great attendance.

In addition to the focus group, they gave plenty of time during the annual meeting to field questions. Our head elder who led the meeting kept encouraging questions without appearing to rush the meeting in any way. He allowed spaces of time when no one raised questions, yet he still conveyed an openness to field any questions as they might come up.

3. Be gracious in the face of difficult questions.

A few people raised some tough, but fair questions. Neither the head elder nor the assistant head elder who fielded questions responded defensively when those questions were raised. They acknowledged the question, affirmed the person who asked it and answered the question without a defensive or off-putting tone.

Some of the proposed changes required a significant change from congregational rule to a board rule form of governance. When such questions were raised, the head elder didn’t attempt to soft sell, beat around the bush or obfuscate the reality of the change. He answered clearly and explained the why behind each answer.

I hadn’t lead a church for some time that held such significant congregational meetings. Yet, the spirit with which the board led provided a textbook example of how good leadership transparency can move the ministry forward.

What other ways can you build leadership transparency?