Home Features 5 Proven Steps for Dealing With Your Mistakes 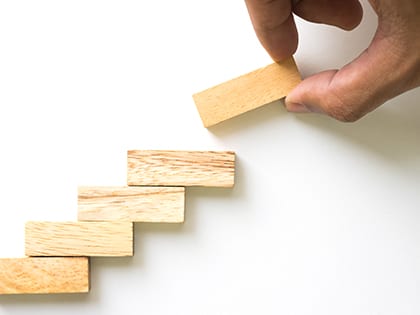 Leaders are human and mistakes are going to happen. Here are some helpful, practical tips for owning and resolving your mistakes.

When you are out in front and taking new territory, missteps are part of the journey. If you aren’t making mistakes, you probably aren’t leading.

All leaders make mistakes, the key is to not make the same one twice. If a leader makes the same mistake twice, it’s an indication they are not learning.

I’ve sure made my fair share of mess-ups and I’m not free from them now. Hopefully, not as frequent these days, and the context is also important. That is, you are doing more things right than wrong. But again, if you are leading in uncharted waters you will make mistakes.

Leaders who try to cover up, justify or minimize their mistakes often struggle with deeper issues. It can be anything from pride, to insecurity, to not wanting the mistake to be revealed.

But other times we just take ourselves too seriously. And it’s highly beneficial to be in an environment that is forgiving of our goof-ups.

At 12Stone we give two fun awards each month at our all-staff meeting. One is called the Good Bird, and it’s given out for great servant leadership. The other is called the Dirty Bird, and it’s kind of our “Dumb and Dumber” award. The scary thing is that I think our staff loves getting that one more! We laugh and have a great time with it. The important thing is that we can laugh at the dumb things we do and the mistakes we make because it’s a safe and healthy environment.

A 5-STEP PROCESS TO HANDLE YOUR MISTAKES WELL:

You may or may not be at fault for the mistake, but if you are the leader, you are responsible. Take full ownership.

On more than one occasion relating to a staffing issue that was several layers away from me, and I was not personally involved, I’ve said to our senior pastor, “I’m responsible for this situation and I’m on it.”

If something is directly your fault, it’s all the more important to own it fully. Sometimes an apology is due, then move on.

Don’t try to dodge it, hide it or back the truck up over someone else. Just own it and move forward.

When you make a mistake, speak up right away. This is courageous and clears the air. It enables everyone to move toward solutions and make progress rather than assign blame.

If something goes wrong, you should be the first one to say, “Hey, I made a mistake.” Not “My bad.” Don’t minimize it. It’s better to say, “That’s my mistake.” Our words as leaders make a difference.

It’s not necessary to make it a big deal. In fact, a poised and matter of fact statement is all that is needed.

Your boss, or your team will love you for it, and your candid and mature disclosure increases trust. They will have more respect for you because you saw it, owned it and spoke up.

And it’s never a good idea to have your boss to find out from someone other than you.

Solutions help turn the corner from a problem to progress. A good solution changes the focus from the negative tone of a “mistake in the air,” to one of forward motion and progress.

Dive in deep to fix the mistake. Cosmetic work that is just enough to cover the surface doesn’t really fix the problem. Solutions that last require more than veneer touch up.

Understanding what went wrong and the difference between, for example, a system failure or human error is essential.

Follow up is required, repeatedly, until it’s fully rectified. This might be accomplished in a few days, or it could take weeks or months. It doesn’t matter, solve it correctly whatever it takes.

4. Learn from it thoroughly.

If you are like me or most leaders, we move pretty fast.

There’s a lot to do, so I have a tendency to move on a little too quickly. How about you?

Once a problem is solved, I’m on to the next thing. But that doesn’t mean I’ve actually learned something.

It’s important for me to take some time to think through what caused me to make the mistake.

For example, did I lack experience? Did I make the wrong decision, and if so why? Did I not think through the issues enough? Was I distracted? Was it more circumstantial? This process will be relevant and helpful to you as well. From there, it’s wise to take a few minutes to acknowledge how you would do it better next time.

5. Get over it appropriately.

It’s important to get over your mistake and move on.

Don’t beat yourself up. If you have completed the first four steps, shake it off. Match your level of response to the size of the mistake.

For example, let’s say you blew an appointment, you just missed one and you never do that. The whole process should take you about five minutes. Own the mistake, lead with an apology, set a new appointment, figure out what broke down in your system, and get over it.

Or, for example, you made a $200,000 budgeting error, and now you’re in the red for that much money. That’s a mistake of a different magnitude. It’s is going to be complex before you even get started. It will take time to understand what actually happened. It may take months to solve the problem, etc.

But it still starts in the same place. Own it fully and disclose it completely, then dig in to the solution and learning.

Own it completely.
Disclose it quickly.
Solve it correctly.
Learn from it thoroughly.
Get over it appropriately.

Pass this on to your staff and friends who lead!