Home Features On the Front Lines in a War Zone 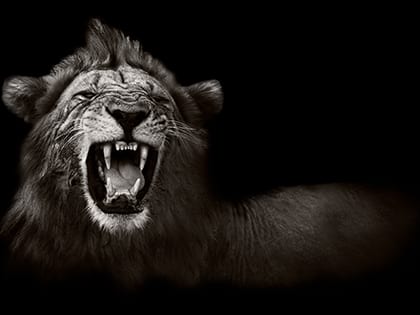 When it comes to spiritual warfare, the answer is not skepticism or superstition, but preparation.

When you drop the phrase spiritual warfare into casual conversations, you often get mixed reactions.

On the one hand, a lot of people are skeptics when it comes to anything invisible or supernatural. In fact, many people will believe in heaven and angels but choose not to believe in hell or demons.

On the other hand, a lot of people can get downright superstitious about the subject. Everything bad that happens is perceived as a demonic attack.

In the middle are most of the pastors I know, who believe rather strongly in the existence and power of heavenly beings—both angels and demons—that exist all around us in a heavenly, spiritual realm hidden to our eyes and human senses.

And this spiritual realm is not, right now, at peace. It’s a war zone.

Don’t misunderstand. It isn’t a battle of God versus Satan or good versus evil. All power and authority, in heaven and in earth, belongs to God alone and has been granted to his kingly Son who rose victoriously from the dead, defeating once and for all the power of sin and death.

But for a season, allowed by the permissive will of God for his own purposes, “The devil … prowls around like a roaring lion, looking for someone to devour” (1 Peter 5:8).

So the war rages on, for now, until the appointed day when King Jesus will speak a decisive and final end to the conflict.

Pastors and church leaders are on the front lines of the battle, where the smell of smoke, sweat and blood always hangs in the air.

I happen to believe that Satan’s servants are keen observers of our patterns, behaviors and weaknesses. The book of Acts contains a seemingly bizarre story of some men who attempted to use God’s power without God’s blessing:

“God gave Paul the power to perform unusual miracles. When handkerchiefs or aprons that had merely touched his skin were placed on sick people, they were healed of their diseases, and evil spirits were expelled. A group of Jews was traveling from town to town casting out evil spirits. They tried to use the name of the Lord Jesus in their incantation, saying, “I command you in the name of Jesus, whom Paul preaches, to come out!” Seven sons of Sceva, a leading priest, were doing this. But one time when they tried it, the evil spirit replied, “I know Jesus, and I know Paul, but who are you?” Then the man with the evil spirit leaped on them, overpowered them and attacked them with such violence that they fled from the house, naked and battered.”

Rough day for these false priests! But what catches my attention is what the Bible says about how these demons related to Paul and to Jesus.

From Outreach Magazine  The 4 Key Words of Outreach Strategy: It Starts With Me

This little verse tells me two things about the forces of darkness.

First, they don’t know everything. Satan isn’t God. He isn’t a god or a demi-god of some kind. He’s a created being with finite intelligence. He doesn’t know everything about every person, but I think he enjoys it when we superstitiously assume he’s in God’s class in this area.

Second, they do study people. To translate it literally, the demon speaking said, “Jesus, I know by personal experience … Paul, I know by studying and observing …”

Here’s the somewhat creepy truth we need to realize: When you pursue God’s purposes and determine to influence the world for the gospel’s sake, you become a subject of study among the demons.

You’re a threat when you’re praying, walking in the Spirit and sharing your faith. You’re worth observing when you are making a real difference.

When you lead and influence people within the kingdom, the struggle becomes especially real. It isn’t that you’re special or more important. We’re all on equal footing and there is no value differential in the kingdom between what we’ve come to think of as “clergy” and “laity.” All of the members of the body of Christ are equal in value and worth.

But when you lead, teach and influence, you’re threatening the boundaries of hell’s territory. And there, the spiritual warfare will be fierce!

So what do you do?

• You do exactly what you would advise every other believer to do, with answers informed by God’s Word.
• You suit up in the armor of God every day.
• You stay in a state of repentance and humble dependence upon God.
• You pray continually.
• You sharpen your sword by studying the Word.
• And you claim the victory that is yours in the resurrection of Jesus Christ.

From Outreach Magazine  The Hundred Year Influence of Henrietta Mears

Don’t be skeptical. Don’t be superstitious. Just be ready.

Brandon Cox is the lead pastor of Grace Hills Church in Rogers, Arkansas, the editor and online community facilitator of Pastors.com and a coach to leaders, pastors and church planters. This post was originally published on BrandonACox.com.