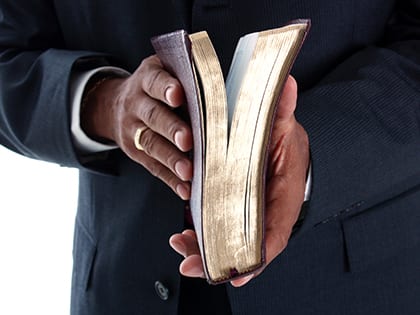 I just knew, from the beginning, that I had one church plant in me—kind of like one marriage or one family.

Mecklenburg Community Church in Charlotte, North Carolina (Meck), recently celebrated its 25th anniversary. A fellow pastor asked me, “What are the keys to a long tenure?”

It was a good question, and one (to be honest) I hadn’t reflected on. I immediately thought of the usual things such as prayer and spiritual vitality, but in truth, I had never thought about what it has taken to plant a church and then lead it for now more than a quarter of a century. That is a long time to lead a single community of faith. Today it seems like the news is littered with leader after leader falling to moral compromise, a lack of integrity with finances or leading from price and power. I just knew, from the beginning, that I had one church plant in me—kind of like one marriage or one family—and I was going to plant it and then be faithful to it to the end.

But when I reflected on his question, five things did come to mind:

One of my favorite quotes comes from a speech given in 1920 by then President Calvin Coolidge. He said:

”Nothing in the world can take the place of perseverance. Talent will not; nothing is more common than unsuccessful men with talent. Genius will not; unrewarded genius is almost a proverb. Education will not; the world is full of educated derelicts. Persistence and determination alone are omnipotent.”

I wrote about this in an earlier blog titled ”Give Everything But Up.” There is simply nothing that can take the place of hanging in there week after week, month after month, year after year—never abandoning your post or calling. Not because it’s easy. Not because you always want to.

But because you are committed to being faithful.

I once heard a journalist who had seen more than his fair share of scandals in religious leaders comment about a man who had served 20 years as pastor of a church. He said, “After two decades, if there was something to come out, it normally would have by now.”

He meant it as a compliment to the man’s integrity. But he was right. The longer you lead without scandal, the more it indicates there wasn’t any to come out.”

And earning that is what makes for a long tenure, for nothing will end ministry faster than a lack of integrity, whether it is sexual, financial or in the manner of how you lead.

Now, in saying this, I certainly do not mean to put myself forward as a man above other men. I’m not. I’m, as sin-stained, sin-marked, as anyone. What I mean is that you have to be able to manifest the everyday kind of integrity that protects the longevity of your ministry. People close to me have seen more than their fair share of sin in myh life, but they haven’t seen consistent hypocrisy or a double-life. They’ve seen consistent marital faithfulness, commitment to family, relational integrity, financial transparency and more. And the reason is because of intentionally introduced boundaries and accountabilities.

3. The ide of a rhinoceros

I believe it was Stuart Briscoe who once wrote that the three qualifications for a pastor are: (1) the heart of a child; (2) the mind of a scholar; and (3) the hide of a rhinoceros. I have always thought the hardest part of ministry is the ‘hide” part. But it’s also the part that, over time, can matter the most.

Let’s state the obvious: ministry leadership is not easy. You are subject to abundant criticism, pointed spiritual attack, emotional depletion and more. Without allowing your heart to become calloused, you must find ways to keep your skin thick.

I can’t imagine a long tenure in ministry leadership without a clear and compelling vision that leads the way and drives you.

There is much talk about vision and leadership. Sometimes I think it’s made far too complicated. Vision is simply a picture of the future. A dream for how you want things to be. A sense of where you are going.

Tom Watson was the leader responsible for putting IBM on the map during its heyday. When asked why the company had become so successful, he said:</P

”IBM is what it is today for three special reasons. The first reason is that, at the very beginning, I had a clear picture of what the company would look like when it was finally done.

”The second reason was that once I had that picture, I then asked myself how a company which looks like that would have to act.

”The third reason IBM has been so successful was that once I had a picture of how IBM would look when the dream was in place and how such a company would act, I then realized that, unless we began to act that way from the very beginning, we would never get there.

Throughout my leadership run at Meck, there was never a doubt of the picture in my mind—how a church that looked like that would have to act, and how we had to begin acting that way from the beginning.

We’re not there by a long shot—not simply in terms of size, but in terms of being a biblically functioning community—but that picture is crystal clear and one I still chase.

This should have been first on the list. I can’t imagine doing ministry without a faithful, loving, supportive, loyal, “I believe in you,” committed, hard-working, selfless soulmate. Susan has been all that and more. Simply put, I married well.

The story of Tom Watson is found in Michael Gerber’s classic work, The E-Myth.