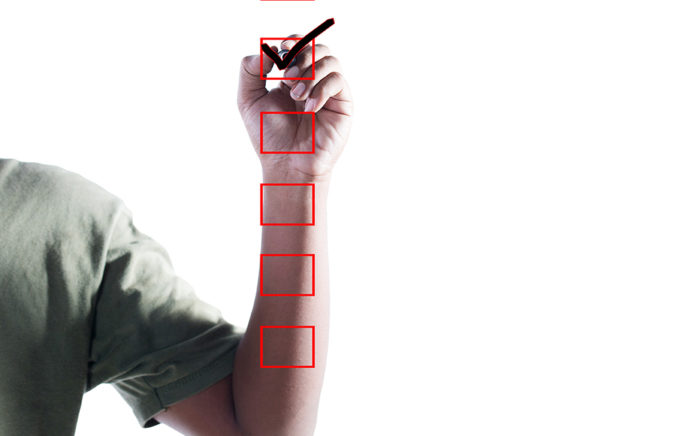 Are we pursuing global missions with the right motivations?

If one only listened to the typical missions mobilization messaging, they would believe God’s mission has been reduced to a defined task of checking off the boxes of identified, unreached people groups.

Missions researchers tell us that there are thousands of people groups who are unreached (or less than 2% evangelical) and that billions of people will perish if we do not go to them and proclaim the gospel. And the primary message of the modern mission era has been, “The task is incomplete but we are so close—together we can finish the mission. We know who the unreached are and we know where they live. The end is in sight.”

But what happens when that task is disrupted with a reality that prevents us from going, causes us to shelter-in-place or even leads sent ones to return home? Finding time to assess, evaluate and reimagine missions mobilization in the midst of a flurry of urgent activities can be impossible in the best of times. But we’ve had a real disruption, a global pandemic that has caused missionaries to return to the United States, short-term trips to be canceled and departures of new missionaries to be delayed.

The missions mobilization message has been disrupted. In the midst of a global pandemic that has locked down the world, many believers are seeing an opportunity to reflect and ask hard questions: Why would God hinder our going? How will he fulfill his mission if we are stuck at home? Have we been overly dependent on our own strategies and efforts to fulfill the Great Commission?

Oftentimes, God gives us opportunities to rest from our busyness, to set aside our schedules and to reflect. The current reality has driven me to see this as a time to assess, evaluate and possibly repent.

This time is giving us the opportunity to assess how our mission motivation, messaging and marketing aligns with the holistic identity of a Christ-follower. We need to evaluate our own hearts and identify areas where we’ve trusted in our own wisdom, strategy and tactics. And we may need this time to repent of leaning on our own understanding and neglecting to abide and rest in Christ.

THE LIMITATIONS OF A “FINISH THE TASK” PERSPECTIVE

The challenge lies in a change of our current perspective. Not many years ago, our perspective of missions shifted. The reality of some distinct groups of people having little access to the gospel led some mission leaders to blaze the way to identify, research and list groups of people who had common language, culture, religion and geographical origin to ensure we were taking the gospel to all nations.

It made sense. If Jesus commissioned his disciples to take the gospel to all nations then we had to know “all the nations.” In order to know if Matthew 24:14 is being fulfilled, we needed a list of every “ethne” and whether or not they had access to the gospel. This string of reasoning and biblical interpretation has led to a modern missions movement focused on the urgency of “finishing the task.”

A “finish the task” perspective has permeated much of the messaging and shaping of missions efforts for the past few decades. As a result, many missionaries have been sent to hard and difficult-to-access places so that those with little or no access to the gospel could hear it for the first time.

The motivation to learn and identify new ways to see disciples made among all nations is a reason for celebration. But, while there are many reasons to celebrate what God has done through those passionately driven to eliminate the reality of unreached people groups, there is also the danger that our human flesh will corrupt even healthy ambitions.

Since this global pandemic has given us this unexpected time to assess and evaluate our missions perspective, here are some questions I wrestle with as it relates to “finishing the task” messaging.

Have We Too Narrowly Defined “Missions” as a Goal to Complete a Manageable Task?

Much of the modern missions conversation has invested much energy toward defining the task, streamlining missions efforts and prioritizing strategies, efficiency and methodology experimentation. The discovery of an uncompleted task invites our sense of practicality to figure out a way to complete the task.

Paul seems to acknowledge this potential pull toward pragmatism in the context of evangelism in 2 Corinthians 4:2 when he refuses to use “cunning” ways. We should be cautious of implying that there are shortcuts to fulfilling Christ’s commission.

Has a Missions Mobilization Focus on “Finishing the Task” Devalued the Belief in the Sovereign Work of God in His Mission?

If we are not careful, this perspective may unintentionally portray a weak God who is incapable of fulfilling his mission outside of our progressively refined understanding of anthropology and ability to develop missions engagement strategies. Instead, we should embrace missions as a grace-given role of joining God as his ambassadors in the mission he both initiated and will bring to completion.

Has a Focus on “Finishing the Task” Sacrificed the Value of the Individual Soul for the Sake of Prioritizing a People Group?

This perspective could create a false dichotomy between crossing significant barriers to take the gospel to an unreached people group and sharing the gospel with your near-culture neighbor who has also never heard. This false dichotomy may lead to “grading” evangelism and even the level of obedience to Christ’s commission.

Can the Perceived Lack of Missions Passion and Cross-Cultural Sending From Western Churches Be Directly Related to Messages That Have Developed a Dichotomy of Those Who Are “In” and Those Who Are “Out?”

Some may call this the professionalization of missions. The mobilization message often sounds like this: “So many are dying without ever having the opportunity to hear the message of the gospel and will spend an eternity separated from God in perpetual torment.”

This message has naturally led many to ask, What can I do in light of this horrific truth? But the primary response from the modern missions movement is, Well, we can hope God will send someone to go tell them but you can just pray and give money to those who are on the front lines. This response implies that the common disciple of Jesus is primarily a supporter of those called to do the “real” work of the mission to reach all people groups.

If every disciple has a God-given identity as a kingdom ambassador, we need to shift our language that both affirms the sentness of every believer while also valuing the incarnational, counting-the-cost, language-and-culture-learning mission sending. The message of urgency can be coupled with an affirmation in the mission identity of every believer that invites everyone to play their vital part.

Has the Professionalization of Missions Led to the Development of Organizations to Take On the Responsibility to Effectively Mobilize, Assess and Send Missionaries to the Nations?

As the complexity of fulfilling God’s mission has become the focus, more and more churches have lost their confidence as God’s primary means for fulfilling his mission. This should lead experienced mission organizations to pivot their focus to equip, facilitate and enable local churches to reaffirm and activate their God-given role.

Could It Be That a Focus on Finishing a Task Has Led to an Anxious Mission Culture?

Instead, a mission mobilization message of urgency should be married with the rest we find in the sufficiency of God. Remember, Jesus said “Come to me, all you who are weary and burdened, and I will give you rest” (Matt. 11:28). What does a mission passion look like in the heart of someone who is resting in Christ?

In studying the Sermon on the Mount, Jesus gets to the heart of the matter. Obedience or activities with poor motivation is not pleasing to God. Why we do what we do is as important as what we do.

I am thankful for a passion to see the gospel proclaimed to those who have never heard. I am an advocate for the healthy sending of missionaries to hard places, to learn language and intentionally cross barriers to overcome the limits of global gospel saturation.

I am also an advocate for taking the time to assess, evaluate and ask hard questions. Unexpected time to pray, reset and shore up our anchor in God’s word is uncomfortable but can be received as a gift from God.

Now, let us thank God for his gift of grace in redeeming us in Christ and recreating us as ambassadors of a good, gracious, loving and sovereign King.