Home Features How to Teach Children About Missions 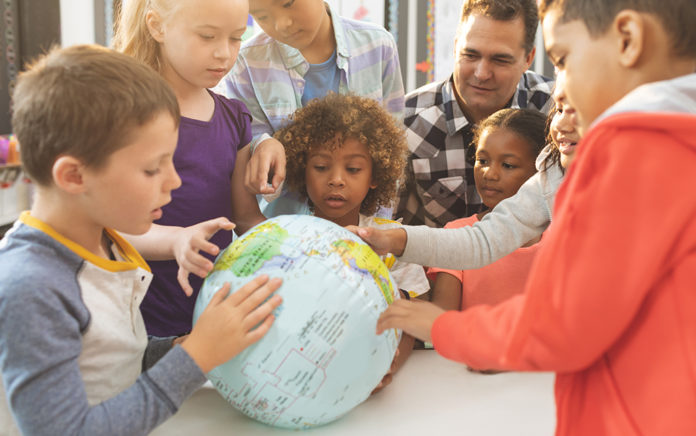 I have heard a refrain consistently repeated in the stories shared by missionaries at their commissioning services: “From a young age my parents/grandparents/pastor/Sunday School teacher taught me about missions and missionaries.” There seems to be a noticeable correlation between children who receive missions education and those who later commit themselves to missionary service. Let’s look at a few steps that we can take in our churches and homes to influence the next generation of missionaries.

On my shelf sits a volume entitled simply, The Book of Missionary Heroes by Basil Mathews, first published in 1922. The book was written to be read out loud to children and then, later, to be read by children as they learned to read. The book contains short biographies of missionaries from the Apostle Paul to Archibald Forder, a missionary who worked among the Bedouin tribe in the early 20th century. Along the way, a child would be introduced to figures such as Raymond Lull, David Livingstone, Mary Slessor, and Henry Martyn. Even though Mathews tended to glorify these missionaries and make them appear to be larger than life, he shared their stories in a way that children could understand.

While we should not elevate missionaries to a super-Christian status, we also should not diminish what they do. All Christians are called to make disciples, but the call to leave your people, your homeland, and your language to proclaim the gospel cross-culturally is different. The call to missionary service should be celebrated and encouraged. For this reason, we should expose children from a young age through their teenage years to missionary biographies.

Exposure to missionary biographies can also create opportunities to discuss why missions is necessary. Why did Adoniram and Ann Judson leave their home to go live in Burma? What compelled C.T. Studd to abandon his career as a superstar athlete? If Lottie Moon really was the most educated woman in the South, why would she go to China? These questions can lead to conversations about why each person needs to hear the gospel—the truth that we are all sinners in need of a Savior. Sharing the stories of missionaries around the world today and in the past creates an opportunity to share the gospel with your children or those in your children’s ministry. In fact, the story of a missionary could be the way the Lord calls a child to salvation.

From Outreach Magazine  An Evangelism Equation for Non-Evangelists

For younger children, The Book of Missionary Heroes may be a good option, or there are other individual children’s books on missionaries like Amy Carmichael, Hudson Taylor and Adoniram and Ann Judson. Older children could benefit from individual volumes of The Christian Heroes series while teenagers and adults have the opportunity to dive deeper with Danny Akin’s 10 Who Changed the World or Ruth Tucker’s From Jerusalem to Irian Jaya. Women’s Missionary Union also continues to publish quality missionary education curricula for children.

Indeed, exposure and instruction are necessary for discipleship but do not constitute the whole of discipleship. Parents and ministry leaders can begin helping children to think practically about their role in missions. My wife, Heather, was teaching a group of three and four-year-old boys and girls about missions on Wednesday nights. She taught them all a simplified version of Matthew 28:19. One little girl in the class knew that her daycare teacher did not go to church, so the little girl asked her mom if she could bring her coloring page to daycare the next day to share the memory verse with her teacher and invite her to church. The teacher had been hesitant to accept invitations from the mom, but it is difficult to turn down the invitation of a three-year-old girl. The invitation and explanation that the little girl issued was not sophisticated or complicated, but it was effective because the teacher showed up at church the next week.

Children have opportunities that parents and ministry leaders do not have. They have relationships in their school. They know people through community groups and sports. Children of all ages have their own network of contacts. If an adult can enter that world at all, it is extremely challenging to connect in a meaningful way. A better method is to disciple our children in our homes and in our churches to see the missional opportunities around them. Isn’t this what we would do on the mission field? We train and equip national believers to engage their own networks and to utilize the natural connections they have at home, at work, and in everyday life. One of the responsibilities we have in discipling children toward missions is helping them live missionally where they are right now.

INCLUDE CHILDREN IN YOUR MISSIONARY OUTREACH

One of the worst things we can say to children as we disciple them is, “You can do that when you get older.” There are very few things I would refuse to let a child do in church. A parent or adult may need to help them, but we can certainly involve children in every aspect of the church. If we want them to grow up and serve as future missionaries, whether church planting in urban centers or proclaiming the gospel among an unreached people group, then we should include them in our missionary outreach today.

Simple is often better. Whatever outreach you or your church is already doing, take your children along with you. Some of the most effective discipleship is done just by taking someone with you. Mark reminds us in his gospel that Jesus, “appointed twelve, whom he also named apostles, to be with him, to send them out to preach” (Mark 3:14). First and foremost, Jesus called the apostles to be with him. The apostles learned a lot just by being with Jesus. As we disciple children toward missions, we must take them with us when we go on a visitation, when we engage the community during our church’s “Trick or Treat” outreach, or when we invite families to Vacation Bible School. As we live our lives missionally, may we choose to involve our children in what we’re doing instead of leaving them at home.

This article was originally published by The Center for Great Commission Studies and is reposted here by permission.