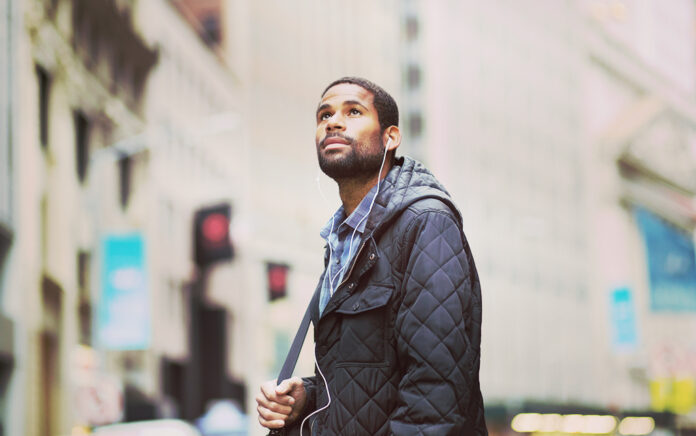 His ways are mysterious, but that should only make us want to worship him more.

On the farm, after we killed the hog, someone had to make cracklings, known otherwise as “cooking the lard.”

A fire was built under a black iron pot into which cut-up portions of the less-desirable fatty hog meat was thrown. As a worker stood by stirring, the contents boiled and bubbled and gradually released the lard, leaving behind a crisp rind (called the cracklin’), sometimes carrying a streak of lean. The lard went into gallon containers for household cooking throughout the year. Cracklins became snack foods for relaxing times, and can be bought commercially today. They’re usually called “pork skins.”

Similarly, the messages I have preached over a half-century have been boiled down to their essence. (No greasy rinds left, however!) Mostly, the result—that is, the gist of my preaching these days—ends up looking something like this:

When God starts to do something eternal, he loves to start small, use ordinary people, employ the most surprising methods, and take his own good time about it. Only people of faith will still be standing by at the end, to see what God has done, to behold his glory.

Our Lord, being God, can do this any way he pleases. But what I have learned and what I preach is that his way usually involves the following:

The Lord began a nation with Abraham and Sarah. He began to deliver Israel from Egypt with an 80-year-old has-been, Moses. And when the time came to redeem a lost world, he sent a baby. A baby in a stable. In the little town of Bethlehem. To a young Hebrew couple. In the tiny nation of Judea.

That process continues today on every level. When God initiates a great ministry, he starts with the germ of an idea or a burden on someone’s heart, and goes from there.

As Jonathan told his armor-bearer, “It doesn’t matter to the Lord whether he saves by the few or by the many” (1 Sam.14:6).

Is your offering small? Doesn’t amount to much? Read the account of the widow’s tiny offering in Mark 12 and be inspired. Your offering is far greater than you know.

God loves to use ordinary people.

“You see your calling, brethren,” said Paul to the Corinthian church. “Not many mighty. Not many noble. Not many wise according to the flesh” (1 Cor. 1:26). Just ordinary folk.

When Jesus needed 12 apostles, he went not to the rabbinical school nor to the Council of 70, but to the seashore where he chose untrained but hardworking fishermen.

Celebrities and dignitaries have more obstacles to deal with. The common people, pardon the expression, and those who live simply have fewer complications and can respond more quickly. “As Jesus passed on from there, he saw a man named Matthew sitting at the tax office. And he said to him, ‘Follow me.’ So he arose and followed him” (Matt. 9:9).

A worker on the Graham dairy farm in Charlotte, North Carolina, in the 1930s—the man who took 16-year-old Billy Graham to the Mordecai Ham crusade where Jesus saved him—said this very thing:

“You think this lad must have been someone special as a teenager for God to have used him in such a great way. But I tell you he was not. In fact, you could assemble a hundred teenage boys from Charlotte at that time, and if I told you God was going to use one of them to bring the gospel of Jesus to millions, you could not have picked him out of that crowd. Billy Graham was a typical teen. It was as if the Almighty said, ‘Eeny, meeny, miny, mo … I’ll take that one.’”

That’s encouragement for all of us, an excuse for none of us.

God loves to use unorthodox methods.

He used a Virgin Birth, a Roman cross and an empty tomb. He who created the universe from nothing can certainly use any method he pleases.

Those who would be used of Jesus will be asked to give when they have little to give, to love their enemies, to rejoice in adversity and turn the other cheek (see Luke 6:27–38). They will sing at midnight after the beating they received earlier goes untreated and they are locked into a cold prison cell (Acts 16:25). They will rejoice they are counted worthy to suffer for The Name (Acts 5:41).

The Lord’s plan of spreading the gospel to the ends of the earth may require His disciples to be arrested and mistreated and called before Caesar to defend themselves. But when the magistrate orders, “Tell the court what you have been preaching,” the disciple is to let the Holy Spirit speak. This is his chosen method to get the truth to the rulers (see Matt. 10:16ff). So, we must never think the Lord’s plan is being subverted. Often, this is his plan.

God loves to take his own good time.

Many of the prophecies about the Messiah were given 800 years before Jesus was born. For people alive today, that would be the equivalent of the 1200s. The Dark Ages. One night, shepherds outside Bethlehem saw angels who told them “unto you is born this day in the city of David a Savior.” The sheepherders ran into the city, hurrying from stable to stable until they found the little family, and they fell down and worshiped. Then, they hurried out and told everyone the great news. Then, I imagine they went home to wait. And they waited. For decades, they waited. Nothing was happening. And then one day, without a word of warning, an unkempt preacher walked out of the desert and began to preach and baptize at the Jordan. “Prepare ye the way of the Lord!” was his message. Jesus was near.

Three years later, on a mountaintop angels said to a group of bewildered apostles, “Don’t stand here gazing into the heavens. This same Jesus will come again in like manner as you have seen him go.” It’s been 2,000 years since that promise was given. Is it still good? Should we still be expecting his return? “With the Lord, one day is as a thousand years and a thousand years as a day” (2 Peter 3:8).

When you start following Jesus, you may want to throw away your clock and your calendar. He operates on his own schedule.

The problem is that we humans don’t have the time or patience to do things God’s way. He starts small, but we love bigness. He uses ordinary people, but we prefer celebrities. He employs any kind of method that suits him, but we prefer to stay with the tried and true, what worked last time. God takes all the time he pleases, while we want our prayers answered by suppertime, please.

Only people of faith will follow Jesus. And only those of strong faith will stay. The way is long and the path is lonely often. You sometimes have more questions than answers and will find yourself wondering, Where is he? I thought he said he would be here.

From Outreach Magazine  7 Things Google Teaches Us About American Evangelism

Not everyone who starts out following Jesus sticks around to see how things work out, to see how all things come together, to enjoy the vindication of Truth and celebrate the victory of righteousness

Some cannot understand how Jesus’ methods apply to their situation and trust more to their own instincts and judgments. These abandon ship. They move along to the prosperity preachers and other false prophets offering simpler programs and more immediate gratification, but have no patience with delayed reward nor appreciation for a Savior who would get himself crucified and then try to make something good from it. (See Matt. 13:21, among other places)

When our Lord commanded us to take care of the needy, the lame and the blind, he promised, “You will be repaid at the resurrection of the righteous” (Luke 14:14). Jesus thought that should be sufficient motivation. Not all agree.

Our Lord said, “When the Son of Man comes, will he find faith on earth?” (Luke 18:8) Will he find anyone still believing, still standing by, still at work. “Blessed is that servant whom his master finds so doing when he comes” (Matt. 24:46).

That’s how He works. Therefore …

• We should beware of placing our agenda, our instructions, our demands before the Lord. He is Lord. He is in charge. Our constant prayers should be “Thy will be done on earth as it is in heaven” (Matt. 6:10) and “What will You have me to do?” (Acts 22:10).

• We should learn to wait upon him. David said, “I waited patiently for the Lord and he inclined unto me and heard my prayer and brought me up” (Ps. 40:1ff). Said the prophet, “They that wait upon the Lord shall renew their strength” (Isa. 40:31).

• We should not quit even when the results seem meager. “Let us not grow weary in well-doing, for in due season we shall reap, if we faint not” (Gal. 6:9).

And so, faithful disciple, “Lift up your head; your redemption draweth nigh!” (Luke 21:28).

From Outreach Magazine  7 Ways to Prepare to Share Your Faith