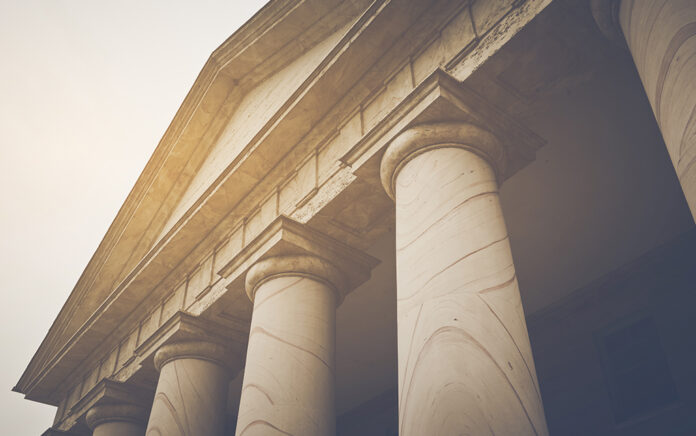 4 Ways to Submit in a God-honoring Way

How do you submit to government leaders when there’s so much about their lives, beliefs, and policies that you disagree with?

This was the apostle Peter’s response 2,000 years ago:

“Submit to every human authority because of the Lord, whether to the emperor as the supreme authority or to governors as those sent out by him to punish those who do what is evil and to praise those who do what is good. For it is God’s will that you silence the ignorance of foolish people by doing good. Submit as free people, not using your freedom as a cover-up for evil, but as God’s slaves. Honor everyone. Love the brothers and sisters. Fear God. Honor the emperor.” —1 Peter 2:13–17

That’s an alarming set of commands given Peter’s circumstances. Peter certainly would not have approved of the vast majority of what the governing leaders of his day did. Had there been a free election, people in the early church would not have voted for any of the Caesars. We have reason to complain about our leaders; Peter had even more.

Peter’s first letter was written around A.D. 60, which means that the emperor he is talking about is Nero. Nero was third in a trio of truly terrible Caesars, a caesarian cuckoo train that started with Caligula and ended with Nero.

Caligula was unfit to keep a pet, let alone run an Empire. Shortly after becoming Caesar, he had his mom and brother killed to make sure they didn’t ever challenge his right to the throne. He openly committed incest with three of his sisters. He installed his favorite horse as a senator and then later promoted that horse to consul.

After Caligula came Claudius, who may have been a hair less crazy than Caligula but was every bit as cruel. Claudius then handed the throne over to Nero—and by “handed over,” I mean Nero’s mom killed Claudius in his sleep so that her son could replace him.

Nero turned out to be the worst of the three; he was one of the cruelest, most sadistic Christian-haters of all time. When Rome experienced a fire that destroyed much of the city, legend has it that Nero stood on his balcony, watching the city burn and playing his harp like he was some kind of tragic poet. He then blamed the whole thing on the Christians and used it as a pretext to have them rounded up and fed to the lions.

This is the emperor whom Peter is talking about when he says, “Submit to every human authority” and “honor the emperor.”

FOUR WAYS TO HONOR YOUR EMPEROR

Peter tells us four things about submission to rulers with whom we don’t just disagree but whose actions, like Caesar’s, may even be contrary to our foundational principles for life.

1. We submit to authority with respect and honor.

Even when we don’t agree with those in authority, we can respect the office they occupy as God-given and worthy of our respect. Peter recognizes that God has established authorities—presidents, kings, judges, law enforcement officers—as a gift to humanity. When those within these roles are evil, we must rebuke them (more on that in No. 4 below), but we must always do so knowing that the offices they occupy should be respected.

We generally think of submission as the role of those who don’t have power to resist. That’s not Peter’s perspective. He says we don’t obey our leaders out of obligation, but out of freedom. As Christians, we are under the authority and control of no one but God. But, in that freedom, we are still God’s servants, and he wants us to submit to them for his glory and the cause of Christ—“for it is God’s will that you silence the ignorance of foolish people by doing good” (v.15).

3. In submitting to authority, we never disobey God’s commands.

There are certain lines we should never cross. For instance, if the government tells us we cannot preach Jesus as the only way of salvation, by God’s grace, we won’t change our message one bit. We will continue to hold up the Bible and teach what it says, however offensive that message is to those in power. Following Jesus, the church believes that marriage should be between one man and one woman, that unborn lives are made in God’s image, that racial injustice and discrimination must be opposed. This kind of perspective doesn’t fit a political perspective, so if our political leaders tell us to be more like them, we will simply reply, “We follow Christ.”

4. Honoring emperors does not preclude speaking out against evil.

Honoring everyone and loving the brothers and sisters means listening to them and speaking up for their suffering. Furthermore, we live in a country where peaceful protest is a constitutional right, and we get to choose our own “emperors.” The way we engage in the political process should reflect our love for others, which is what many of the recent protests in our nation are attempting to promote. We honor others by defending their right to protest and defending their right to vote differently than us. (And we would do well to try understanding their perspective, too.)

Honoring the emperor and loving one another must be held in balance. Dr. King expressed this balance well in his Letter from a Birmingham Jail. He encouraged his movement to obey every law they could, disobey only those laws that were egregiously unjust, and to practice this civil disobedience as peaceably as they could.

Living with this tension is going to make us odd because people want us to be completely on one side or the other, either pro-emperor or anti-emperor. But a Christian is not captive to any emperor, and that means we honor them all and critique them all. We are not the tribe of the donkey or the elephant. We are the tribe of the Lamb.

This does not mean we can’t belong to a political party. It means that, at our core, we stand above and apart from all of them, willing to honor and praise rulers from both parties where we can and critique them where we must.

If we were to live this out, I believe we would be as odd today as the disciples were in the first century. In the midst of partisan fighting, we would stand out as people who show otherworldly grace, wisdom … and honor.

From Outreach Magazine  How to Create Disciple-Making Environments