Home Features How to Live as Christians in Politically Divided Times 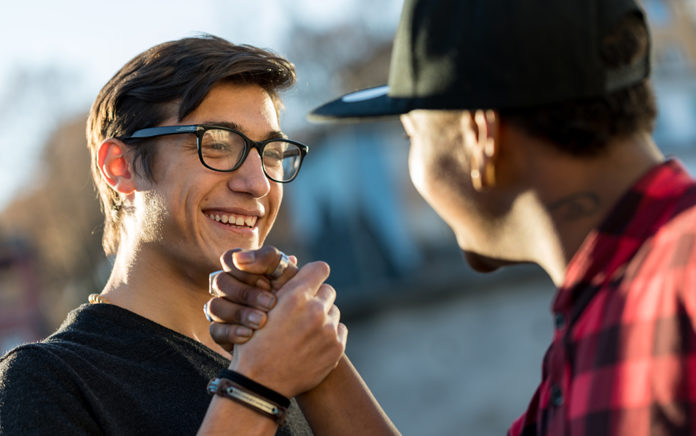 Learning from the past

For many people, this has been a really challenging and politically divisive time. If it has not been for you, it is likely you only spend time with people who think just like you, which isn’t good for you. The good news is that we are not the only Christians to live in a politically divisive time, so thankfully we can learn from those who have gone before us. Here are three ways we should be living:

1. Remember Our First Allegiance Is Jesus and His Kingdom.

Few would admit politics or a political ideology has become their god or their religion, but we are wise to ask the Lord to search our hearts. Where have you placed your hope? Who has discipled you this last year, Jesus or your favorite news anchor? What are you most passionate to speak about? When leaders told Peter and John, two of Jesus’ disciples, that they had to stop speaking about Jesus, they replied, “we can’t help but speak about the things we have seen and heard” (Acts 4:20). In a politically divisive time, what Peter and John could not contain themselves from speaking about was Jesus.

Trusting something other than Jesus ruins us. My heart breaks for the alcoholic who keeps running to the bottle for relief, though the bottle is destroying him. My heart breaks for people who keep running to politics, on both sides, for their hope. It breaks my heart when people run down rabbit holes of misinformation for relief even though they are only destroying people with anger. Like a drug, political rabbit holes promise solace but only deliver on anger and disappointment when “the prophecies” don’t come true. Run to Jesus. Every single prophecy about him has come to pass. He is true.

From Outreach Magazine  6 Tips for Reaching Your Next Generation Supporters

Ultimately, our citizenship is heaven. As much as I love America, America is not our forever home. We won’t be around the throne in eternal glory celebrating America. We will be celebrating the worth of our God. We won’t be singing the “Star-Spangled Banner” (as much as I am glad to sing it now); we will be singing about the Lamb of God who has rescued us.

2. Be Convinced and Kind.

Compared to God’s people throughout the centuries, we are a rarity in that we have a political voice and vote. Most Christians throughout the centuries lived under a monarchy with no political voice. In fact, when Peter and Paul wrote to pray for our leaders and honor them, they were writing about leaders who would kill them. The early believers did not have a seat at the political table, but they still cared for all that the Lord cares about and found ways to serve people and to represent Christ. Larry Hurtado, in his book Destroyer of the Gods, pointed out that Christians in Rome were passionate for all ethnicities, the poor, a countercultural sexual ethic, and the children who would be killed by infanticide. May our political voice not make us complacent in finding ways, outside of politics, to care for all the Lord cares about. We should engage politically because we can, but we can and must engage more than politically.