Home Features George Floyd and Grieving With Those Who Grieve 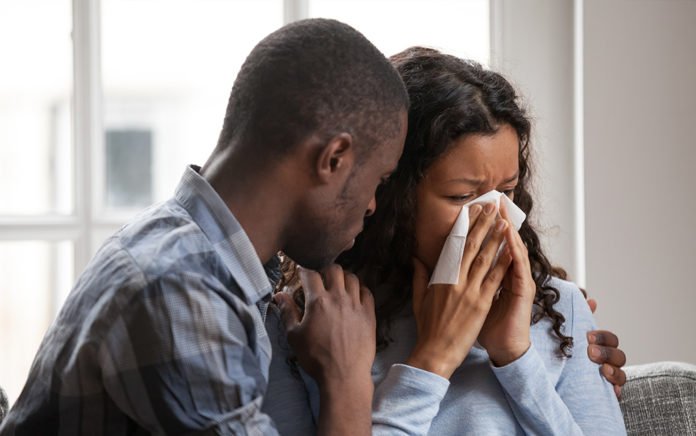 The death of George Floyd reminds us that justification and justice go hand in hand.

Several years ago, I was speaking at church where I frequently spoke, among people I loved and who loved me, and during a sermon I referenced that many in the body of Christ, our African American brothers and sisters, were hurting. And that when brothers and sisters in Christ are hurting, we should listen, care and grieve alongside them. I expressed how God cares that people created in his image are treated rightly. I preached that racism is a violation of God’s creative design, as he has created all people in his image, and a deep contradiction of his love and desire for all people.

Several people walked out of the service and complained that I was being political. Such is always the risk, it seems, when bemoaning an injustice.

Within the last few weeks we have seen horrific videos of the deaths of Ahmaud Arbery (though his death was months earlier) and George Floyd—two African American men. The videos are heartbreaking and nothing occurred beforehand that would justify the actions we see so clearly in the videos. One video shows Arbery hunted and surrounded. Another video shows Floyd lying face down, already handcuffed, with an officer kneeling on his neck for minutes while Floyd declares he cannot breathe.

People should not be treated this way; must not be treated this way. God is grieved and his name is defamed as people he loves have their dignity and worth so terribly violated. This is not right. Obviously, the families and friends of these men are grieving deeply, but also those who have suffered through the pain of racism hurt terribly with each of these moments. But all of us should grieve. In the body of Christ, it should not only be our African American brothers and sisters who are hurting. We should all hurt.

Important sidenote: Declaring George Floyd’s death as unjust does not lower my view of police officers as a whole—men and women whom I respect tremendously who put their lives on the line to protect us and to serve us. Let me compare it to my own role. As a pastor, I also have deep respect for pastors. But my respect for pastors has not stopped me from grieving and speaking and writing when pastors have disqualified themselves because of deep character implosions. In fact, it is actually my respect for the role of pastor that has motivated me to confront or say, “This is not who we are.” In other words, speaking out about an injustice does not contradict my deep respect for the role.

Back to several years ago. As I drove home after preaching—thinking of those who were disgusted with my message so much that they had to leave—I was perplexed. I was perplexed at how there could be such a disconnect between seeing God as just and as justifier, between seeing God as the One who wants to make people right with himself, and also the One who insists that people are treated rightly. How can one “amen” when hearing about justification and scowl when hearing about justice? How can I, as a preacher, help people see the connection more clearly?

Tim Keller wrote, “To work against social injustice and to call people to repentance before God interlock theologically.” God wants us for himself, so much so that Christ came as our justification. Because we are so valued by him, he came to die. But the message of justice is equally true—that God insists that people, the crowning work of his creation, be treated with dignity, care and respect.

May we be a people who cares for both justification and justice. May we long for people to be made right with God and be treated rightly. And may we grieve with those who grieve.