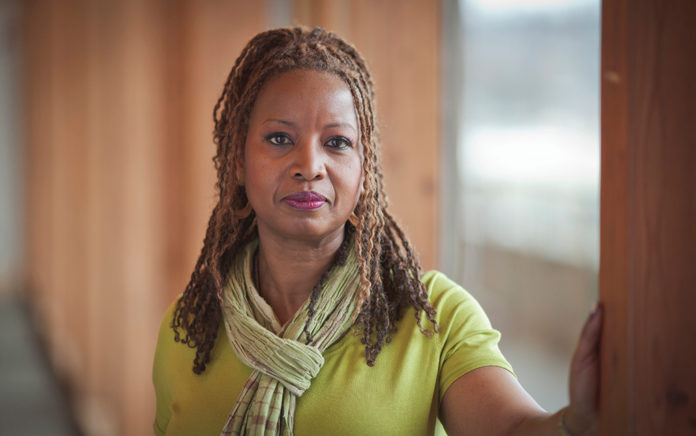 The Pursuit of Equality, Justice and Civility Involves Publicly Protecting Those Who Are Under Threat in These Racially Charged and Politically Divisive Tmes.

We live in racially divided and frightening times when the path to justice, reconciliation and solidarity with our brothers and sisters in Christ is not always clear. This week, we are revisiting timeless comments from several of Outreach magazine’s contributors to help shine a light on the way forward. This article from Brenda Salter McNeil is a timely reminder of the power of standing together in solidarity.

I was never more proud to be a member of my church than the day the pastors and staff stood to protect my life.

It was the day after a violent rally where hundreds of white nationalists, Ku Klux Klan members and neo-Nazis descended on Charlottesville, Virginia, to protest the removal of a Confederate statue. They came with helmets, shields, baseball bats and carrying Confederate flags and placards bearing anti-Semitic slurs.

A young white supremacist drove his car into a crowd of people who were protesting this white supremacist gathering, killing one woman and injuring many others—two police officers also died in a helicopter crash while trying to monitor the situation and protect the crowd.

The next morning I was scheduled to preach at my local church and knew I’d address this tragic event in my sermon. During worship, the pastors and I noticed a young white man, who came in and stood by a chair directly in front of the pulpit. He acted odd and kept looking over his shoulder as if he was watching for something.

My heart began to beat fast as I felt a palpable sense of fear! I turned to one of the pastors and asked if he knew this young man. He quickly said, “No,” and added that he also felt concerned. I literally did not know what to do but now it was time for me to preach.

From Outreach Magazine  Why Does God Let Us Keep Struggling Against Sin?

When I got on stage, I realized that the pastors had instinctively devised a plan. They sat on the front row in various places, confidently looking directly at me. Their eyes said, “You don’t have to worry. We got you! We’re not going to let anything happen to you.”

It was clear that they took my safety as a black woman, who preaches about reconciliation, seriously. They did not minimize or dismiss my worries by suggesting that I was making too much of the situation. Nor did they sit silently by, doing nothing. No, they showed up in solidarity with me and I have never felt more loved by my church!

They didn’t just talk about love, using fancy Christian platitudes. They proved their solidarity by being willing to defend, protect and keep me safe.

This is what it looks like to support people of color and to be in solidarity with others. The pursuit of equality, justice and civility involves publicly protecting those who are under threat in these racially charged and politically divisive times.

This active solidarity creates opportunities for us to bear witness to the unifying power of Jesus Christ to heal broken relationships and systems, bringing social change.