Home Features How to Be Steady in a World of Worry 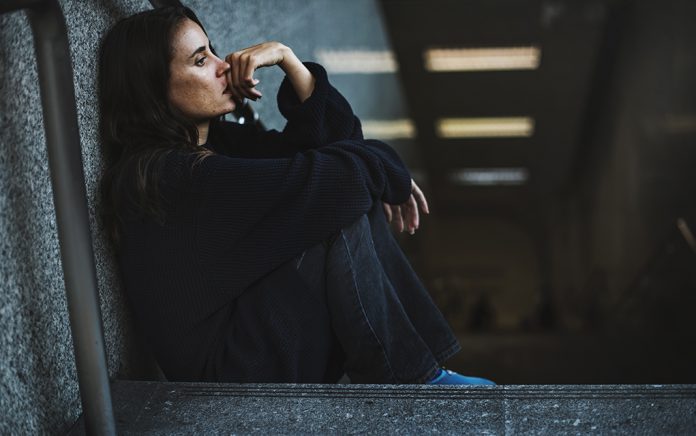 It’s time to take out the trash.

Charlie Brown said, “I have a new philosophy; I’m only going to dread one day at a time.” That’s an insightful thought about worry. Anxiety, fear and worry are big issues in our nation today. And now medical experts are telling us the prevalence of anxiety across the country and around the world has reached a crisis level.

When things are going well, we worry about how long it will be until they start going badly again. Yet Jesus said, “Today’s trouble is enough for today” (Matt. 6:34). In other words, you have enough problems to face today, so don’t start worrying about tomorrow and the day after and a week after and a month after.

When we find ourselves filled with anxiety, worry and stress, we need to take out the trash. The trash is picked up once a week at our house, and I’m glad about that. In the same way, we need to give our worries to Jesus Christ. The Bible says, “Give all your worries and cares to God, for he cares about you” (1 Peter 5:7).

In the original language, this signifies a definite act of the will by which we choose to stop worrying and instead let God assume the responsibility for our welfare. It’s essentially saying, “I’m deliberately choosing to not worry about this. I’m intentionally throwing this on God and putting it in his hands. And I’m leaving it in his hands.”

You don’t empty your trash once a month. You do it weekly and sometimes even daily. It’s the same with our worries. Sometimes we have to keep coming back to the Lord again and again. Some days we have to bring it to him more often than other days, depending on what we’re facing in a given moment.

Jesus also said, “So don’t be afraid, little flock. For it gives your Father great happiness to give you the kingdom” (Luke 12:32). We learn three things about God from that brief verse: God is our shepherd, God is our father, and God is our king.

God is in control of our lives, and nothing catches him by surprise. He knew it was coming. And if something is a concern to you, then it’s also a concern to him.

Here’s another thing we need to keep in mind: There are no accidents in the life of a Christian, only providence. We as believers do not believe in fate. We believe in faith, and we believe that God is in control. When it seems as though your world is coming apart, God is aware of it. And remember, you’re not alone in your suffering. Others have experienced something very similar, if not the same thing. Others are currently going through it. And others will go through it in the future.

The Bible even tells us this:

“The temptations in your life are no different from what others experience. And God is faithful. He will not allow the temptation to be more than you can stand. When you are tempted, he will show you a way out so that you can endure.” —1 Corinthians 10:13

If we’re suffering with something and then find someone else who has suffered with the same thing, or maybe something even worse, it’s very helpful to talk with them. This is where community comes in. It’s where the church family comes in. It’s also the reason we shouldn’t try to be solo Christians.

We need our Christian friends. We should never isolate ourselves and disconnect from other believers. When we’re not around those who can help us, we can get into a funk.

From Outreach Magazine  Did Jesus Have a Sense of Humor?

By the way, this happened to men and women of God. For instance, Elijah, after his great victory over the prophets of Baal on Mount Carmel, made his way to a cave. Then he went into a deep depression.

While he was there, the Lord actually spoke to him and said, “What are you doing here, Elijah?” (1 Kings 19:9). I have found that low lows often follow high highs. Elijah had a big moment, and then he had to return to reality.

God is near, and he will be with us if we call out to him. He reminds us in Isaiah 41:10, “Don’t be afraid, for I am with you. Don’t be discouraged, for I am your God. I will strengthen you and help you. I will hold you up with my victorious right hand.”

I heard a story about a man who came face to face with the dangers of worry. One day he saw Death marching toward a city, and he said, “What are you doing?”

“That’s horrible!” the man said. So he ran ahead and warned everyone that Death was coming at the end of the day.

As the sun was setting, the man saw Death leaving the city. He said, “Wait a second! You told me you were going to take 100 people. A thousand people died today!”

That’s what worry can do.

If you’re dealing with depression, anxiety and fear, take your eyes off yourself and put them on God. And remember this: You are not alone. Despite your circumstances or certain challenges you may be facing, despite everything in life that you’re dealing with, God is still in control. So give all your worries to him.