Home Features Why Does God Let Us Keep Struggling Against Sin? 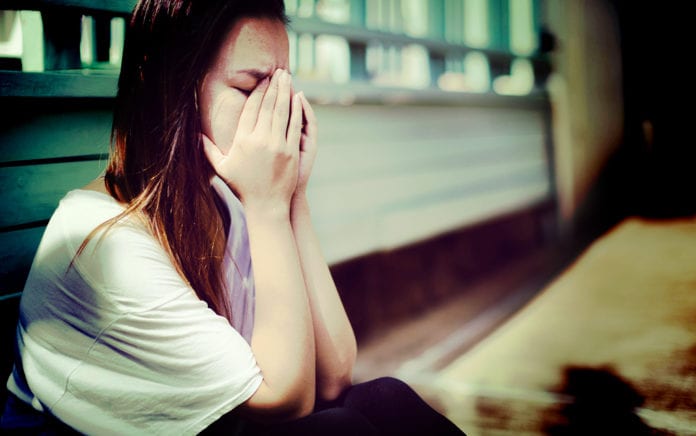 The surprising way God’s love is revealed in our continued struggle with sin.

One of my favorite books is the Select Letters of John Newton. Newton is most famous for writing “Amazing Grace,” but he also pastored a small church in 18th-century England. Throughout his ministry, he often wrote other believers letters of encouragement. I love these letters because they represent the same depth and wisdom we see in “Amazing Grace” but in varied circumstances.

My favorite letter is one Newton wrote when he was 83 years old. In this letter to a fellow pastor, he confessed that he had always assumed, after walking with God for 40 or 50 years, that he would have made more progress in the Christian life. He wondered why, at 83 years old, the temptations of the flesh were still as strong in him as they were when he was a young man.

Growth in grace means growing in your awareness of your need of it, not getting to a place where you feel like it’s no longer necessary.

That’s what we see happening with Paul at the end of Romans 7. It’s like he collapses in worship as he cries out, “What a wretched man I am! Who will rescue me from this body of death? Thanks be to God through Jesus Christ our Lord!” (Rom. 7:24–25)

C.S. Lewis said that sometimes God will let you struggle with a smaller sin to keep you from a bigger one: pride. Sometimes you will struggle so that you can only fall down in worship like Paul.

From Outreach Magazine  4 Reasons Every Pastor Should Journal

God uses our ongoing struggle with sin to grow our appreciation of grace. In Romans 7, Paul describes himself as a religious person, whose conscience submitted to the law of God but whose heart chafed against it. He turned in desperation to God’s grace in Christ knowing he needed forgiveness. But even after accepting Christ, he still struggled with his sinful heart.

This makes his strange analogy in Romans 7:1–6 (about a woman and her dead husband) such a brilliant illustration, because it shows us how we can learn to love God’s law again.

Before we met Christ in the gospel, Paul said, we were married to the law. The law was the way we sought to establish our worth, the code we kept to prove to ourselves and others we were worth accepting. But all that produced was frustration, insecurity, doubt and jealousy.

When we became Christians, we died to the law and used it as a means to elevate ourselves in the eyes of God and others. When we were saved by the free gift of Jesus, we got married to him. Receiving his love in the gospel is what produces love in our hearts.

The love of God does what the law could not. When we were married to the law, it was a way to gain acceptance from God, but now that we have been saved by Christ, the law is a way to please the one who saved us.

We obey the law not to gain acceptance by God but because we already have acceptance. We are no longer motivated by fear but by love.

Tony Evans says when you walk into a house with a dog, you can always tell the difference between a grace dog and a law dog. A law dog always has its tail tucked. It’s afraid of its master. The master says, “Do this, or I’m going to smack you with the paper.” It is a miserable dog. But a grace dog’s tail is wagging when its master comes home because there’s a relationship there. The dog just wants to be with the master and make him happy.

From Outreach Magazine  Equipping Younger Leaders to Reach the Next Generation

God wants grace dogs, not law dogs. He’s not after obedience, but an entirely different kind of obedience.

Because here’s what happens when you are married to Jesus: “You belong to him who was raised from the dead in order that we may bear fruit for God” (Rom. 7:4).

As we fellowship with our crucified and risen Savior, we start to bear the fruit of change. When a man and woman get married, the fruit of their intimacy is a child. They’re not thinking about the mechanics and science of making a child. They’re only thinking about each other. And the child is the fruit of that intimacy. In the same way, you don’t produce righteousness by thinking, “I’ve got to have more love; I’ve got to have more joy.” No—you just get swept up in this moment of loving intimacy with God. As we rejoice, rest and revel in the love of God, true spiritual fruits are produced.

When we experience the freedom of knowing that God accepts us, not because we can make our flesh act rightly, but as a free act of grace based on what Jesus did, we receive the strength to begin to act righteously.