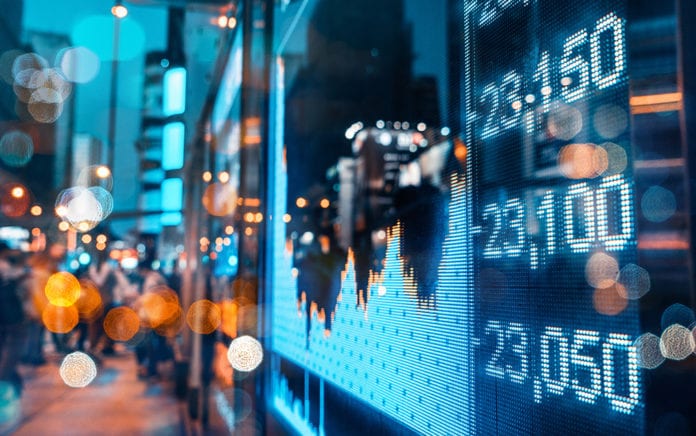 Sometimes we treat our faith more like a mutual fund than a dependance on the promises of God.

When God promised to make Abraham the father of a great nation, there were a lot of discouraging things Abraham could have thought about as he considered his future. But according to the Apostle Paul, Abraham didn’t think about those things. Instead, he chose to focus on God’s power: “He did not weaken in faith when he considered his own body to be already dead (since he was about a hundred years old) and also the deadness of Sarah’s womb” (Rom. 4:19).

If God’s promise to Abraham were made to us (“You’re going to have a baby at 90 years old!”), we might say, “OK, God. Thanks.” Then we’d head right to the Internet to search for home remedies: “How to have kids when you’re 90.”

I’ll save you a minute and tell you that Google returns zero search results.

We want to hedge our bet. We’re hoping God keeps his promise, of course, but we’ve got other ways of getting it done if he doesn’t.

It’s what Pastor Tony Evans calls “mutual fund faith.” If you’re in the stock market at all, you know a mutual fund is a way of spreading your investment risk. It’s a really big fund where people have pooled their money and you invest in a lot of different companies instead of just one. Your risks are spread out, so if one company fails, the risk is mitigated.

There’s wisdom in mitigating your risk with a mutual fund. But that’s toxic when it comes to God. And yet that’s precisely what many of us do. We hedge our faith.

1. We Hedge Our Faith by Refusing to Embrace Our New Identity in Christ.

Many of us walk around with a vague sense of guilt, disapproval, and fear, feeling like we can’t forgive ourselves and still need to prove ourselves. We refuse to believe what God has said he has done.

Friend, according to the gospel, you are forgiven. There is nothing you can do to make God love you any more than he does right now, and there’s nothing you’ve done that could make him love you less. It’s time to embrace that and worship God for it.

The moment you accepted Christ, you became a chosen, adopted, cherished son or daughter of God (Eph. 3:20).

You have been appointed to walk in victory (Rom. 6:2).

Goodness and mercy will follow you all the days of your life (Ps. 23).

Here’s my question for you: Is this how you walk through life? If not, it may be because you’re hedging your faith.

2. We Hedge Our Faith by Failing to Face Tomorrow in the Confidence of God’s Promises.

We think our past failures define our future. But faith says our future is not determined by our past but by the promises of God.

Then, Jesus jumps off the top rope and takes out the world, the flesh, and the devil while you sit on the sidelines and catch your breath.

3. We Hedge Our Faith by Refusing to Fully Obey.

We often want to do things God’s way, but we are not confident enough in him to go all the way.

Paul said in 1 Corinthians, “I’ve risked everything on the truth of the gospel. If God’s promises aren’t true, then I’m a fool.” In contrast, most of us say, “I hope the gospel is true. But I’m still making choices that I think will bring me happiness if it’s not true.”

For example, dating couples won’t wait for God’s choices or follow his plan for sex and marriage. Couples that are living together might be scared of God’s wrath, but they don’t trust him enough to submit to his wisdom. They’re hedging their faith.

Married couples that are frustrated and unhappy might seek divorce or romance outside of marriage instead of sticking with their marriage and trusting God with their problems. They’re hedging their faith.

Teenagers and college students want to belong to Jesus, but not enough to fully surrender. God has told some to leave their careers and go to the nations. Instead, they’re hedging their faith.

Some people even do this in relation to the church. They know they need Christian community in their lives, but they don’t want to join and commit because it’s too messy. They’re hedging their faith.

Others think money is essential for happiness and security, so they can’t give to God what he asks. In hedging their funds, they’re hedging their faith.

When our focus begins to drift from God to us, it doesn’t usually start with us rejecting God. It starts with us hedging our bets. Take a close look at your own decisions, motivations, fears, and hopes. Where are you hedging your faith today?