Home Features Hope in the Midst of Failed Resolutions 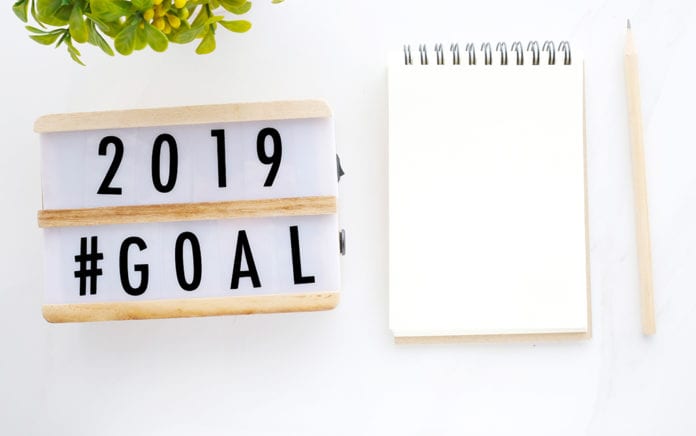 Chances are good that you’ve already failed to fulfill your New Year’s resolutions. But that’s OK.

We’re just over a month into the new year, and with each day that passes I’m hearing less and less about the New Year’s resolutions people set just a few weeks back.

(Okay, maybe not that last one, but it could be somebody’s resolution.).

I hate to be a Debbie Downer, but whatever your New Year’s resolution is this year there’s a high chance that you’ve already failed at it. Maybe it wasn’t a big fail, but whether it was skipping the gym one day to sleep in or mindlessly pulling up Facebook when you should have been playing with your kids, you’ve failed a little bit at what you set out to do starting January 1st.

Here’s the truth: Whether it’s a New Year’s resolution or just life in general, we are going to fail. We’re human. We will screw up. It might seem like others don’t fail (people don’t usually post their failures on Instagram), but they absolutely do. They, and you, will (and probably already have) failed. But what matters more is what happens after we do. What we do next. Where we show our true character isn’t in whether or not we fail, we will. Where we show our true character is what we do after we fail. Now, this isn’t an excuse to fail or screw up. It’s not a permission slip to do whatever we want—far from it. Instead, it’s just reality: We are going to fail. But this year, instead of letting your failures define you, let them refine you. Instead of letting a failure define the person that you are, let that failure make you a better person. Let your failures make you more like Jesus.

God, when I fail, what do you want to teach me?
When I break a promise, what do I need to learn?
Lord, when I screw up, is there anything I need to make right?
But more than that, what are you wanting to teach me through even this?

Personally, I hate failing. It can be embarrassing. It can hurt. You look stupid. And yet honestly in my own life failure is where I’ve learned the most in my relationship with Jesus, as a leader and as a human being.

While we may fail time and time again—at our New Year’s resolutions, at keeping good habits, at following Jesus, at life—the good news is, Jesus never will.

We may think we can keep our promises and resolutions, when the truth is, we can’t. But God can. This year we will screw up, we will drop the ball, we will fail, but Jesus never will.

So, in the midst of all that failure, my hope for us in 2019 is this: Give yourself a break.

Looking into this new year, simply give yourself a break. Extend yourself some grace. If Jesus can and does, so should you.

Stop listening to the lies you tell yourself.
Stop beating yourself up.
Stop replaying what you did or didn’t do.

Give yourself a break.

Every time we screw up it just reminds us of our need for Jesus. In our weakness we’re reminded that only he can make us strong. And when we fail, we can have hope, knowing that he never will.

Just because you screwed up your New Year’s resolution doesn’t cancel out all the progress you’ve made. Ask God for his strength, and pray for his help in putting one foot in front of the other to keep going.

Want to have your best year yet? Give yourself a break. If we just gave ourselves a little bit of grace each time we failed, I know we’d not only accomplish our New Year’s resolutions, but also succeed at way more than we ever thought we could this year.

This year it’s time—give yourself a break.

This article originally appeared on AdamWeber.com.