Home Features Why ‘Good People’ Miss the Kingdom of God 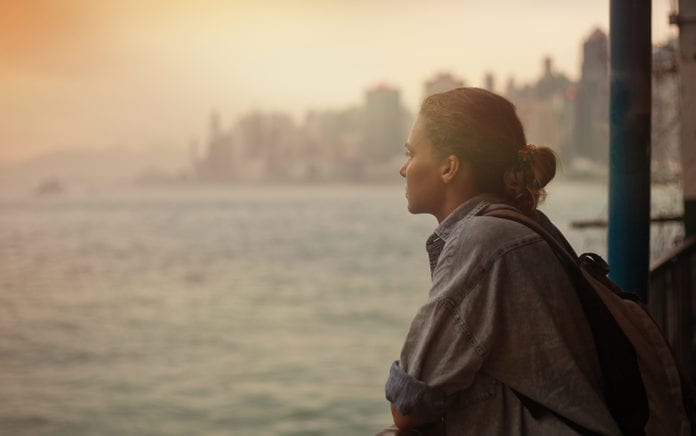 Jesus directed many of his most startling warnings at religious people. Here’s why.

It’s surprising—baffling, really—that religious people are the group that misses Jesus more than any other.

We see this quite clearly in Luke 14, when Jesus tells a parable about a huge party. When the master’s invitation was met with a series of excuses, the master does the unthinkable: He fills his lavish party with the dregs of society. Then, Jesus delivers the punch: “For I tell you, none of those men who were invited shall taste my banquet’” (Luke 14:24).

Up until this point, he’s been telling a story, but now he shows it’s personal to him. He’s the Master in this story, and those sitting in front of him are the ones making the excuses.

This parable is Jesus’ summation of Israel’s response to him: God had invited them to his kingdom, and they had (on the surface) accepted, but now they are making excuses as to why they can’t come.

These are really religious people, of course—they had accepted the first invitation and considered themselves God’s people. But now that Jesus is here and inviting them to follow him, they won’t respond.

This parable shows us three reasons religious or “good” people miss the kingdom of God:

1. Some Miss the Party Because They Fail to Recognize the Importance of the Invitation.

When Meghan Markle and Prince Harry got married this year, a huge error was made when the invitations were sent out, one for which Buckingham Palace has not yet apologized: I never got my invitation.

I went online to see what an invitation looked like (so I wouldn’t accidentally throw mine away by mistake), and I found one. The opening line was awesome: “The Lord Chamberlain is commanded by the Queen to invite …” and then it goes on to put the invitee’s name.

Now, I wonder how many people received that invitation and were like, “Oh, bummer. I’ve got some oxen I need to check on,” or “I’ve got some land I’ve got to go take a look at.” If the Lord Chamberlain were commanded by the Queen to invite J.D. Greear to Buckingham Palace, well, I’m going, oxen or no oxen.

From Outreach Magazine  Out of Our Ghettos

The Lord Jesus Christ has been commanded by the sovereign God to extend to you an invitation to his banquet! It’s the most important invitation you’ll ever receive.

2. Some Miss the Party Because They Feel Unworthy.

The story Jesus was telling was scandalous because rich, important people would never invite the poor, the lame, the blind, and the outcast to their homes for a social gathering.

But that’s who Jesus says God invited, and, just as Jesus’ audience was surprised at the idea, a lot of people today miss the party because they don’t believe God would ever really want them there.

There’s something instinctive in us that feels like we have to earn whatever we receive.

When I was single, I felt like I was forever showing up at places (like church potluck dinners) where people had brought food and I hadn’t brought any. It never bothered me; I just embraced grace and dove right in.

Then I got married, and my wife wouldn’t let me do that anymore. Her thinking is, If we don’t bring anything, then we have to go home. We can’t take part in the blessing if we haven’t contributed.

When it comes to potlucks, my wife is right. But in theology, that attitude is dangerous. With God, there is nothing we can bring to the table that would make us more worthy. In his grace, he has covered our unworthiness with his righteousness.

We are the poor, blind, crippled, and lame.

Yet, this is the gospel: God has invited us to his banquet, and he doesn’t expect us to contribute anything. The invitation is for us, no matter what highway or hedge we find ourselves in.

From Outreach Magazine  The Missing Piece of the Church Planting Puzzle

3. Some Miss the Party Because They Refuse to Acknowledge That They Are Unworthy.

While some deem themselves unworthy, others miss the party because they refuse to acknowledge that they are unworthy, which is why they don’t take Jesus seriously. Like the religious community in Jesus’ day, they neglect Jesus because they don’t see how desperate they are for God’s salvation.

Religion is the number one substitute for genuine faith. Religion convinces you that you are worthy and gives you a list of things to make yourself more worthy.

Religious people would rather have a religion that just teaches us to live a good life, to be a social activist, to be generous, to be a better you, to live strong. So far as Christianity has gone mainstream, people have corrupted it to say just that. The details change from generation to generation, but our tendency to water down the gospel never does.

But “being good” isn’t the gospel. The gospel is that we are God’s enemies. All our best deeds are a filthy rag. We don’t need to be a better us. We need a new us.

The poor in spirit see Jesus’ invitation for what it is—something they are desperate without—so when they hear it, they treat it with the utmost importance and cling to it with all their might.

“Nothing in my hand I bring,
Simply to thy cross I cling;
Naked, come to thee for dress,
Helpless, look to thee for grace.”