Home Features The Real Power of the Most Misunderstood Viral Verse 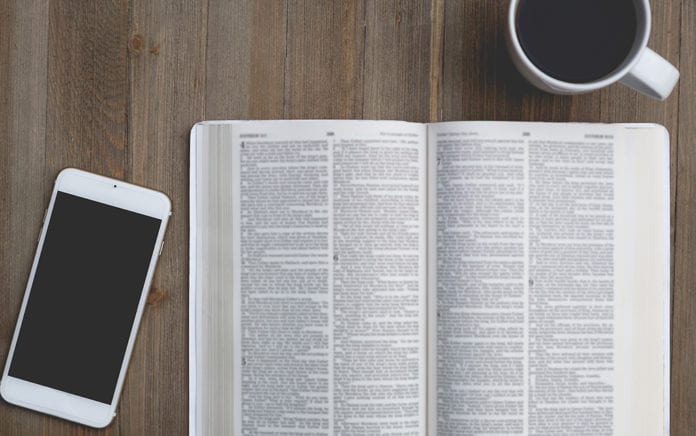 There are many misunderstood viral verses, none more so than Philippians 4:13.

A few months ago, in light of its 25th anniversary, the online Scripture resource Bible Gateway revealed its five most searched Bible verses. The most searched, John 3:16, probably wouldn’t surprise. Nor would the other four: Jeremiah 29:11 (“For I know the plans I have for you …”), Philippians 4:13 (“I can do all things …”), Psalm 23:4 (“Even though I walk through the darkest valley …”) and Romans 8:28 (“And we know that in all things God works for the good …”).

What is interesting about the most viral verses being tweeted, hashtagged, shared, favorited, bookmarked or highlighted—whether through Bible Gateway, YouVersion or any other source—is that the reason they are going viral has little to do with the actual meaning of the verse itself.

Take Philippians 4:13 as an example: “I can do everything through him who gives me strength.”

It’s easy to see why this would go viral. If you want a “name it and claim it” verse that you can name and claim for almost anything, this is it. It tells you that you can do anything with Christ on your side because you’ll have his strength. Which means nothing is impossible; nothing is insurmountable. You can do anything and everything through Christ who strengthens you. And the idea is that he can and will strengthen you.

You can overcome that obstacle.

You can climb to new heights.

You can embrace your destiny.

God said you can, so you can!

So do you want to: Secure that job? Find that soulmate? Make more money? Get that house? Land that deal? Get that part?

From Outreach Magazine  3 Things Millennial Leaders Need From the Church

No problem. You can accomplish all things through Christ.

But is that what it’s saying?

Paul wrote the letter to the church at Philippi while imprisoned in chains in Rome. The section of the letter that contains its most viral verse was an interesting one. Paul was not only in prison, but he wasn’t doing well physically. The Philippians knew that he wasn’t doing well physically and Paul knew they were concerned about this, so in this section, he addresses that concern:

“I rejoice greatly in the Lord that at last you have renewed your concern for me. Indeed, you have been concerned, but you had no opportunity to show it. I am not saying this because I am in need, for I have learned to be content whatever the circumstances. I know what it is to be in need, and I know what it is to have plenty. I have learned the secret of being content in any and every situation, whether well fed or hungry, whether living in plenty or in want. I can do everything through him who gives me strength.” —Philippians 4:10–13

The context is about finding contentment in Christ independent of circumstance, particularly when those circumstances include suffering. It’s not about the ability to succeed, gain accomplishment, break through a barrier, finish a race or win a game. It’s about finding strength in Christ to be content in the midst of hellish circumstances; it’s about getting through times of persecution.

A few years ago, Jonathan Merritt insightfully wrote on the misunderstandings surrounding this very popular verse, noting that Paul isn’t telling people they should dream bigger dreams. He is reminding them that they can endure the crushing feeling of defeat if and when those dreams aren’t realized. He’s not encouraging Christ followers to go out and conquer the world. He’s reminding them that they can press on when the world conquers them.

He didn’t live a life of “if only,” he lived a life of “as only.” Meaning, “as only” someone in a relationship with Christ can.

… it deserves to go viral.