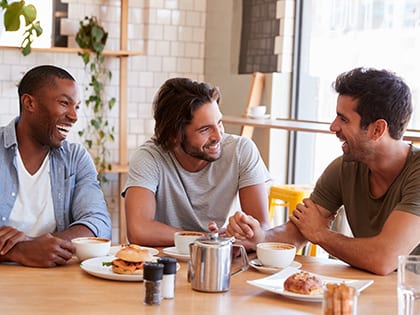 We have a finite time in this world and have been given talents to invest. Invest them well.

Life is filled with opportunities, but the big question is what we do with them. Do we let them slip by, saying, “Maybe next time. There is always another day”? Or, do we seize them? We may not have as much time as we think.

Ephesians 5:15 says, “So be careful how you live. Don’t live like fools, but like those who are wise.”

Jesus told the story of a man who went on a journey and left his money with his servants. This was not an uncommon thing in those days. A wealthy man or a ruler would have many servants in his household, from those who performed basic labor to those who managed the financial affairs of his household, even his business. In many cases some of the man’s servants would be better educated and skilled than he was. Highly trusted slaves had a virtual free hand within prescribed areas of responsibility while the owner was at home.

When the owner would go on a journey, he would leave full authority in the hands of these key servants, who would have the ancient equivalent of a power of attorney. So Jesus described a scenario in which a wealthy man went on a journey and left the key servants in charge of his possessions. It’s difficult for us to know exactly what sum he left them, but one possibility is that he gave the equivalent of $5,000 to the first servant, $2,000 to the second servant, and $1,000 to the third.

From Outreach Magazine  A Powerful Lesson From Greyhound Racing

What is Jesus’ story saying to us? I think it’s quite obvious. Jesus is like that wealthy man who goes on a journey, which spans the day he left this earth to the day he returns in the Second Coming. We are the servants he has invested in, and we are to take what he has given us and use it for his glory while we await his return.

In the New Testament a word that is often used for “slave” or “servant” is the Greek word doulos. It’s a term that describes a unique class of servant, not someone who was made that way by constraint or by force. A doulos was someone who had been freed by their master yet still chose to serve out of love. The servant was so thankful for this pardon that he or she would willfully choose to serve.

The apostle Paul often referred to himself as a doulos, and that is what we are as followers of Jesus Christ. Christ has paid an incredible debt for us. He has pardoned us. He has forgiven us. And now we should become his voluntary servants, not because we have to but because we want to—because we love him. We recognize that he has instilled certain things in our lives that we are to use for his glory. Certain gifts. Certain talents. Certain resources. Everything.

Paul wrote, “Don’t you realize that your body is the temple of the Holy Spirit, who lives in you and was given to you by God? You do not belong to yourself, for God bought you with a high price. So you must honor God with your body” (1 Cor. 6:19–20).

In Jesus’ story, the first servant took what he had, invested it, and received a 100 percent return. He doubled his master’s investment. The second, though he had less, did the same thing.

From Outreach Magazine  Erwin McManus: Greatness Lies on the Other Side of Pain—Part 2

This demonstrates that it isn’t a person’s talent that matters as much as how he or she uses that talent. God never demands from us the abilities we don’t have. But he does demand that we should use, to the full, the abilities that we do possess. We may not be equal in talent, but we should be equal in effort.

Take what God has given to you and do the most that you can with it for his glory. God can do a lot with a little. If you don’t believe me, just ask the boy with the five loaves and two fish who gave everything he had to Jesus. It didn’t seem like a lot, but Jesus used them to feed a hungry multitude. Jesus can take a little, bless it and multiply it. He can use it beyond our wildest dreams.

If we will humble ourselves, take what we have and offer it to God, if we will be willing to do what he has placed before us and be faithful in the little things, then he will give us more to do. I would rather try and fail than never try at all. Any time you take a chance, you can fail. But it’s better to try than to never take chances and never have anything happen in your life.

You are invited to experience SoCal Harvest with Greg Laurie on August 17–19 at Angel Stadium More at: socal.harvest.org.

Greg Laurie is the senior pastor at Harvest Christian Fellowship in Riverside and Irvine, California, and founder of Harvest Crusades, large-scale evangelistic events that are held across the world. This article originally appeared on Greg’s blog.