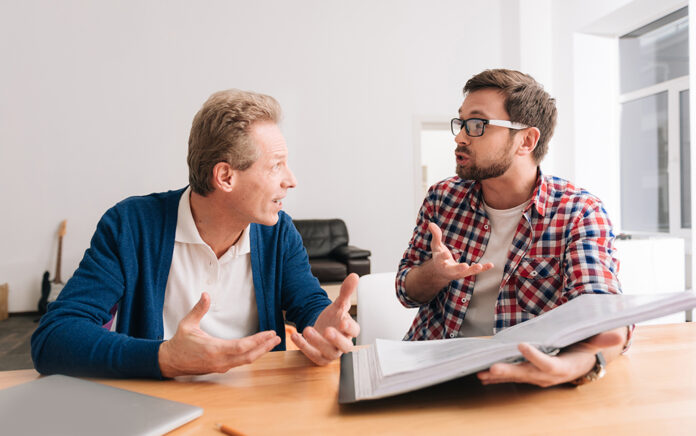 Hint: It Can Be Healthy If Handled Correctly

As a leader, there are many times I feel like the mediator between opposing viewpoints. I’m steering our team towards a common, shared vision, but there are a myriad of opinions in how we accomplish the vision. This sometimes causes conflict. Managing conflict as a leader is a critical part of creating healthy cultures.

Conflict is many times seen as a sign of unhealthiness on the team. I’ve learned, however, not to be afraid of conflict on a team. In fact, I think it can be healthy for the team if handled correctly. It keeps tension from building unnecessarily, simply because emotions and opinions were hidden rather than addressed. It brings new ideas to the table and welcomes input from everyone. When conflict is ignored or stifled, it makes people feel devalued and controlled.

What I’ve also learned—some through painful experience—is the way I handle conflict when it develops will go a long way towards allowing the disagreement to work for the overall good of the team.

Part of the leader’s job is to learn to better manage conflict rather than attempting to kill them.

6 THOUGHTS ON MANAGING CONFLICT AS A LEADER

I try not to take sides in conflict anymore than I have to, even when I have my own opinion. If the conflict isn’t a vision issue, and it seems to be resolving on it’s own, I’ve found it is best if I allow the process to take it’s course. When the leader gets involved in conflict it takes on a new life—often unnecessarily.

When I do get involved, it is vital all sides of the conflict feel heard. I have to listen to all opinions and attempt to understand their real concerns. Normally there are valid points with every opinion. It’s also important I hear not only what is said, but also what is unspoken. This requires asking questions, getting to know the members of my team (most of this happens before conflict originates), and not assuming I know what people are thinking simply by what they say. Understanding the basis of conflict and the opposing viewpoints is critical to understanding the conflict.

During times of conflict, it’s even more important communication be clear and consistent. Many times, conflict is simply due to a lack of clarity or miscommunication. Information often makes conflict easier to resolve. As leader, part of my responsibility is making sure the team communicates effectively, openly and honestly.

Conflict develops for a number of reasons—not all of them good. Beyond miscommunication, conflict also develops over power struggles, weak leadership, or simply personality differences. Discerning the nature of the conflict and if there is a root issue (often unspoken or undefined) helps me avoid trying to solve the perceived conflict, when the real issue is something completely different.

As I said, conflict in and of itself is not bad, but part of my job is making sure conflict on a team doesn’t begin to harm rather than promote health of the team and it’s members. When individuals begin to attack each other personally, act in anger, form sides within the team, or distract from progress, it’s time for the leader to interfere.

Ultimately, my job as a leader is to maintain the integrity of the vision. Conflict can enhance or interfere with attaining the vision. My job is to continually direct the team’s attention back to our purpose. I have found, also through experience, the more aligned we are around a shared, common vision, the less we conflict and the more healthy the team operates together. We can even overlook minor disagreements, because we are energized towards the overall objective.

Don’t be afraid of conflict on a team. Good leaders learn to manage it for the eventual good of the team.

From Outreach Magazine  How to Improve Your Decision-Making Ability 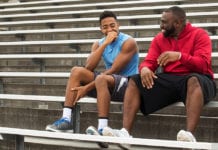