Home Features Leadership Lessons From the Downfall of Xerox 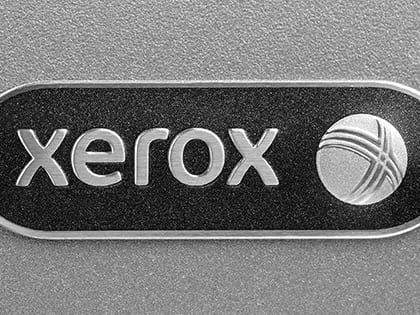 “When it was introduced in 1959, Xerox was considered as cutting-edge as the iPhone was when it was announced in 2007.”

I need a Xerox of this.

Xerox this for me, will you?

We’ll just Xerox off a copy.

It was a verb as ubiquitous as “google” in its day. To “xerox” was to make a copy on a copier. That’s how strong the brand was, akin to how “google it” is used to describe a search on the web or “ask Siri” is for your iPhone. And when it was introduced in 1959, Xerox was considered as cutting-edge as the iPhone was when it was announced in 2007.

“But just as Xerox made carbon paper obsolete,” notes the New York Times, “the iPhone, Google Docs and the cloud made Xerox a company of the past.” So, earlier this month, after 115 years as an independent business, Xerox combined operations with Fujifilm Holdings of Japan, signaling the end of a company that was once an American icon.

Consider the past tense verb.

“Xerox is a poster child for monopoly technology businesses that cannot make the transition to a new generation of technology,” said David B. Yoffie, a professor at the Harvard Business School. Xerox isn’t alone. It joins fellow tech companies like Kodak and BlackBerry that “lost the innovation footrace.” Or, more to the point, Xerox fell into the “competency trap,” where an organization “becomes so good at one thing, it can’t learn to do anything new.”

Can’t or won’t? The distinction is important as we apply this example to the church.

For a short period of time following my graduate studies, I worked for the Baptist Sunday School Board of the Southern Baptist Convention as its Leadership Consultant for Preaching and Worship. The “Board” was the catchall agency of the nation’s largest Protestant denomination for all things local church—preaching, worship, church growth, discipleship and, of course, Sunday school. But did you notice something odd about that list? All were aspects of the mission of the church, but only one—Sunday school—was a program or method. And yet it was the very name of the agency.

From Outreach Magazine  How to Combat Loneliness During COVID-19

Because it was a method/program that had become enshrined to the level of orthodoxy.

Yet my job was to study the fastest-growing and most effective churches and then to teach about my findings to other churches. I used to joke that it was the seminary education nobody gets in seminary. During my short tenure, I published a book on my findings entitled Opening the Front Door: Worship and Church Growth. It was a controversial book at the time, endorsed by renegade outsiders few had heard of—Rick Warren wrote the foreword; Bill Hybels and (ironically) future head of the BSSB, Thom Rainer, wrote endorsements.

And it was controversial for a reason.

The premise was simple: The weekend worship service had eclipsed traditional age-graded Sunday school in terms of weekend attendance (and had since 1971), and was now the “front door” of the church. As a result, the worship service needed fresh attention in terms of ensuring it was an open door to the unchurched. Sunday school was not the wave of the future, nor what fueled the fastest-growing churches; weekend services were.

Today? A tame and mainstream idea.

My ideas were deeply resisted. Turf wars reigned. Programs and curriculum and jobs had to be protected. Doing church a certain way became more important than doing church the most effective way. Those who knew how to do church through a Sunday school-centric method became threatened by any other “centric.”

From Outreach Magazine  8 Ways Your Church Can Ignite Outreach

Make no mistake. The Sunday School Board had a monopoly on Sunday school. It was beyond competent at doing it. It made a lot of money—most of it on Sunday school curriculum.

Today, the Baptist Sunday School Board does not exist. They wisely changed their name away from a particular program to something more mainstream (LifeWay Christian Resources). But the lessons remain:

1. Just because you are comfortable with doing something a particular way, and competent at it, doesn’t mean you are being effective with it. Always strive for effectiveness, even at the cost of comfort or learning curves related to competence.

2. Never confuse a method with the message, or tradition with orthodoxy. In other words, don’t protect a program as if you are protecting the gospel. The message is timeless, but our methods must be ruthlessly evaluated in light of their effectiveness at fulfilling our mission.

All to say, when it comes to Xerox and the church … don’t Xerox Xerox.