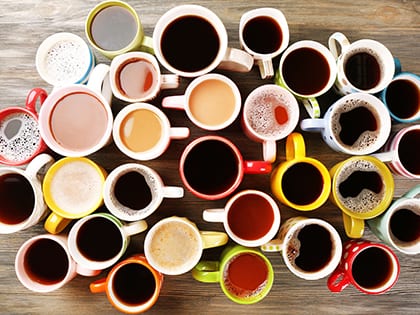 If you were a parent at Northland Church just outside Orlando, and your high school child asked to be part of a microchurch, what would you say? That’s their youth division’s term for groups that “gather as a family through eating, reading the Word, and being on mission to impact our school for God’s glory.”

A number of churches are pioneering different models of microchurch. The idea is still fluid but most users mean something like this: a microchurch is an intentionally simple, streamlined approach to church that’s often small, volunteer led and informal in style. Typically these spiritual communities involve five to 35 people.

In most cases, they don’t meet in a church building but in a home, a restaurant or another neutral place. Most emphasize that the mission of the church needs to be better known than the church as an institution. Many capitalize on the strengths of small-scale ministry dynamics to give maximum focus on Christian discipleship.

There is overlap between the microchurch idea and terms like minichurch, simple church, organic church, house church, hybrid church, greenhouse church and missional church—none of which has a universally accepted definition.

Here are five trends I see from the various front-line churches I meet through Leadership Network:

1. No dominant model has emerged. Much experimentation is happening. More popular forms include a dinner church approach, a missional community in a home, a “make our community better” spiritually motivate initiative housed in a business or a house church using a new name. Microchurches, whatever their form, are more likely to emphasize core values of small-scale disciplemaking like intimacy, simplicity and versatility than a particular form or specific model.

2. Most exhibit a high degree of lay involvement. There is usually a strong desire to avoid having a paid pastor lead the group so that the body of Christ can make greater use of their time, talents and treasure, often with a sense of purpose beyond the group itself. As one church says on its small group webpage, “Microchurches are spiritual families encountering God together and impacting their communities.”

3. Many appeal to those wary that churches feel too complex or institutional. The concern is often that the church needs to get back to basics. For those microchurches committed to multiplication, they realize that the simpler the organization, the more capable it is of reproduction—and rightly so.

From Outreach Magazine  How to Grow an Adaptable Church

4. Many larger churches take a both-and approach. Leaders in large churches realize that a certain percentage of people won’t be drawn to a “big box” environment, even for corporate worship, so they bless and support the role of smaller lay-led units that cover worship, Bible teaching and gift mobilization in service. Some envision a progression from megachurch to multisite to microsite, with the outcome of planting missional communities in every corner of every possible neighborhood. But at this point, very few larger churches present the microchurch idea (whatever they call it) as the primary way of making or multiplying disciples.

5. Some larger churches create curriculum for their microchurches. Typically it’s the pastor teaching in a town hall setting, video recorded in a style to make viewers feel like they’re there, and packaged for easy viewing and interaction by a small group. Others take a broader approach, encouraging groups to follow certain standards such as the three E’s of encounter God through worship, Word and prayer, experience community in a welcoming family environment, and enlist everyone to use their gifts and impact their circles of influence.

Where Are Microsites Going?

These five trends might not sound revolutionary, but each has enough traction and experimentation that something is certain to break through. Some like Jim Tomberlin, creator of MultiSiteSolutions.com, predict a building on the best of what’s already known. “Like the multisite movement in the early days, microsites are messy and still forming as a model,” he says. “I believe microsites will be a convergence of the best of church planting with the best of multisiting. A combination of starting small with lay leadership like a church plant, but with the resourcing and guidance of a multisite church.”

Carl George, author of How to Break Church Growth Barriers, agrees. “The cell group model is clearly a forerunner of the microchurch-as-movement concept. By empowering cell group leaders as lay pastors, many leading churches have taken strong steps in that direction.”

Others, like Reggie McNeal, author of Kingdom Come, and senior fellow at Leadership Network, sense a fork ahead in the road. “A microchurch will become a different expression of church than its congregation-based cousin,” he says. “It is not for everyone, not is it the replacement of centuries of church practice. But it might serve well the post-congregational Christians who, for a variety of reasons, choose to pursue their spiritual journey outside the routines and rhythms of the congregational model of church that has dominated the church landscape for centuries. This new life form in the church taxonomy may take the church back to its early days when it was a movement, before it became church as congregation.”

From Outreach Magazine  How Do We Remain Faithful in a World of Barriers?

Whatever form they take, microchurches will be sustainable only if each group receives ongoing vision and direction. Sometimes it will come from someone in the group with an apostolic impulse and leadership gifts. Other times it comes from an established church sponsoring or guiding it. Outside North America, the motivation often comes from persecution of Christianity.

Even so, microchurch models are already pushing churches to new levels of innovation. One church that’s using the town hall video approach has prepared 30 “in a crate” kits for setting up church any place in their city—from laundromats to public parks. This approach enables volunteer leaders to set up church anywhere and anytime, and yet have the teaching consistency of their pastor’s sermons.

On the other end of geography are low-population areas: “Microchurch locations in the multisite movement have allowed many megachurches to reach more rural areas that are likely unable to support a ‘traditional’ multisite campus location, expanding their reach into new communities,” observes Josh Whitehead, director of Leadership Network’s Multisite Jumpstart HUB, which helps churches launch their first multisite campus.

Definitely Something to Watch

One church webpage asks, “What is microchurch?” and answers it like this: “It’s a new approach to small groups. It’s decentralized, not established by the church office. It’s more organic and less organized, it happens naturally. It’s relational, friends enjoying friends, and the process of making new friends. Jesus said it this way: ‘Where two or three gather in my name, there am I with them.’”

Sounds like a great effort to go back to basics, even if we’re not sure where it will lead. So whatever happens, the first step is to learn the word microchurch and begin to watch for ways it is making a difference.