Home Features Reclaiming What It Means to Be “Good News” People 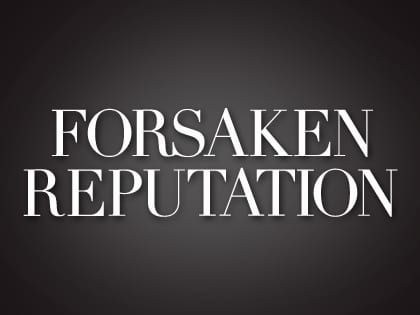 “What do we need to do to get the good news back into the gospel people?”

My wife and I were excited to do something new. Recently becoming empty nesters, we had moved from one side of Missouri to the other. Our new housing situation would be pretty far flung as well. We traded our St. Louis area hobby farm—with horses, ducks, goats and chickens—for a historic Kansas City home, relocating in a Rockwellesque neighborhood. Fresh starts spark hope in many ways. We looked forward to new friendships and new ministry opportunities, not the least of which was the prospect of sharing the good news of the gospel with neighbors who were not in a relationship with Jesus.

We could not have asked for a better beginning. The vacant house next door to ours sold just a few weeks after we arrived and Jon Shirley, a pastor and worship leader, and his family moved in. Within minutes of meeting one another we discovered we had many mutual friends in ministry and quickly became close friends with the Shirleys, sharing a common hope of reaching others in our neighborhood with the gospel.

Pause: To appreciate this story, imagine you are watching a movie and the narrator has just spoken the paragraphs above, and now text appears on the screen saying:

Around a table of just finished desserts at Jon and Alissa’s house, Matt and Hilary, our neighbors from across the street, divulged their initial reaction upon learning not one, but two evangelical families had moved into the neighborhood. Our arrival was anything but good news to them. They told us that a gay couple on the street shared in their distress that two evangelical Christian families had taken up residence nearby. Though she had grown up in the house they owned, Hilary told Matt, “We are getting out of here! Those evangelicals are going to ruin the neighborhood.” We all shared a huge laugh because in just a few months we had all become friends. That was over three years ago. We’re even closer now.

From Outreach Magazine  The Journey of Faith

Hilary and Matt were happy for me to share their story in a book I had begun as a call to my evangelical family to re-examine whether or not the gospel has actually penetrated our own lives to the degree that we can rightfully call ourselves “evangelicals”—good news people. I started writing Revangelical as a reflection of the story above because the scenario is not isolated. I could not get away from a haunting question: When the people who call themselves by the precise term that means “good news” show up, why is it so often not good news to the ones already there?

Several books published in recent years such as UnChristian (Dave Kinnaman and Gabe Lyons), They Like Jesus But Not the Church (Dan Kimball) and Lord, Save Us From Your Followers (Dan Merchant) have underscored negative perceptions of Christians. Many of the themes in these books stress impressions of evangelicals as being judgmental, homophobic and hate-filled. Current research reveals that only 3 percent of non-Christian Americans under age 30 have a positive impression of evangelical Christians. And at the present rate of attrition, two-thirds of evangelicals in their 20s will abandon church altogether before they turn 30. We must come to terms with the facts of the trending decline. Many churches are still filled on Sunday mornings, so this drift may not be showing up on the radar of a lot of leaders. Hockey legend Wayne Gretzky said the key to his game was that he did not go to where the puck was. He skated to where the puck was going to be.

It would be easier on our conscious to simply dismiss the growing disdain for evangelical Christianity as a case of the “darkness hating the light” (John 3:19). There is no doubt this is in play in current American culture. We are witnessing the fruit of an unprecedented moral collapse. So we should expect nothing less than some degree of maltreatment. In the fourth chapter of his first epistle, Peter gave us a heads up:

The apostle tells us we should not be surprised “as though something strange” is going on when Christians are defamed in the midst of a fallen culture. In America, Christians need the comfort of such scriptures probably more than ever. Atheism is on the rise and Christian groups and organizations are losing favored status in many ways. For instance, all 23 California State Universities recently “derecognized” InterVarsity Christian Fellowship on the basis of its requirement of its leaders agreeing to a set of guiding beliefs. In 2012 about 100 high school students at a national journalism conference walked out of a speech as the speaker railed against the Bible. He then heckled them as they exited—to the laughing and cheering of the remaining audience. More and more examples like this show up in the news each week.