Home Features Reclaiming What It Means to Be “Good News” People

“What do we need to do to get the good news back into the gospel people?”

As Christians, we cannot control persecution and harassment. My concern is that something else is in play as well. The current disdain for evangelicals is not all just about persecution. We have brought some of it on ourselves. Continue reading from 1 Peter 4.

“If you are insulted for the name of Christ, you are blessed, because the Spirit of glory and of God rests upon you. But let none of you suffer as a murderer or a thief or an evildoer or as a meddler” (4:14-15).

I highlighted the word meddler because Peter’s warning could not be more timely for us evangelicals today. Old school readers of the King James Version will see the term rendered as a busybody. In his Expository Dictionary of New Testament Words, W. E. Vine says meddler “was a legal term for a charge brought against Christians as being hostile to civilized society, their purpose being to make Gentiles conform to Christian standards.” Thayer’s Greek English Lexicon of the New Testament agrees: “The writer seems to refer to those who, with holy but intemperate zeal, meddle with the affairs of the Gentiles—whether public or private, civil or sacred—in order to make them conform to the Christian standard.”

Evangelicals make the headlines more often for controversies around fighting for Christian standards rather than for being good news. We must face the fact that a major part of our poor reputation as evangelicals is not merely because we are defenders of the faith. We are suffering quite a bit for being perceived as meddlers who want to shove our views and beliefs down the throats of others. Among a litany of issues, hear the annual cry against the “War on Christmas” or the ongoing debate surrounding the “sanctity of marriage.” Each spring a story is sure to hit the news about a valedictorian being forbidden to share his or her Christian views during commencement ceremonies. Come autumn we hear stories about forbidden prayers under the Friday night lights at a high school football game.

We must first come to grips with the reality that Christianity has lost home field advantage. For instance, Sundays are no longer sacred and public school sanctioned prayer has been forbidden for a half century. Are you old enough to remember Blue Laws? Google it, if not. Christendom is over in most of America and is gasping for its last breaths in a few parts of the country. A Christian worldview does not set the standard any longer.

How is it that the very people Jesus died to establish as models of forgiveness, gentleness, peace and mercy, have become a people generally perceived as mean, judgmental and merciless? We have become identified with political agendas, culture wars and religious demands that leave non-Christians shaking their heads and dismissing Christianity altogether. Along the way many Christians have become known more for what we are against than what we are for. That is the bad news.

From Outreach Magazine  Why Neighborhoods Matter

The good news is that the gospel is still good news and Jesus still gets rave reviews in spite of his followers’ reputation. But somewhere along the journey—from the writing to the delivery of it—in many ways, the gospel has been reduced. What do we need to do to get the good news back into the gospel people?

It starts with rehydrating our shrunken gospel. On numerous occasions I have asked church audiences to answer the question, “What is the gospel?” The top responses are always along the lines of, “To be assured of eternity in heaven,” or, “To receive Jesus as your savior.” I often get, “To be set free from sin.” My response is usually, “Really, that’s it? That sums up what Jesus came and preached?”

I am convinced that we need to be re-evangelized by the gospel itself. We need to be good-newsed again ourselves. Jesus mostly spoke not just about “the gospel” or about “going to heaven.” He preached the “gospel of the kingdom of heaven.” Jesus called his followers to go into the kingdom of heaven right now, not just after they die. His prayer model reverberates with a plea to God to bring his kingdom on “earth in the way it is in heaven.”

By directing us to pray, “Thy kingdom come,” Jesus wasn’t telling us we needed to pray for the kingdom to come into existence. He wanted us to pray for it to overtake all earthly domains—every personal, social and political arena. Other kingdoms still exist—earthly kingdoms, the kingdom of darkness and our own personal fiefdoms—and the tension between all of these is what scholars refer to as the “already and not yet” of the kingdom of heaven. It means that God’s reign is already breaking in (now) and will one day completely sweep over every earthly kingdom, but it has not yet been fully realized.

Jesus did not say, “Repent of your sins and wait until you die or until I come back to earth to take you to heaven.” He said, “Repent (turn around), for the kingdom is within your reach. Enter the kingdom. Now.”

The gospel is the good news that God’s kingdom is breaking into earth right now. Does this include eternal life after death? Certainly, that is included, but the good news is so much bigger than a message about you and me going into heaven after we die. It is a message about us going into the ways of heaven while we are still alive. The King has formed and sent a people, in his name, to represent the ethos and ethics of his reign. He sends his good news people—his evangelicals—to live out a new way of being human, a new community.

From Outreach Magazine  3 Principles for Launching a Volunteer Leadership Pipeline

The gospel of the kingdom of heaven is not socialism, but it creates a new social ethic. It is not communism, but it is very much communal. The gospel is good news to the poor, not just because when they die they will not be poor. It is good news because the poor are invited into a community of Jesus people who refuse to let the poor remain in need if they have the means to do anything about it. The gospel creates people who work and preach a message that makes crooked ways straight—refusing to allow injustice to oppress and feed off the weak and marginalized in society.

Jesus didn’t come to fix our political systems. He came to rescue us from the systems. He initiated a new system—the kingdom of heaven. This kingdom would be unlike any empire mankind had ever witnessed. It would be subversive concerning power, serving others rather than dominating others and would be laced with grace and mercy. Most tangible, it would create a people that didn’t just “believe in Jesus” but would actually look and act like him.

Jesus said if the salt loses its flavor it is good for nothing but to be walked on. We are seeing this in contemporary culture. Heaven is within us to change the course. Let us recover grace and truth and love and be servers of kind words and actions. We have access to the perfect love of Jesus that has the power to cast out the fear stirred up by pundits and politicians. By pledging our allegiance to the kingdom of God, we interrupt and circumvent the common ways of our culture and tune our heads and hearts to the heavenly frequency. Jesus doesn’t invite us into a practical or convenient way. He calls us into his ways and means, which though they offend our sensibilities and practicalities, bear the fruit, beauty and transforming power of heaven. That makes for good news and a good news people.

Lance Ford, a cofounder of the Sentralized conference, serves on the national leadership team for the Forge America missional training network. He is the coauthor with Alan Hirsch of Right Here, Right Now: Everyday Mission for Everyday People. His other books include UnLeader, The Missional Quest and Revangelical: Becoming the Good News People We’re Meant to Be. 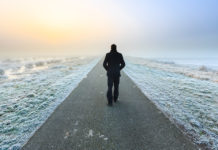 Alan Briggs: Out of Isolation 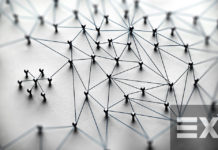 Why We Need Networks 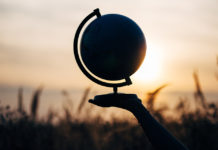 How the Reality of the Trinity Shapes Our Pursuit of Mission