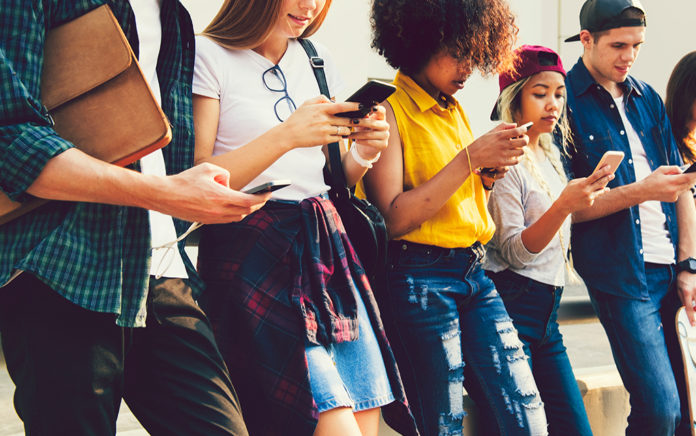 Gen Z, or those born roughly between 1995–2010, has been called the least religious generation and an unreached people group who is abandoning church. If their level of engagement with faith leaders is any indication, these premonitions may be right.

New findings from Springtide Research Institute’s national study of over 10,000 young people in 2019–2020 reveal that just 8% of young people between the ages of 13–25 say there is a religious leader they can turn to if needed.

This finding was part of a broader effort to understand the role that older adults might play in addressing the loneliness that Gen Z is experiencing at record levels. Nearly 40% told Springtide they feel, at least sometimes, they have no one to talk to and that no one really knows them well.

Mentoring relationships with trusted adults proved to be a powerful antidote for loneliness. Over half of those with no adult mentors (58%) reported having no one to talk to at least sometimes, but this number dropped as respondents reported one mentor (48%), two to four mentors (37%) and five or more mentors (24%) in their lives.

However, older adults proved to be more than just warm bodies and sounding boards. They also empowered young people to a greater sense of meaning and purpose. Of those who said they have no adult mentors, 24% felt their life never has meaning or purpose. However, for those with even just one adult mentor, this number dropped to 6%.

As can be expected, Gen Z became even lonelier as a result of the widespread shutdowns and social distancing to combat the COVID-19 pandemic. Sixty percent told Springtide in late March they felt very isolated as social distancing and shutdowns began, while 44% agreed that they’re “scared and don’t want to be alone.”

Sadly, just 1% of young people said that a faith leader reached out to them personally to check in.

These findings suggest that, despite their lackadaisical relationship with religious institutions, faith leaders can still become the trusted mentors that young people desperately need right now.

Church leaders should make a concerted effort to check in with young people this holiday season, but keep the conversation light. Nearly half of young people (44%) told Springtide they do not feel safe, welcome, and encouraged to have vulnerable conversations about difficult issues during the holidays, while 62% don’t talk to the people they spend the holidays with about difficult things because they want it to be a time of joy and lightheartedness.

Given the fluctuation that young people are experiencing in their faith right now (with 35% getting stronger and 18% getting weaker), a good open-ended question might be, “Wherever you are in your journey right now, how can I support you or pray for you?”, followed shortly thereafter by, “It’s OK if you don’t have an answer. I’m just glad we had a chance to connect. Just know that I’m here for you, whenever you need me.”

As a professor of religious studies at two community colleges, I assign students to interview a religious leader as part of my course requirements. Every semester, students reconnect with pastors and other faith leaders they haven’t seen or spoken to in years, simply because they had positive interactions in the past—and this relatively benign interview project results in life changing conversations. One of the most common impressions I hear from students is, “I forgot how much I enjoyed talking with this person.”

There is more to Gen Z than meets the eye, despite their reputation as the least religious generation. Researchers are already seeing less religious “nones” among Gen Z than among millennials. Though they may be less inclined toward organized church programs, they are nonetheless interested in spirituality. Even those claiming to be atheist, agnostic, or nothing in particular—60% according to Springtide—consider themselves at least slightly spiritual.

Rather than buying into stereotypes and shaking the dust, church leaders should commit to caring for Gen Z and investing in their potential. They are now the largest generation, compromising more than 40% of the U.S., but they are lonelier than the elderly. Faith leaders have an opportunity to be their strongest advocates, but it starts with picking up the phone, or maybe sending a text.