Home Resources Survey: How Long Should Sermons Be? 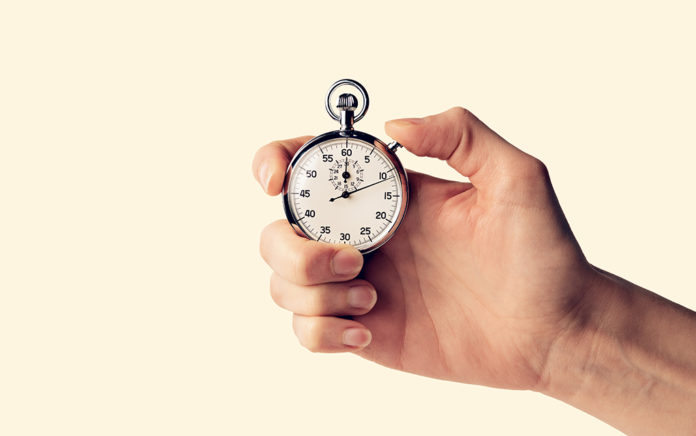 When pastors begin to welcome back their congregations to in-person services, they may want to consider offering them a shorter sermon. A study from Nashville-based LifeWay Research found Protestant pastors’ estimates of their sermon lengths are shorter than the estimates of their congregations. Additionally, more than a quarter of churchgoers say their pastor typically preaches […]

When pastors begin to welcome back their congregations to in-person services, they may want to consider offering them a shorter sermon.

A study from Nashville-based LifeWay Research found Protestant pastors’ estimates of their sermon lengths are shorter than the estimates of their congregations. Additionally, more than a quarter of churchgoers say their pastor typically preaches longer than they prefer.

“As churches restart in-person worship services and other church activities, many are calling for churches to refocus on the essentials,” said Scott McConnell, executive director of LifeWay Research. “Prior to the pandemic, that would have meant shorter sermons for some churchgoers.”

In the two surveys, conducted in September 2019, churchgoers and pastors have different ideas of how long the sermons run each Sunday.

Pastors with a master’s (42%) or doctoral degree (34%) are more likely to deliver a less than 20-minute sermon compared to those with less formal education (10%).

Those with a bachelor’s degree or no college degree (24%) are more likely to preach at least 40 minutes than those with advanced degrees (10%).

From Outreach Magazine  How We Make the Message Relatable

Mainline pastors (54%) are more likely than evangelical pastors (17%) to say their sermons are shorter than 20 minutes.

Denominationally, Lutheran (86%), Methodist (52%) and Presbyterian/Reformed (47%) pastors are more likely to say their sermons are less than 20 minutes compared to Restorationist movement (18%), Pentecostal (3%) and Baptist (2%) pastors.

“Pastors have a wide range of styles when it comes to sermon length,” said McConnell. “However, the clear differences by denomination and church size indicate many churches themselves have different traditions when it comes to the length of sermons.”

The largest gap between the perception of pastors and that of churchgoers lies toward the two extremes.

Protestant churchgoers (11%) are half as likely to say their pastor typically preaches 15 minutes to less than 20 minutes as pastors (22%) are to say their sermons are that length.

Churchgoers (12%) are six times more likely than pastors (2%) to say the typical sermon lasts at least an hour.

“Some sermons feel like they are longer than the pastor estimates,” said McConnell. “Churchgoers report sermons over 40 minutes in both small and large churches, but that could be related to different definitions of what elements of the church service are included in the sermon. For example, pastors may give announcements, do a Scripture reading and conduct an altar call surrounding the sermon, which may lead to congregants feeling as if the message itself is longer.”

From Outreach Magazine  Connect With Your New Neighbors Easily and Affordably

Not many churchgoers say they want sermons shorter than 20 minutes. Close to 1 in 7 churchgoers (14%) say they prefer 15 to less than 20-minute sermons. Few (3%) say their preference is less than 15 minutes.

Some churchgoers, however, say they like longer sermons best. Around 1 in 10 (9%) prefer 40- to less than 50-minute messages, with 5% say their preference is 50 minutes to less than an hour. Close to 1 in 8 churchgoers (12%) want to sit down on Sundays for a message that tops an hour.

Whatever their preference, most churchgoers (55%) say their pastor fits in that timeframe.

“Many pastors have likely been preaching shorter sermons while their churches have met virtually,” said McConnell. “More than a quarter of churchgoers would prefer such shorter sermons when they return to meeting in person.”