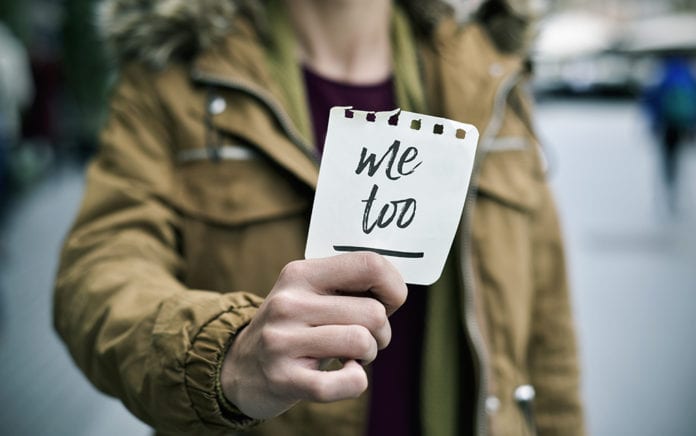 In recent months, churches have been rocked by high-profile accusations of sexual misconduct among clergy.

Two-thirds of pastors say domestic or sexual violence occurs in the lives of people in their congregation. And many pastors believe the #MeToo movement has made their churches more aware of how common sexual and domestic violence are.

More pastors say they are addressing these issues from the pulpit. Still, half say they lack training in how to address sexual and domestic violence.

Those are among the findings of a new study on pastors’ views on #MeToo and sexual and domestic violence in churches from Nashville-based LifeWay Research. The study, sponsored by IMA World Health and Sojourners, is a follow up to a 2014 survey.

“Pastors are starting to talk about issues like sexual harassment and domestic abuse more than in the past,” McConnell said. “They don’t always know how to respond—but fewer see them as taboo subjects.”

For the study, LifeWay Research conducted a phone survey of 1,000 Protestant senior pastors earlier this year—then compared the results to a similar survey in 2014.

From Outreach Magazine  Why Not Evangelize a Church Into Existence?

Twelve percent of Protestant pastors say someone on church staff has sexually harassed a congregation member at some point in the church’s life. Eighty-five percent say no staff member has been found to have done so. Three percent don’t know. Pentecostal (94 percent) and Baptist (89 percent) pastors are more likely to say there has been no harassment found. Christian/Church of Christ (79 percent) and Presbyterian/Reformed (79 percent) pastors are less likely.

Eighty percent of pastors say their church has a policy for sexual harassment allegations against staff. Nineteen percent say they don’t have a policy. Two percent don’t know.

A few pastors have firsthand knowledge of abuse. One in 5 pastors say they personally have experienced domestic or sexual violence. Four out of 5 say they have not.

The #MeToo movement has prompted some pastors to action. It also appears to have led to some confusion among pastors and their congregations.

Forty percent of those who have heard of #MeToo say they understand issues of sexual and domestic violence better because of the movement.

Congregation members also have questions, according to pastors.

“We are encouraged that more and more pastors are speaking out and seeking training to make their churches safer sanctuaries for survivors of violence, but the results also show that we—as a Christian community—still fall short,” said Sojourners President and Founder Jim Wallis.

“If we believe that how we treat the most vulnerable is how we treat Christ, we must be in deep solidarity with the women and men who experience domestic or sexual abuse at some point in their lives,” Wallis said. “If we believe we are all created in the image of God, we cannot tolerate that only half of pastors feel prepared to respond to domestic and sexual violence situations.”