Home Resources Books What Biblical Discipling Is Not 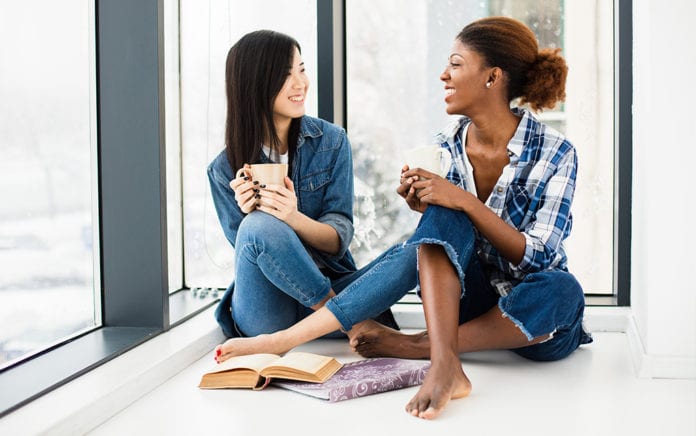 Discipleship is a much talked about subject, but here are common misconceptions I’d like to address.

Discipling is a much talked about topic, but often people have a wrong idea of what discipling entails. Let me describe a few things that biblical discipling is not.

1. It is not a case of one person controlling another person’s life. Sometimes insecure disciplers have so much control over those they disciple that they attempt to conform the disciplee’s will to their own like what happened with the popular discipleship (or shepherding) movement in the United States in the 1970s and 1980s. Leaders started having an unhealthy influence over their people, and the groups became like cults. This is why I prefer to use the terms discipler and disciplee rather than master and disciple.

The discipler’s task is to help people to become disciples of Jesus, not of the discipler. While our example plays a key role in this (1 Cor. 11:1), the key factor in discipling is for them but God’s will for them, especially as taught in the Scriptures. We feed them the Word to the point that they can feed on the Word themselves and gradually become less dependent on us. Indeed, those we disciple will end up as our lifelong friends. After some time, they are our friends, not our disciplees. Sometimes another may take on the role of discipling this person. Mark was first discipled by Barnabas. But later Peter took him under his wing, so that Peter referred to him as his son (1 Pet. 5:13).

2. It is not a relationship that separates the discipler and disciplee from the rest of the body. Though Jesus dealt personally with issues in the lives of individual disciples, like Peter and Judas, he discipled them as a group. Christians are made in the image of God who has eternally lived in the community of the Trinity. Consequently, God’s people do not think of life outside of community. Relating to one’s family and the body of Christ are vital aspects of being a Christian. This is why discipling must always be viewed as an activity of the body of Christ.

A small group can provide a good context for discipling because it is sufficiently small enough to practically facilitate individual attention to the growth of each disciplee. But the small group is a part of the body of Christ. It cannot become an exclusive clique within the church. While I spend unhurried times alone with those I disciple, I try not to be with them in larger gatherings. I encourage those in the discipleship group to chat with others rather than sticking with their group.

If disciplees are to relate well to the body of Christ, their disciplers need to relate healthily to the rest of the church. They need to willingly submit to being accountable to the church. Their attitude helps those they lead to think positively of the wider Christian community of which they are a part. Such involvement with this wider community may at times be messy and inconvenient. But the result is that disciplees are active long term in the church even after the discipleship group has disbanded.

3. It is not as simple as what happens in many fellowship groups today. There has been a welcome revival of small group activity in the church today. However, what happens in many groups falls short of giving a good opportunity for the members to be discipled. They usually have a vibrant time of worship, and time is given for testimony, for sharing and praying for needs. Someone shares a short devotion. People leave feeling that they have been spiritually blessed.

However, these groups miss two important aspects of biblical discipling. They miss providing adequate teaching of the Word, which is a major means of sanctifying believers (John 17:17; 2 Tim. 3:16–17). The thoughts from the Word that come through the short devotion may be emotionally inspiring and give some good biblical points, but they fall short of covering what Paul called “the whole counsel of God” (Acts 20:27).

This kind of group also fails to provide an opportunity for spiritual accountability, which is a key aspect of discipling. God intends for other Christians to help us in our pursuit of holiness (Ecc. 4:9–12; 2 Tim. 2:22; Heb. 10:24–25). A group meeting where people have come for spiritual refreshment may not lend itself to serious discussion about the challenging issues faced by an individual. It is not easy to be open about sensitive and difficult issues in a person’s life in such a setting. That is best done one-on-one or in the context of a group that has developed an openness and trust that gives people the freedom to share without fear of embarrassment or betrayal.

From Outreach Magazine  An Anchor for Our Drifting Spiritual Lives

Today many Christians come to church to receive blessings, but they are not close enough to anyone to share about key issues in their personal lives. Many are struggling to put their Christianity into practice at home, neighborhood, work or school. But no one knows about their struggles until something serious surfaces. An opportunity to grow healthily has been missed by missing out on spiritual accountability.

4. It is not a highly structured Bible study program devoid of interpersonal impact. There are some excellent Bible study group resources that can effectively impart knowledge to members of a church. But that is not enough. Jesus’ method of nurturing his disciples included times of long conversations and of ministering and experiencing life together. In fact, some of his most important teaching emerged out of conversations he had with his disciples, many of which were triggered by ministry situations or by challenges the group faced. They were able listen to his teaching, observe his life and were impacted by both these. Paul told Timothy, “You, however, have followed my teaching, my conduct, my aim in life, my faith, my patience, my love, my steadfastness, my persecutions and sufferings …” (2 Tim. 3:10–11). Paul teaches about all these points in his epistles to Timothy. But these values were also communicated to Timothy through his observing Paul’s life.

Disciplers must “hang around” with their disciplees, in personal conversations and group activities. Jesus did that with his disciples, often hiding away from the crowd and teaching them. One of his reasons for choosing the 12 was “that they might be with him” (Mark 3:14), and at the end of his ministry he described them as his “friends” (John 15:15).

This, of course, takes a lot of time. In our busy world people are unable or unwilling to devote so much time to personally spend with disciplees. I believe this is the primary reason many people do not disciple, even though they know there is a great need for it. However, people give time for the things that they have accepted as important priorities. If we believe that the call to disciple comes from God and meets a vital need in the church, we could persuade ourselves to give the time it demands of us. 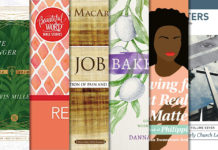 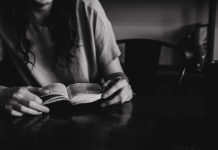 5 Ways to Reestablish Your Spiritual Center 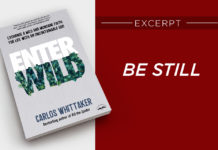