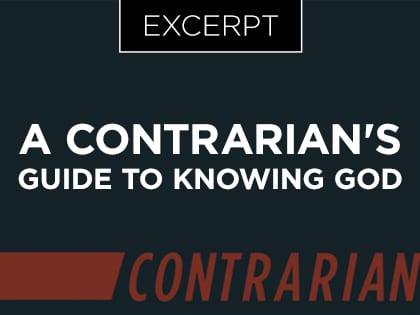 We’ve conflated discipleship with leadership development, but they are not rungs on the same ladder. Here’s why.

I’m not sure why or when it happened, but somewhere along the way the definition of discipleship changed from making disciples to making leaders.

We’re all called to be disciples. But we aren’t all called to be reproducing leaders. Leadership is a choice, an optional path for those who are called and gifted to lead. It’s not the final rung on the discipleship ladder. It’s a different ladder altogether.

As a young pastor, I loved the idea that spiritual leaders stood on the highest rung. It made me feel rather pleased with myself and gave me an excuse to look down on everyone else.

Unfortunately, I had no idea of the spiritual damage it was creating. The pride it generated was no small thing. Haughty eyes are the very first thing on God’s “I hate it when you do that” list. And the devaluing of those who failed to seek or advance toward a leadership role aligned me with the accuser of the brethren. I was in dangerous waters without even knowing it.

Make no mistake. Making disciples and creating leaders are both incredibly important.

But they are not the same thing.

Unfortunately, when we merge making disciples and creating leaders into a monorail, bad things happen. The train tips over. It wasn’t meant to run on a single rail. We end up with arrogant leaders who look down on everyone else and despairing disciples who try to lead but fail because they have neither the gifts nor the calling to lead.

If you doubt that we’ve morphed the two into one, take a look at the typical job description for a modern-day “discipleship” pastor. It’s proof positive that we’ve turned disciples and leaders into synonyms. The primary task of discipleship has become helping Christians become better Christians and turning as many of them as possible into reproducing leaders who serve in ministry leadership roles. And the trophies on the wall are those who become pastors and missionaries.

From Outreach Magazine  6 Practices That Keep Us Connected to God

Frankly, it’s a rather strange twist on the Great Commission. I guarantee that when Jesus told his apostles to go into all the world and make disciples, they didn’t think he meant to go out and find Christians and make them better Christians.

HOW DID IT GET THIS WAY?

Our tendency to confuse discipleship with leadership is easy to explain.

We all have a propensity to assume that our personal path of discipleship and spiritual growth is the path that everyone else ought to take. I call it “gift projection.”

It should come as no surprise that those of us who are pastors, teachers, missionaries and other spiritual leaders are inclined to think that our path of discipleship (and the destination it’s taken us to) is the path that everyone else ought to take.

It explains why nearly every speaker at the camps, retreats and conferences that I attended as a young Christian seemed to focus on the same two goals: (1) get the unsaved saved, and (2) get the rest of us to heed God’s call to become missionaries, pastors or church planters.

Since I grew up in that environment, it’s no wonder that once I became a leader. I tended to read every biblical passage addressed to leaders as if it were a command directed to every disciple. As a result, I read a lot of things into the text that simply weren’t there.

For instance, when I read the qualifications for leadership that Paul listed in his letters to Timothy and Titus, I assumed they were the marks and measure of maturity that everyone ought to aspire to—and, by extension, that anyone who was serious about serving God should seek to become an elder or deacon-level leader.

After all, if spiritual leadership is the top rung on the discipleship ladder, every disciple should strive to get there.

But that’s not what Paul said. Paul didn’t tell Timothy and Titus that everyone ought to aspire to become a leader. He said that those who did aspire to become leaders desired a noble task. And then he listed the minimum qualifications they’d have to meet.

I made the same mistake with Jesus’ teaching on servant leadership.

We are all called to serve one another.

We are all called to put the needs and interests of others above our own.

But we aren’t all called to become servant leaders.

A disciple who never becomes a leader (or has no desire to become one) is not an unfinished work of grace.

Excerpted from A Contrarian’s Guide to Knowing God. Copyright © 2018 by Larry Osborne. Published by Multnomah, an imprint of Penguin Random House LLC.