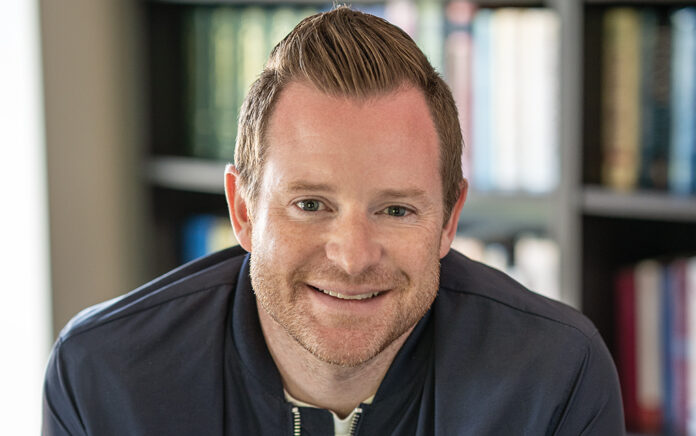 “We really focus on reaching people who are far from God. That is our mission, that is the heartbeat of our church.”

When Jason Strand transitioned from his role as a teaching pastor to become senior pastor of Eagle Brook Church in St. Paul, Minnesota, he stepped into a whirlwind—not because he was following in former Senior Pastor Bob Merritt’s footsteps, but because it was March 2020.

Two years later, Strand leads one of the fastest-growing churches in the nation—a fact that still surprises him after the stress and changes brought on by COVID-19.

In the following interview, Strand shares with Outreach magazine how a challenge from his wife led to a job at Eagle Brook, what is making the difference for his church in doing hybrid discipleship with online attendees, and why reaching the unchurched is vital to the church going forward.

Let’s start with your story. What led you to pastoral ministry?

Well, I didn’t grow up going to church at all. The first time I ever walked into a church, I was 19 and wearing a Wu-Tang Clan T-shirt and basketball shorts. I was attending a Catholic school that had mass on Sunday night. I thought, I’m just gonna walk in. I was hesitant about it, but there was this sweet lady who practically forced me to come in and sit down. When they went up for communion, everybody was wearing collared shirts and khakis. I felt ridiculous. But right from the beginning, I understood people who are nervous to walk into church, who don’t know anybody or any of the routines or rituals, and who are wondering what other people think of them.

At that point when I was 19, I was starting to think, There’s got to be something more to my life. Up until then, I was satisfied with playing sports, trying to find a girlfriend and doing as well as I could in school, but once I got to college, it all hit me. I was away from home for the first time, away from parents and friends, and all of a sudden I started wondering, Is this it?

I was dating a Christian girl at the time, but I was pretty insecure. A moment came when she was headed off on a mission trip, and I went over to say goodbye before she left. She was on the phone with a friend, and I got super angry. I started yelling, “Get off the phone. Come spend time with me.” She got off the phone—and promptly broke up with me.

The next night, my parents drove me back to college. We went out to eat, and in the middle of the restaurant, this high school student starts yelling at his girlfriend at their table. It was the weirdest thing. I’d never seen anything like it in my life—it was happening right in the middle of the restaurant, and people were staring. My first thought was, How do you get to become the kind of guy who speaks to your girlfriend that way?

My second thought? You’re that guy.

When my girlfriend broke up with me, she gave me a tract. I think she said, “We’re done. You need Jesus. Read this.” People make fun of tracts, but I still had it stuck in my pocket. When I got back to my dorm room, I opened it up. For the first time in my life, I realized I was a sinner who needed a Savior. And right there, I prayed to receive Christ into my life, turned from my sin and put my faith in Jesus.

I started to go to a good church, joined a college Bible study and began to read the Bible every night. I went for long walks where I would begin to pray. I read a lot and gradually realized that my faith wasn’t just an emotional high—it had a rational framework too. I ended up transferring to Bethel University in St. Paul, Minnesota, where, during my very first week, I experienced a deep sense of calling to ministry. Jason, this is what you want to do with your life. You want to help people come to know Christ. I just knew it.

I met my wife, and we married right after college. Then I went full-time in my job as a youth pastor that I had begun two years into Bethel.

How did you get to Eagle Brook?

My wife and I had started going to Eagle Brook on Saturday nights, and going to [the church where I was a youth pastor] on Sunday mornings. I saw a posting for a teaching pastor position at Eagle Brook, but I didn’t qualify for it. They were looking for a person who had been at a church of 1,000 or 1,200 people or more. The church I was at was at 700 or 800. But my wife said, “You don’t have anything to lose—send in an application.” So I did. I was 28 at the time.

I met with three of the staff over lunch. I didn’t find this out until later, but they kind of walked away, saying, “We like him, but he’s really young. Maybe he could be a youth pastor.”

I sent them a thank-you note for the lunch, and with it a DVD of a message I had just given. The senior pastor, Bob Merritt, saw it and called me. “You think you can give 12 of those messages a year?” he asked. And I said, “I don’t know. That was probably the best message I have ever given.”

So then I interviewed with him and a couple other members of their leadership team, and I got the job. I became a teaching pastor at Eagle Brook and served for 13 years as a teaching pastor, and then, for just over the last two, as a senior pastor.

March 2020 was when you stepped into the senior pastor role. Tell me about that transition.

Bob had been at Eagle Brook for over 25 years. Incredible leader. Incredible teacher. He was absolutely loved. I spent a whole year researching how to transition a church because there are so many ways it can go wrong. Anyway, I had spent all this time researching, and then one week in, COVID-19 hits. It was obvious that we had a bigger problem on our hands.

When you start a new position at a church, you’re not supposed to make any drastic changes right away. Just spend time waiting, learning, listening. But on the very first weekend I spoke live as senior pastor, I started hearing people say, “I don’t know if I’m going to come to church next week because of this COVID-19 thing.” The next day, we had people ask us, “Are you going to cancel church next weekend?” And I’m thinking, Uh, no. We’re not going to cancel church. We don’t even do that for blizzards in Minnesota. But by that Wednesday, we had made the decision to go online. That was how quick it went.

That was a challenge your church rose to meet. And now Eagle Brook has the distinction of being one of the fastest-growing churches in the United States.

Which surprises me. In person, it still feels like we’re clawing to get back to where we were in our services. What I see in front of my face isn’t always, “Wow, we’re doing so great.” I have spent two years feeling like we weren’t doing well. I’m probably not alone in that.

We really focus on reaching people who are far from God. That is our mission. That is the heartbeat of our church. I think the people who love Eagle Brook do so because the mission is front and center. And they love that mission.

We also highly value humility, and I would even say normalcy. So for me as a speaker, I would regularly try to talk about ways that I’ve failed or struggled or things that have happened in my life. I want people to know that I’m a real person just like them, that I’m not up here, and they’re down there, or anything like that. I think humility and normalcy are something that we really value.

If we’ve had any success, the first thing I would point to is simply a clarification of whose church this is. Around June 2020—just a few months into the job—I was so stressed. I was at the point where I would pace through the house having imaginary conversations in my head with the governor of our state about COVID-19. I didn’t know what to do. I had no clue how to lead through all this. It had become clear by then that the virus was having a serious impact, and we needed to make a call about what to do.

I sent out an email to the congregation that basically said nothing. “We’ll have a decision for you next week.” Often when I sent these mass emails, if there are any replies, they get sent to a different email account. But for some reason, replies to this particular email all came directly to me. I got around 80 replies, split almost exactly down the middle. Half of them essentially said, “If you open the church, you’re putting lives at risk,” and the other half were, “If you don’t open up the church, you have no courage to take a stand for God.” I felt like I was the ball in a tennis match.

Finally, I put on some worship music and opened Ephesians. I’m not the head of our church, Jesus is, I reminded myself. I just have to listen to him. It was such a freeing moment. I stopped trying to figure out what the mass of people wanted me to do. I sat there and prayed, God, what do you want? There was nothing specific that came, but asking was enough. I had a moment with the Holy Spirit and that burden came off. From then on, I thought, OK, God, I’m just going to try to get with you as much as I can and see where you’re leading us.

How I needed it that summer. Besides the pandemic, we had to address issues like racial unrest, and multiple other issues that were going on in the world. We had to address them without losing our focus on Jesus. But that early commitment gave us the steadiness to do that.

Check out Part 2 of our interview with Jason Strand where he talks about other factors—including an online presence—that contributed to what’s happening at Eagle Brook.

Paul J. Pastor is editor-at-large of Outreach and author of several books. He lives in Oregon. 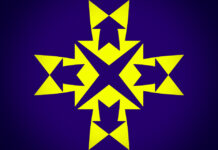 How To Change Your Church’s Priorities to Look Outward