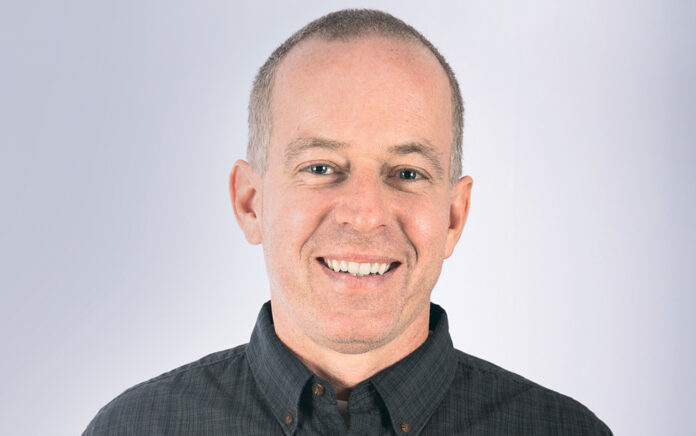 Why self-care matters in ministry

It’s no secret that ministry can be challenging. And it’s normal for those in ministry at times to need help. That’s why Michael MacKenzie has served as the clinical director of Marble Retreat in Marble, Colorado, helping ministry leaders in crisis through their troubles with spiritual and therapeutic guidance.

In his new book, Don’t Blow Up Your Ministry: Defuse the Underlying Issues That Take Pastors Down (IVP Press), MacKenzie aims to help pastors and other ministry leaders who need guidance and support, so that they, their ministries and their families may be spared the loss, destruction and grief that follow when a shepherd falls.

In this interview, he talks about his inspiration for the book, some of the most common reasons pastors struggle and what they can do if they need help.

How did you come to be a counselor of pastors and ministry leaders?

Growing up, my pastor became my spiritual father. I was best friends with his son, and I was in their home a lot. I saw the ministry life: always being on call, always being needed. He died of a heart attack at the age of 52. While ministry was not the direct cause, it definitely played into a lot of stress in his life.

Then my older brother went into church planting at a young age and was parachuted into an impoverished community in eastern Canada, where we grew up. Everything fell to him, from social work things, to being the pastor, to evangelism, to trying to grow leaders. That opened my eyes to how difficult a profession it is.

My wife had been a missionary in China for three years. That experience informed her about the struggles missionaries have and how they need a place to go for counsel, encouragement, guidance and recovery. While she was in the field, a couple of very important Christian leaders in her life fell morally. When people like that fall, you wonder how it can happen. But when you hear their story, you realize there were a lot of steps before they got to that point. At the end of the day, no one was there to help them when they needed it.

As humans, we tend to be performers. I wake up and ask, What do I have to do today? I don’t ask, How am I doing today? That’s how a lot of us are wired in order to make life work, to be successful and to make an income. There’s a lot of good in that. That’s where we find our meaning and service. But I think pastors get into that to a deeper degree because they feel as if they’re carrying the weight of the kingdom on their shoulders, that they need to make this church or ministry successful. They spend so much time thinking about what they need to do and not much time thinking about how they’re doing. They ignore the red flags and just figure out ways to medicate the problem so they can keep performing.

In ministry, there’s so much pressure to be doing well, to be confident, to have it together, to have the answers. Pastors don’t feel OK to say, Wow, I’m not doing well. They want to practice what they preach, to tell their people you need to have confidence and peace in all situations, that the Lord is with you—which is all true—yet we’re humans and we struggle.

“There’s a larger narrative that needs to be taught: Pastors are broken, they have needs and that’s OK.”

We’ve sat with so many Christian leaders who realized they were hurting and finally took the risk to be vulnerable. But people either didn’t know what to do with them or they responded negatively and shamed them. So those leaders closed down again, realizing it’s not safe to be vulnerable. They might worry that if they admit they’re hurting they’ll lose their job, and sometimes that unfortunately is true. There’s a larger narrative that needs to be taught in ministry bodies: Pastors are broken, they have needs and that’s OK. It doesn’t mean they are less-than as leaders. I think there is a need for openness and vulnerability.

From Outreach Magazine  Why Have a Care Ministry?

If it’s not safe to confide to someone in your own church, then go back to a seminary, Bible college, friend or pastor down the road in a different denomination. Somebody who can be trusted, who offers a safe place to go.

You say that the key to healing is being deeply known by another, and being loved for who you are, not what you do. That can be really difficult.

Lots of folks we work with in ministry obviously are comfortable being feet washers, but they’re not comfortable having their feet washed. I’ll have a pastor push back, I’m very authentic up front. I talk about my issues. But that’s not vulnerability, that’s authenticity. Vulnerability is, who washes your feet after you’ve told them your feet are dirty? And they’re like, Well, nobody does. That’s the difference. You can be 20 feet from somebody and say, Hey, I have issues, but don’t come near me. Pastors have needs. It’s not selfish or faithless to ask for help and to be cared for.

What does it mean to really engage with the roots of one’s brokenness?

There is often some heart or identity wound in a person’s life, from the family of origin or growing up. Somewhere along the way, their sense of confidence, self-acceptance or security was wounded. They wonder, Am I loved? Am I valuable? That wound often needs to be grieved. But often we don’t spend much time grieving. Instead we say, Hey, that wasn’t so bad, or, That’s in the past; it’s not affecting me today. We don’t realize it is part of our DNA. That’s not necessarily a bad thing, but if we don’t know it’s influencing how we make decisions and how we live, then it can be bad. Sometimes that does play into forgiveness. Do I need to forgive a parental figure or a friend who betrayed me? A teacher who shamed me for my dyslexia?

Then we have to work on changing lies to truth. Lies like, I’m worthless, I’m a fake, people are going to figure me out someday, I’m not really liked or loved, I’m not respected, I’m not respectable. Those kinds of things get into people’s DNA. They may not always say them out loud, but they’re in the internal dialogue that is reinforcing the lies they believe about themselves.

“[Pastors] ignore the red flags and just figure out ways to medicate the problem so they can keep performing.”

Finally, patterns need to be changed. Meaning, out of my wounds and lies I learn different coping mechanisms, like perfectionism. If I’m feeling insecure, perfectionism is my go-to. I’m going to perform perfectly so nobody can shame me about how I did, including myself. What would it look like to do that differently?

How do those in ministry sometimes turn their faith into an obstacle to addressing the struggles they may have?

We have this idealistic view of faith. A lot of Christian leaders have this idea that is self-imposed but also reinforced by those around them that they have to have the victory story, to walk by faith, which gets interpreted as walking without struggles or brokenness. And so we avoid all that stuff so we can have a victory story. Lots of Scriptures can get used to reinforce that mindset. We’ve had pastors who have had a very close loved one die, even a child, and they fall on certain Scriptures to reinforce that they don’t need to grieve, period. But the Scriptures say we’re still going to grieve. We just don’t grieve as those without hope. It’s a convenient get-out-of-jail-free card to not deal with the messiness of their pain.

From Outreach Magazine  National Senior Send Off Livestream (May 28)

Megachurch pastors perform well. They climb up the church world’s ladder of success. But then it becomes so heightened that they’re expected every week to knock their sermon out of the park. Every book they write is going to be incredible. Every vision cast is going to grab us. I think that pastor is on a treadmill that goes faster and faster, and they try to match that speed. They begin cutting corners on sleep. I have pastors who are abusing Adderall to be able to stay up to speed. They justify abusing themselves by saying ministry is getting done and the church is exploding.

“It’s not selfish or faithless to ask for help and to be cared for.”

For the small church pastor, there’s still pressure, but it’s different. It’s being the jack-of-all-trades. They can also carry within themselves a lot of pressure to grow the church. This is where it takes a lot of self-acceptance and self-confidence in your calling. They may think, Why are we not becoming the megachurch down the road? What’s wrong with us? They can have that chewing underneath. Not all of them do, but many do. That’s not all a bad thing. They want to grow the kingdom, they want to be effective and they want their people to experience growth. But it can lead to comparison. They don’t see the ministry they have sitting right in front of them.

What can you say to pastors who feel they need help but haven’t sought it yet?

There is hope, and there is help. When we can really pinpoint the exact cause, then the needed interventions are clear. They may have to work through some of their discomfort to access that intervention, whether it is medical or a support group or whatever. But because they have not deeply looked at their own brokenness or have not brought it into a helpful community, many pastors think they’re stuck. There really isn’t any issue that cannot be addressed. Things may not be made perfect, but they can be made better.

“There really isn’t any issue that cannot be addressed. Things may not be made perfect, but they can be made better.”

We value Christian leaders. They are on the front lines advancing the kingdom. There is a spiritual warfare component that’s against them, there is the fallenness of the world, there’s their own brokenness, there’s the brokenness of those around them. It’s just such a battlefield to advance the kingdom, yet we believe in the importance of their role. We want to see them valuing themselves and realizing they deserve to be well. God wants them to be well. And ironically, they will actually be better at ministry, which is their goal. They’ll run themselves into the ground to be good at ministry; yet if they’re well, they’ll be better at it. I think the God-given path to do what they’re being called to do is living out the fullness of Christ in who they are.