DAN KIMBALL serves on the staff of Vintage Faith Church in Santa Cruz, Calif., and is the author of a number of books. Dan is also one of the core leaders for Origins, a new network of individuals focused on evangelism to new generations. CONNECTION TO OUTREACH MAGAZINE: Dan is a contributing editor, whose column, “On […]

DAN KIMBALL serves on the staff of Vintage Faith Church in Santa Cruz, Calif., and is the author of a number of books. Dan is also one of the core leaders for Origins, a new network of individuals focused on evangelism to new generations.

CONNECTION TO OUTREACH MAGAZINE: Dan is a contributing editor, whose column, “On Mission,” appears in each issue.

DAN KIMBALL serves on the staff of Vintage Faith Church in Santa Cruz, Calif., where his current role is overseeing the Sunday gatherings and teaching as well as the missional aspects of the church. He also serves on the Vintage Faith Church Leadership Council. Dan’s role also includes extending the mission of the church through writing and speaking. He is known to shop eBay in the wee hours of the morning for vintage shirts.

Dan was born and raised in northeastern New Jersey and got his Bachelor of Science degree in landscape architecture from Colorado State University. Dan was a drummer in a rockabilly/punk band for many years and lived in London for a year playing in the band. After the band ended, Dan went to Israel and lived there for several months, studying the Bible on his own to see whether Christianity was a valid faith or simply the religion of American suburbia. Mainly all of his closest friends were not Christians, so he desired to be able to intelligently explain and know why Christianity was a faith that made sense. After Israel, he moved to Santa Cruz, where he began attending Santa Cruz Bible Church and got very involved in various ministries at the church. Because he felt he wanted to dedicate all his time to serving in the church, he went to Multnomah Biblical Seminary in Portland, Ore., and graduated with a Graduate Certificate in Bible.

Upon returning to Santa Cruz after graduating from Multnomah seminary, he became high school pastor at Santa Cruz Bible Church, working with teenagers in what became a large youth ministry along with Josh Fox. After serving in high school ministry for eight years as high school pastors, Dan and Josh felt the need for a worship gathering and ministry that reflected more of the values of the emerging culture and heart of emerging generations. So they started the Sunday night “Graceland” worship services and ministry at Santa Cruz Bible Church. Graceland initially started as a college ministry, but because it connected with a broader age range, it became a “young adult” ministry and then, eventually, alternative worship gatherings for all ages. After several years, Graceland eventually folded into Santa Cruz Bible Church, as the dream for launching a new church in Santa Cruz was formed. Dan was part of the leadership team that launched the first church plant of Santa Cruz Bible Church when Vintage Faith Church was birthed in February 2004. Dan’s current role with Vintage Faith Church is primary teaching pastor and oversight of the missional aspects of the church. Dan has been married to Becky since 1990, and they have two daughters, Katie and Claire, and one day hope to have a poodle. Dan loves rockabilly and punk music, comic art and drives a 1966 Mustang that is slowly rusting. Dan is currently pursuing a Doctor of Ministry from George Fox Evangelical Seminary, where he also serves as adjunct faculty mentor.

“The Truth About Hell” » 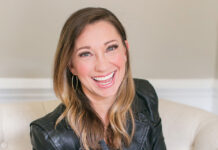