Home Features J.D. Greear: Is Your God Too Small?—Part 1 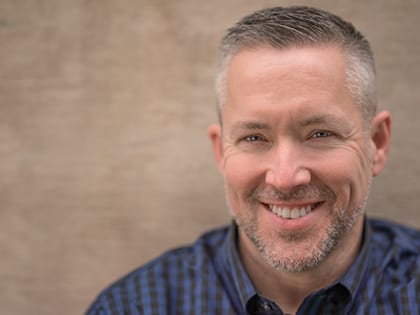 “It was as if I had my own little solar system and God was the missing planet.”

THE FEAR OF GOD

“Just like I did, many of us try to skip this step—the fear of God—in our pursuit of faith. But we can’t. The fear of God precedes faith. It fuels our adoration of him and undergirds our understanding of his love. Worship, faith, passion and obedience can only flourish in the soil of awestruck wonder.”
—Not God Enough

J.D. Greear is pastor of The Summit Church in Raleigh-Durham, North Carolina, one of Outreach magazine’s fastest-growing churches in the United States. He’s the author of several books, including Gaining by Losing: Why the Future Belongs to Churches That Send and Jesus, Continued: Why the Spirit Inside You Is Better Than Jesus Beside You.

Greear’s new book, Not God Enough: Why Your Small God Leads to Big Problems (Zondervan, 2018) focuses on how having a limited vision of God holds us back from living the kind of rich and raw life that the Bible describes—and that we long for. Outreach caught up with Greear to talk about how moving into a larger vision of God can unleash new life for our ministry and mission.

First things first. Why a book about the size of God?

It comes out of a life struggle that I’ve had for about two decades. All the way back when I first became a Christian in high school, I had the desire to have a rock-solid faith. To be the kind of person who could be, say, a great Christian martyr. I longed for courage to stand against the world, to have a passionate love for God—panting for God like David. I wanted to be a man of bold courage.

But if I’m really honest, even though I felt that I had done everything one could humanly do to get to that destination, I continued to be disturbed by how weak my faith was and how much doubt was still plaguing it. I had so little emotion for God. I was a missionary—and spent the first few years of my ministry among an unreached fundamentalist Muslim people group. When we were in danger there, I was simply scared, not bold or defiant like the Apostle Paul.

This struggle became a nagging question. After all, I had a Ph.D. in theology. Why is it that no matter how much I learned, these things weren’t there? Well, it was a gradual process, but over the past 20 years I have seen that one of my biggest problems in my faith was that the size of the God I was worshipping was entirely too small. I was approaching God as if he were a slightly stronger, smarter version of me. I lived as if I thought, If God would just explain to me the reason for his ways, it would make total sense. So why doesn’t he just give me the answers?

When it came to living for God, I looked at him like the necessary piece that would complete my life. It was as if I had my own little solar system and God was the missing planet. But what I realized was that I was approaching God backwards. He wanted to be the center.

From Outreach Magazine  Look Before You Innovate: The Secret of Change

Proverbs 9:10 says that the fear of the Lord is the beginning of wisdom. I think that wisdom includes strong faith, passion for God, courage and all the other things I attached to the Christian life. So I came to believe that to get to those things, I had to go through the gateway of the fear of God. That means recognizing that he is of unbelievable and inestimable size. When you go through that, it gives you the ability to trust God, whether with doubts that you have, or a sense of your own insignificance in comparison to him. In that sense, understanding something of the true size of God became a gateway that led me to a new knowledge of him, that despite what I had learned in the past, I hadn’t truly grasped.

Was there a hinge moment in your life that expanded your conception of God?

Two or three moments come to mind. Reading Piper’s Desiring God was one of them. In the book, he talks about us being created for God’s glory. Reading that was offensive to me, because it threatened my self-centered faith. But it did lead me to realize that I was not at the center of my universe, God was. Ultimately, that became something that helped me accept some of the things that I couldn’t understand.

Really reading Job was another moment. Job’s a fascinating book. There are 38 chapters that essentially consist of questions for God. Then, at the end when God finally shows up, he really doesn’t answer a single one of the questions. Instead, God asks Job the questions, all to give a sense of how large God is. It’s as if God says, “Hey, Job, did you create the universe? Do you know where the lightning bolts come from? No? Well if you didn’t create the universe, then maybe you shouldn’t question how I’m running mine. We’re not intellectual peers.” The God of Job is not here to explain himself.

That speaks to me. Look at the world around us. We’re talking about a God who spoke into existence a universe so vast—our own galaxy, the Milky Way, has an estimated 100 billion stars, but the entire universe contains trillions of galaxies. Each of those billions of trillions of stars puts out the same amount of energy every second as a trillion megaton bomb. He spoke that into existence with a word. Compare that to my power: I can’t lift my mattress over my head without a back brace.

If God’s power is that far beyond mine, imagine if his wisdom was too. If that was the case, it makes sense to me that there would be a lot of things that just wouldn’t make sense to me. It was humbling my mind before the awesomeness of God that helped me to understand that God doesn’t give us all the answers, he shows us who he is. We want explanation, but God gives us revelation.

From Outreach Magazine  Turning the World Upside Down

Even in the life of Jesus you see this. He is asked so many questions. But Jesus keeps going back to a central question—whether or not he was who he says he was. One of the definitions of faith that I use in the book is that faith is accepting what you cannot understand based on what you can understand. It’s when the unexplainable meets the undeniable. And what’s undeniable is that Jesus is the Son of God and that he was raised from the dead. If that’s undeniable, then of course there are things that aren’t going to make sense. But there’s a platform for faith.

That’s a key tension at the heart of all this—the interplay between information and formation in the Christian life. Tell me more about the relational aspects of rediscovering God’s proper “size.” How did you know God in a different way?

I have two different ways that I’d approach that question. One is that I relationally realized that I exist for his glory and that ultimately God doesn’t exist to complete my life. I play a part in the story of his glory. Ultimately, I will be most satisfied when I am living, not for my purposes, but to serve my place in his. That ends up being the key to courage, to dealing with pain in life and so much more. This is all part of a beautiful story, of which I get to be a part.

The other way I’d approach it is to say that relationally, it’s made me cling even more to Jesus himself. Here is Jesus, the Word from the Father. He was God who walked among us. I may not be able to get my mind around the largeness and magnificence of God, but I can get my mind around who Jesus was and what he did. There may be a ton that I can’t explain about my faith or my life, but I know that if Jesus is really the God who spoke the world into existence, and hung on a cross and died for me, I realize that whatever’s happening in my life that I can’t understand or explain, it’s not because God lacks power or love for me. Christ’s resurrection and powers of creation show me he is wholly in control. It shows me that he is wise. It shows me the one thing I never have to doubt: the continuance of his love for me.

At the end of the day, that’s what we get when we realize how big God is—we get Jesus.

In Part 2 of this interview, J.D. Greear talks about how you know if your church is worshiping a small God, how to recapture awe in the presence of God and the role that doubt plays in building faith.

Paul J. Pastor is editor-at-large of Outreach. His most recent book is The Listening Day: Meditations on the Way (Volume Two). He lives in Oregon.