Home Features Bryan Loritts: Diversity Is Not a Fringe Issue—Part 1 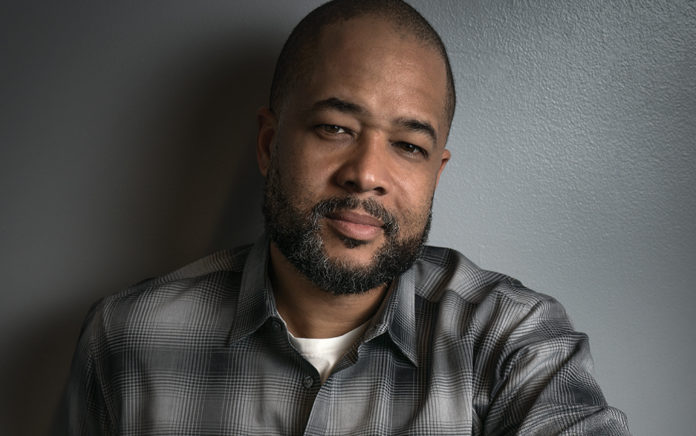 “You have to construct a philosophy of ministry where you show people that diversity and reconciliation aren’t fringe issues, but that they’re tethered to the gospel.”

We live in racially divided and frightening times when the path to justice, reconciliation and solidarity with our brothers and sisters in Christ is not always clear. This week, we are revisiting timeless comments from several of Outreach magazine’s contributors to help shine a light on the way forward.

How a diverse, reconciled church can lead us to a faithful future deeper than white evangelicalism.

April 2018 will mark 55 years since Martin Luther King Jr. wrote his powerful “Letter From Birmingham Jail.” Addressed to fellow clergy who were criticizing the civil rights movement, King’s letter to his fellow pastors is still haunting in its timeliness for today. While advances have been made in certain areas of ethnic and racial relations in the United States, King’s classic statement (made elsewhere) is still true: Church is still the “most segregated hour of Christian America.” Similarly, his words in the letter that “If today’s church does not recapture the sacrificial spirit of the early church, it will lose its authenticity, forfeit the loyalty of millions and be dismissed as an irrelevant social club” seem like outright prophecy.

Enter Bryan Loritts, whose work as a pastor, nonprofit leader, author and consultant focuses on encouraging multiethnic and multicultural church organization and worship. Loritts serves as senior pastor of Abundant Life Christian Fellowship, a multiethnic congregation in Silicon Valley. Before his move to California, he served as pastor for preaching and mission at Trinity Grace Church in New York City, and as the lead pastor for Fellowship Memphis church in Memphis, Tennessee. Loritts is also president of the Kainos Movement, an organization dedicated to making multiethnic church the new normal.

We caught up with Loritts to glean wisdom for church leaders looking to encourage prophetic truth, reconciliation and renewal in their communities, beginning with their own life and staff culture. We encourage you to find and read King’s “Letter” in its entirety, and to pair his classic words with Loritts’ powerful pastoral invitation.

Pastor Bryan, you’ve been advocating for multiethnic and multicultural church for years. Have you seen the conversation shift during your career?

Yes. In general, I’m incredibly encouraged by our progress. When we planted Fellowship Memphis in 2003, I could only count about three multiethnic ministry models that I wanted to pattern my work after. At that point, only about 2 1/2 percent of Protestant churches were multiethnic. The statistics are a little dated, but the latest numbers I’ve seen (from 2011 or 2012) show 10 to14 percent. That’s exponential growth!

But like anything, there’s been give and take. The church has made phenomenal mistakes along the way. Many of those have to do with the dynamics of church leadership.

There’s a growing frustration among leaders of color serving on white staffs—they’re pretty much being asked to make bricks with no straw.

Here’s what happens: A church will hire a leader of color under the auspices of transforming a church toward multiethnicity, but it won’t invest them with the power they need. Unless you’re willing to give up significant airtime in the pulpit, you’re really just begging for a token. That is frustrating. I feel it personally, and see younger minority leaders just not tolerating it anymore. I’ve officially retired from being contracted by well-meaning white leaders to find minority staff leaders. The intentions are good, but the outcomes aren’t.

How is that influencing your current thinking?

It’s virtually impossible to disentangle white evangelicalism from American evangelicalism, because the historic gatekeepers of the movement have been white. There is a historic theology in America that has been colored in white. That’s not the problem. The problem is that white theology has been normalized as the standard by which we judge and validate everyone else’s faith and experience. That holds us back and needs to die.

Tell us more about how the dynamics of white evangelicalism impact leaders of color in a church setting.

I use the image in my book of what I call “multiethnic sharecropping.”

If you were to drive down a Southern road back in the early part of the 20th century, you would probably see black people working the land. Unless you knew better, you would assume they owned it. But in reality, the system was set up so that whites owned the land, and black farmers worked it, in a cycle of generational indebtedness. The face of it was black, but the real power of it was white.

The same thing exists in churches. Dr. Korie Edwards, a dear friend, is a Jesus-loving sociologist at The Ohio State University. She researches what makes multiethnic churches tick. She has seen that minorities in multiethnic churches look to white people for permission for what is acceptable and what is not. That jibes with my experience. I’ve felt and seen it as a consultant.

I imagine that works out in pretty subtle ways?

Yes, but subtle doesn’t mean “not powerful.” It shapes cultures.

I can’t say how many times I’ve preached a spirited sermon that touched a chord in a lot of people, then, after the service, African-American people came up and said, “Pastor, that was so good I almost shouted.” And I think, Well, why didn’t you? What happened? They looked around and realized they felt like a guest in their own house of worship, and they adjusted who they were in that space.

Another example: A new African-American family will come to our church. The first Sunday, they’re dressed to the nines, suited and booted. They address me as “Pastor Loritts.” Then they join us, and six months later they’re dressing down, and I’m “Pastor Bryan.” A year later? That same minority family is now wearing Crocs to church, and just saying “Hey, Bryan.”

The issue is not what they call me or what they wear. The issue is why. Multiethnic churches tend to be monocultural. And minority cultures within multiethnic spaces acquiesce to white culture.

Now I want to be fair—white people aren’t pulling minorities to the side to scold them for wearing wingtips. What we’re talking about is a cultural expression. But as things are now, both cultural expressions can’t realistically share the same space. Even though what results may have a black face, it is still white-owned and defined.

For the average pastor, a cultural dynamic like that feels intractable. How do you begin to shape a more equitable culture in line with the values of multiethnicity?

It really starts with awareness.

I wrote an article for the Global Leadership Summit some months ago, titled “’White Is Not a Four-Letter Word.” I take issue with the demonization of “white” for sport. But I believe, after spending decades in this line of work, that our white brothers and sisters do not consciously think in terms of whiteness. If I could go back in time to talk to my 20-something self, I would tell myself, “Calm down—not everything you are quickly labeling as racism is overt or aggressive. Because they don’t see their whiteness, they are ignorant to the power they wield.”

From Outreach Magazine  Use Instagram to Reach More Students

To shape a more equitable culture, our white brothers and sisters need to flip a switch and try, as best as they can, to do a very counterintuitive thing: to see themselves as white. To think as consciously as possible that they are white. This is a bit like trying to make Americans aware of their accents. We have one. But many of us can’t hear it until we travel, or really analyze it.

All of us have ethnic proclivities and biases. That’s not the problem. The problem is when those become oppressive. For whites, they become oppressive when they don’t think about them strategically and steward them carefully. You can’t steward what you’re not thinking about.

Your use of “stewardship” there is interesting. Can you unpack that?

Absolutely. A lot of readers will have an allergic reaction to what I’m about to say, but I think that “white privilege” is a horrible term. I know I offer a variant viewpoint here, but just about everyone has some measure of privilege. What matters are the opportunities we take to steward it.

For example, as a black man, I am privileged to have parents who just celebrated 46 years of marriage. They love the Lord. My father is still actively engaged in my life and has left me an incredible name. I say the name “Loritts” and it’s almost annoying the doors that open for me because of him. That’s a measure of privilege, and I should not feel guilty about it. What I should feel guilty about is if I don’t use it well.

The goal becomes something like how Tim Keller describes justice—as disadvantaging ourselves for the advantage of others. We need to use whatever privilege we have to empower others, specifically the marginalized.

Look, there’s no clearer example of privilege than Jesus Christ. He was born God in the flesh! Yet not once does Jesus deny his privilege. Instead, he uses it. He empowers others. That’s what we’re getting at: incarnational stewardship within a multiethnic space.

King’s “Letter From Birmingham Jail” is tragic because it is still so relevant. King was not dealing with some kind of fringe terrorist group like the KKK; he was putting his finger on what I call “evangelical passivity.” And that spirit exists today.

What white evangelicalism has to own is that passive legacy: They did not march in the streets with King during the civil rights movement. Instead, they settled for finely manicured homiletical masterpieces behind stained-glass windows while, outside, thunderous streams of water from fire hoses were knocking down little 9-year-old black girls singing “We Shall Overcome” on the streets of Birmingham. They had no vision that the kingdom wasn’t just a future reality, but that the gospel had implications for right now. To move forward, white Christians need to own that.