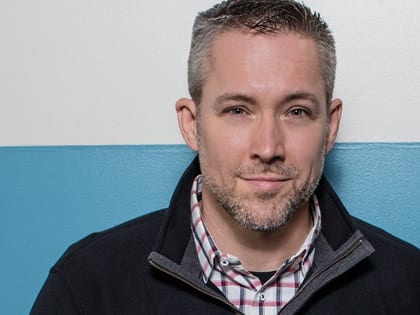 The mood was understandably celebratory earlier last fall when Pastor J.D. Greear announced to The Summit Church in Durham, North Carolina, that they had been recognized by Outreach magazine as one of the country’s fastest-growing churches.

But there was a twist.

Greear says, “I told our church, ‘Hey, we’re No. 28 on the list of Fastest-Growing Churches, and we’ve been on the Top 100 six years in a row.’ They were excited. Then I said, ‘Better news is, Mercy Hill in Greensboro that we planted three years ago with 30 of our people is No. 11 on the list.’ The place just came unglued.”

That’s the twist—the investment of people and financial resources in the kingdom, beyond the walls of the church. Greear would say, from experience, it’s a counterintuitive, costly decision to release some of your most engaged people into ministry out there. Yet in the logic of the kingdom, it makes perfect sense.

It is, as the title of his recently released book affirms, Gaining by Losing.

You’ve written a lot about the church and its mission. Let’s put the development of your thought in perspective. What are your earliest memories of church?

My parents came to faith in Christ when I was 2 years old. They had been cultural Christians before that. They moved to a new city, Winston-Salem, North Carolina, and I came along, their first kid. They thought, We’ve got to raise this kid in church. Someone my dad worked with told him about this exciting new church where, evidently, Pastor E.C. Sheehan could just preach the paint off the walls. Through his influence, my parents came to faith in Christ.

That pastor took a real interest in my dad—and in me. I was only 3 or 4 years old when he told my dad he thought I was destined for ministry. “I feel like God has got something for this guy,” he said.

When I was 5 I decided I wanted to be baptized. I had heard my parents talk about accepting Christ and I wanted to know about it. My pastor spent a lot of time with me, asking me questions, and I remember what he said to the congregation from the baptistry. “Normally, I wouldn’t baptize a 5-year-old kid, but God seems to have given this 5-year-old a real understanding of grace and the gospel.”

About a year and a half ago my dad and I traveled to that man’s funeral in Macon, Georgia, and we had a lot of time to reflect. My dad said, “I honestly can’t remember any of the sermons that man preached that so captivated your mom and me, but he brought me in, side by side, with his life. I’d pray with him before the services, me and a couple other guys, and I learned more about walking with God just listening to him pray than I ever did from any of his sermons.”

I remember him and his presence in my parents’ lives. And I remember as a kid feeling a sense of wonder of the church and what happened there.

There were signs at every exit of the sanctuary that said, “You are now entering the mission field.” That made an impression. My church was big on missionaries. They would have these horrendous missionary slide shows on Sunday evenings, but at some point I connected that emphasis and those signs and that helped develop my concept of the church as a sending place.

Did you ever doubt your faith experience as a kid?

I wandered away from God in my middle-school years, then really doubted my salvation, but God used that to bring me back to himself. I had kept trying to make a deal with God instead of just surrendering, and that’s why I couldn’t get assurance of salvation. It was a Monday when I finally surrendered to God. That Wednesday I went out door-to-door evangelizing on my own. I thought if you’re really a sincere Christian, you do this. So I got a pile of tracts and went out in the neighborhood asking people, “Hey, if you died tonight, do you know where you’re going?” I led a few people to Christ and brought them to church with me. It’s not the most effective form of evangelism, but I just grew up thinking this is what you did.

From Outreach Magazine  A New Twist on an Old Idea

In time you got a more refined view of the church, living through many more clarifying experiences.

I grew up in a very conservative church. We only used the King James Version and we didn’t go to movies and we didn’t listen to secular music. There are a lot of things I do differently now. But they taught me to love Jesus. They taught me to love missions and evangelism. Those core things are still central to the ministry that God has given to me.

When I went off to college, I intended to go into law. But I started teaching a Bible study on the college campus and it grew from a handful of students to several hundred. I remember thinking, I really like teaching the Bible every week. Man, I wonder if I can just do this all the time?

And I was influenced by Elisabeth Elliot’s biography of her martyred husband, Jim Elliot. God was opening my eyes to the nations.

One semester in my junior year I decided I was going to see how many times I could read through the book of Romans. I had a 9 o’clock class, but woke up late one morning and decided I was going to read the Bible for a while first—I’d just show up late. I was sitting there in my dorm room reading Romans 2 where Paul says that those who are under the law will perish under the law, and those who have never heard will perish because their conscience condemns them. I know it’s a strange verse, but suddenly the reality of 1.8 billion people who had never heard the name of Jesus—it just hit my heart. This was not new information, but the weight of it felt crushing to me.