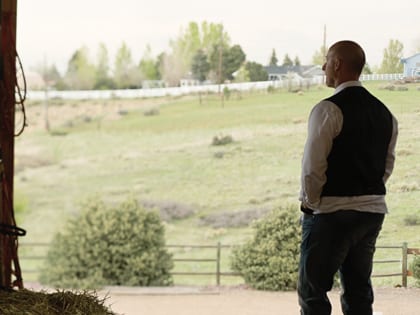 “To win a heart means you have to be able to eat dinner with them and not put a finger in their chest.”

In Part 1, Hugh Halter set the stage for how his perception of incarnational living developed in his personal experience. In Part 2, he explored the connection between incarnational living and what he calls “holy nonjudgment.” Here, in Part 3, he looks at contemporary culture and applies the concepts of his books Flesh and Brimstone, and brings the discussion back to our personal relationships to illustrate the power of “holy nonjudgment.”

It’s easy to see how this exercise of nonjudgment works out in a relational context. You and I sit down—we can find common ground. It becomes more difficult as you view the church institutionally. Don’t we have to take a stand relative to explosive cultural issues? And yet, doesn’t that simultaneously undermine our efforts at building bridges of compassion and conversation?

Well, that is the dilemma. The farther away you get from organic people-to-people contact the more difficult it becomes. So even governmentally, churches have to have some essence of membership even to get 501(c)(3) status. With that there are some dilemmas for sure about making a stand on certain issues. But I think we’re getting to the place now where we’re taking a stance on so many issues, and it’s never a stance that pulls people together; it’s always a dividing line. Another line in the sand to a culture that already goes, I’m not going to be able to get through those other 10 lines you’ve drawn.

So what would Jesus do in regards to the institution of the church? I think he would first say, Well, I never meant it to be an institution, and I never meant for the church to be the center of culture, trying to dictate what the culture would do.

Probably the easiest way to picture what he was trying to do pre-Constantine, was that the church would influence people through people. The more institutional you get, yeah, the harder it will be for you to influence. I think he would probably tell the church, Stop trying to be so churchy. Stop worrying about your 501(c)(3) status. If they take it away and people can’t get a write-off, it’s OK. There’s something more important here: that you would actually be a people that would testify and model my character to the world.

There are two kinds of issues, aren’t there? Some issues are internal, within the church, and the church can’t necessarily ignore them. But then there’s our tendency as the church to dictate to the culture. So how do we suppress the impulse to call the world to our moral standards?

That’s the crux of the issue. Remember that time when they asked Jesus, “What’s the greatest commandment?” And he actually tells them, and then right at the end he says, “All the Law and the Prophets hang on this.” They hinge.

To me this is the crux, the center of the Brimstone deal. Jesus does give an answer. He gives a way through all this social, spiritual complexity: “Love me with all your heart, soul, mind and strength.”

That’s Jesus saying to the Christian, No matter what happens with how they redefine marriage; if 10 years from now polygamy is on the voting docket; if they start calling anything marriage; if they legalize every drug; if all the sudden those who are leading our country politically are Islamic—no matter what happens around you, you still get to be married unto me, You still get to not smoke the stuff. Because you know that your holiness doesn’t allow you to do this.

But then there’s this other idea: You must love your neighbor as much as you love yourself. He’s now saying that you can no longer impose your moral commitment to me upon the horizontal. Your vertical commitment to me does not give you permission to mandate your moral code upon the horizontal plane of relationships around you. In that case, you must learn how to love them as much as you love your own family.

And you cannot love what you judge.

I frame it as whimsical holiness. You live as holy as you can, but there’s a whimsy to it. When people sin around you, you don’t have to gasp for air or wring your hands or pull your hair out or lock your kids in the house. You learn as a missionary and as a missionary family how Jesus prayed for his disciples. “Father, I pray not that you will take them out of the world—even knowing what that world was like—but I pray that you will protect them from the evil one.” That’s more the posture of an incarnational person—we’re trying to live as aligned as we can with the life of Jesus.

A lot of energy goes into the notion that we are a Christian nation and the sense of grief over losing that, and the desire to try to hold onto that.

Well, it’s been proven historically the church is always more powerful when it influences from the margins. So when you’re trying to maintain the center it’s just never going to work.

You want to see your friends come to faith? Don’t worry about the world being dark, right? When the world is dark then all you need is a little bit of light. That’s essentially evangelism. Light is not afraid of darkness. Light doesn’t have to yell at darkness. Light just has to be light. Maybe we should quit worrying so much about the darkness and learn to be children of light.

We quote the words of Jesus, he will build his church and the gates of hell will not prevail against it. We refer to the Scripture as the Word of God. We talk about the Spirit’s presence within us and his work in the world. But we seem to have a hard time trusting all that.

The Holy Spirit will actually convince and convict, not us. So if that’s not our job, then what would our job be? It would seem like our job would be to make his job as easy as possible, and that means that we stay in relationship with people and we live in such a way that they actually want to ask us about living.

I’ve had hundreds of my friends come to faith; I’ve never had to actually confront them about sin. They’ve always come to me to confront their lives. People understand that their lives don’t measure up.

I remember a guy coming up to me and saying, “Do you and Cheryl ever fight? ‘Cause it doesn’t seem like you guys fight.”

He was like, “No effing way. How do you not fight?”

That’s confrontation. That’s somebody saying, Can you please speak into my life?

As you watch the incarnation, the Word becomes flesh and dwells among us, and so we’re able to perceive the glory of God. To me, helping people see the face of God is evangelism.

Then it says he came full of grace and truth. I tell people, The world right now definitely wants to experience some grace from us. Grace means, we know you’re jacked up, we love you anyway.

I think they also want truth. We’re afraid they don’t want truth. They do. They just want truth to come from a friend and not an adversary.

To win a soul you’ve got to win their heart first. And to win a heart means you have to be able to eat dinner with them and not put a finger in their chest.