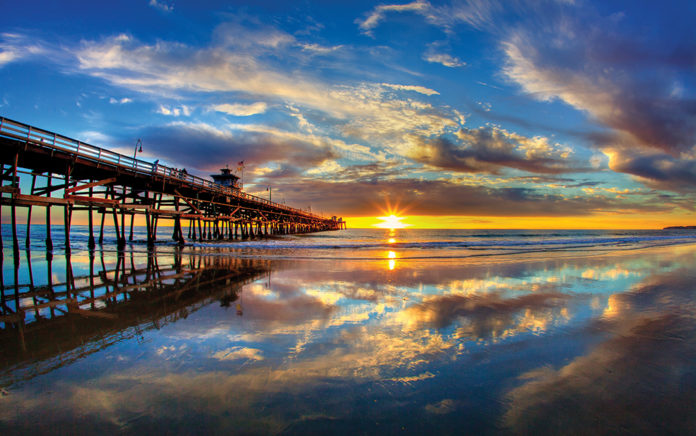 THE CHALLENGE
Provide free ocean-based desalinized water in small, marginalized coastal communities in the 108 countries that have direct ocean access.

ONE BIG IDEA
Plant churches in the same areas to not only bring water, but also the Word of God to these communities.

“One definition of God moving might be when MIT calls a pastor and asks for water policy advice.”

In an article on church planting, this statement would appear to be a non sequitur. But the truth is, Ryan Delamater has combined starting new churches in impoverished areas with desalinating ocean water in an innovative new endeavor.

A TRIP TO UNDERSTANDING

When Delamater set out on a yearlong bike tour in 2010, the journey took him to a place he never dreamed possible. “On that ride, I, for the first time, learned that people didn’t have equitable access to water or access to it at all,” he says. “I also learned that the most marginalized people in the world—those who are the least economically able to afford water—do not have access to it. Or if they do have access, the cost is much higher than those who take it for granted in the first world.”

After he completed his ride, he went to Fiji with friends where he helped the Fijian government install water filters in 136 homes and two villages. That experience prompted his interest in public health policies as it relates to water, leading to a doctoral degree in public health. “I completed that program with the intention of educating myself so that I could help people think differently about water policy,” he says.

“For every California church we would start, we would pick another location in the world to apply those lessons we had learned.”

After a series of trips to El Salvador, Delamater and a small cadre of friends began to look at ways of creating a long-term, sustainable solution for water via an ocean-based model. They did research and built their own desalination project—without a blueprint—then found a site to conduct a beta test.

In the meantime, Delamater saw a correlation between the areas in the world with the greatest water disparity and the fact that those same areas didn’t have a local church. He decided to come up with a creative way to solve both problems.

In May 2019, Delamater started OCNWTR Church in his hometown of San Clemente, California. OCNWTR is a place where people gather for food, fellowship and the Word while also providing ocean-based clean water and building homes for the poor. He simultaneously started a church in El Salvador.

“That was our blueprint—for every California church we would start, we would pick another location in the world to apply those lessons we had learned,” says Delamater, who distributed the desalinated water for free through their indigenous network of local churches. “We install these small-scale desalination systems when we take 10- to 14-day trips to countries and train people in our salt-water/clean-water/living-water approach.”

From the start, Delamater’s dream was for OCNWTR to operate in what he calls the “unprofessional church world.” He envisioned small groups meeting to delve into God’s Word and do God’s work. Because he felt strongly about doing things that way, he decided they would meet at his friend’s mixed martial arts studio, then a coffee shop. Due to COVID-19, they now meet outside. In San Clemente, 60 people on average come each week. Other locations have 20 to 25 people.

As new members find their way to OCNWTR, small groups of 30 break off and plant churches in adjacent towns. “I purposefully want to raise up leaders, and they tend to be younger,” says Delamater. “I’ve told them when they feel ready, they can take whomever they want and start their own church.”

“Scaling is complex. The algorithm is interesting, but I’m excited about it,” says Delamater, who plans to take water systems and churches to Argentina, Indonesia, Bangladesh and Pakistan. He knows it won’t be simple, and they will have to overcome barriers to multiplication.

“The way you eliminate the control barrier is to allow decision-making to be based on trust, not structure,” he says.

Delamater notes that the problem with most North American church planting models is that they are so heavily financed that they don’t translate cross-culturally at all.

“I learned that the most marginalized people in the world—those who are the least economically able to afford water—do not have access to it.”

“You can’t go into a small, marginalized coastal area with an average income of $500 a month and plop into that context and culture an economic model. It just doesn’t fit,” says Delamater, noting that the economic models are always reflective of the culture of the sending group.

“When you go to a country overseas and you’re talking about eliminating cost as an inhibitor to growth, that, in effect, makes the churches smaller that you plant,” he says. “Plus, in many cases these locations don’t have the means to hire a pastor so the pastor has to hold multiple jobs.”

Though the pandemic has caused much heartache, Delamater sees a silver lining.

“I had thought as recently as two years ago it would take a very long time for traditionally minded people to consider what we’re doing as an option,” says Delamater. “But I think that this past year has accelerated, in many ways, the trends that are going to lead to more and more of this happening.”

Being forced to press pause on life has caused people—and churches—to rethink their priorities. He’s hopeful that moving forward more churches will begin using their resources to solve real-world problems.

“I’m talking about actual problems in the world versus made-up ones,” he says. “As far as I’m concerned, water, food and housing are the three unsolved problems of the world. Everything else can take a back seat to someone who doesn’t have water, food or a home.”

He suspects that church networks that align with that kind of thinking are going to have a much brighter future than those that don’t.

“That’s not a theological statement or a moral statement,” says Delamater. “It’s simply a pragmatic statement.”

People in all forms and fashion are taking notice of OCNWTR. In late 2020, the director of water policy at the Massachusetts Institute of Technology asked Delamater if he would participate in their water summit and join their water policy team. At first Delamater thought it was a scam, but when they reached out again, he found it was an honest request.

OCNWTR is steadfast in its commitment to keeping Christianity as a grassroots, Spirit-driven religion that serves the poor. As Delamater states, “That, to me, is the most exciting thing to focus on because there is still massive water inequality in the world, still massive housing inequality, still massive food inequality, and so my focus is there because that’s what I care about the most.”