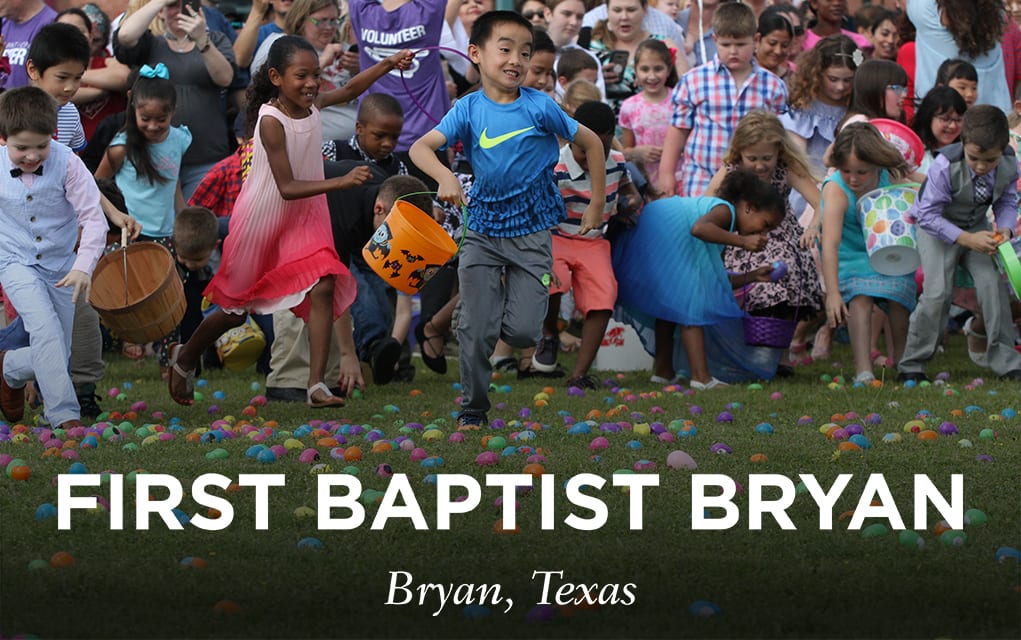 Jim Moore, a deacon and 13-year veteran at First Baptist Bryan, may not remember every time the church has helped someone, but one instance stands out. A church member recently testified to an outpouring of kindness he experienced through the church.

The man, a regular in the singles’ ministry, needed to help his elderly parents move out of their home, Moore says. After sharing his dilemma with others in the ministry, several people arrived at the home and helped the man’s parents over two weekends to move their furniture and belongings.

“It moved him to tears to find that there were people who really cared that much about him,” says Moore, “and cared enough to help.”

The singles’ ministry is just one of several programs that First Baptist Bryan offers congregants to help them grow spiritually and become more active in the church.

Senior Pastor Jim Heiligman began his tenure at the church four years ago after the congregation experienced a painful split. In the early days after his arrival, he focused on helping the church move forward, which required a lot of prayer, hard decisions and additional staff. Today, the 152-year-old church is a growing, multigenerational congregation, says Heiligman, who credits the Holy Spirit for its progress.

“The Lord is doing a great work,” he says.

The growth, however, took time, due in part to the members’ willingness to take chances and try new things. For instance, the church added a short break between the 8:45 a.m. service and the 10 a.m. Bible study on Sundays. The idea, Moore says, was to give people time to grab a hot beverage at the church’s coffee bar and fellowship with each other for 15 minutes before breaking up into their classes.

The church also took steps to transform its singles’ ministry to better meet the needs of unmarried persons. Singles can meet in a small group or on Sunday mornings by attending one of the Bible study groups for singles that include ones for young professionals, single parents and older singles.

Looking back over the last four years as the pastor, Heiligman says he learned one lesson: “I have a long way to go in ministry. The Lord is still shaping and forming me.”