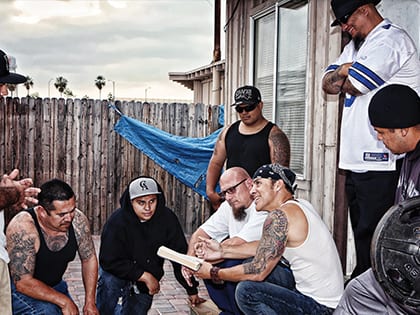 The Church: House of Grace in Ashland, Kentucky
The Challenge: Make a difference in a community that has many churches.
One Big Idea: Creatively serve the people no one else is reaching.

Ashland, Kentucky, is full of churches, but House of Grace is touching the community in a way few nearby churches are. Its vision, says Senior Pastor Gerardo Mejia, has been to change its community by addressing unmet needs in creative ways.

“A church is not a church if it’s not affecting the community,” Mejia says. “If there’s no change, nothing’s happening, and I know there are needs here.”

The result is a congregation of youth, motorcyclists, those with addiction problems, homeless, older folks, professionals, blue-collar workers and Hispanics. The hodgepodge group might be surprising, but the unusual nature of the church’s composition starts with Mejia himself.

Before he was an ordained pastor, Mejia became famous in the early ’90s as a crossover Latin artist with his hit single, “Rico Suave.” But he made some mistakes in his personal life, and his marriage suffered. His wife returned to her family in Kentucky, he to his in Ecuador.

After lots of prayer and repentance, Mejia went to Kentucky to fight for his family. God restored his marriage, and House of Grace was born out of a small Bible study Mejia and his wife began with 12 people in their Ashland garage a few years ago. Now about 200 people attend the church.

Inspired by the Los Angeles Dream Center, which Mejia attended when he lived in California, he finds creative ways to reach people no one else can or will.

From Outreach Magazine  Serving on a Saturday: Epiphany UMC in Ohio

“One thing I learned from Pastor Matthew [Barnett] was how such a big vision holds up to the people [we’re reaching]. How are we going to be able to do this? God told him, ‘Listen, you take care of the people nobody wants in your building, and I will bring the people to you that everybody wants at their church.’ And I feel that way, too.”

Part of what helps House of Grace realize that vision is keeping a staff that operates bivocationally, which means no one, including Mejia (who continues to work in the music industry), is on payroll.

“The money that comes in goes right back into the community,” he says.

Members also actively participate in outreach. The evangelism team will set up a grill and cook hot dogs outside of known drug motels to reach the addicts.

“Our church is in a spot in the city just overlooking the motels,” Mejia says. “From where the addicts are, they can see our church and know it’s a place of hope.”

House of Grace has built relationships with the police, so when someone overdoses and is hospitalized, members pay the patient a visit. They also feed the homeless on weekends and hold carnivals for the community in their parking lot.

The church’s assistant pastor, a Harley-Davidson enthusiast, has even found a way to connect with other bikers by holding a Saturday night service just for them, which, Mejia says, keeps the bikers out of the bars.

And most recently, Mejia began reaching out to local Hispanics, many of whom are in the country illegally.

From Outreach Magazine  A Targeted Approach: Christ's Church of the Valley

“Our people know we’re cool. We’re trying to reach the people who don’t.”