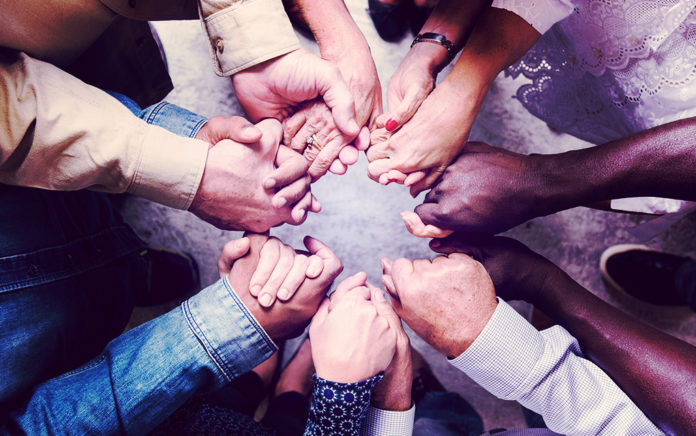 A conversation with Jarvis J. Williams

Jarvis J. Williams is an associate professor of New Testament interpretation at the Southern Baptist Theological Seminary in Louisville, Kentucky. His latest book, Redemptive Kingdom Diversity: a Biblical Theology of the People of God (Baker Academic), releases in September 2021.

Recently, I caught up with Dr. Williams to pose a few questions and learn more about the book. Here’s what he had to say.

What prompted you to write the book?

Lots of people are talking about diversity today. In fact, the word has taken on a life of its own. Yet it’s often used in very loose ways to include anything and everything. I wrote the book to provide readers with accessible exegesis, theological reflection and practical applications that speak directly to current racial tensions and discourse, including those related to both multiethnic and monoethnic churches as well as more generally Christian obedience. That said, the book is not about race, nor does it promote one form of church over another. Rather it argues that redemptive kingdom diversity is one distinguishing mark of the people of God as seen in the Bible.

What in your personal or theological background informs your understanding and/or conclusions?

I’ve encountered too many professing Christians who do not have a biblical or theological vision for diversity, nor even the language to rightly discuss it as a distinguishing mark of the people of God. It’s my belief that those who claim the name of Jesus must live in step with God’s multiethnic, redemptive and global vision in ways that are consistent with their contexts and informed by the Holy Spirit. In the book, I hope to show that together as one in the church we can build something beautiful via vertical, horizontal and cosmic redemption in Jesus Christ.

Why is it important today for the local church to demonstrate redemptive kingdom diversity?

From Genesis through Revelation, it’s clear that God’s design is to redeem and transform some from every nation, tribe, people and tongue. In my own context, the United States is becoming more ethnically and culturally diverse. While not every church can, will or perhaps should be multiethnic, those churches that deeply invest in the biblical pursuit of redemptive kingdom diversity will have numerous opportunities to participate in God’s story of vertical, horizontal and cosmic redemption than churches not so intentionally engaged. To be clear, healthy monoethnic churches can also participate in God’s design and plan to reflect redemptive kingdom diversity. One way they can support it is by not standing in the way, resisting or seeking to negate the efforts of many saints and churches today faithfully pursuing the vision.

What today is being lost in the absence of such expression?

Sadly, there are too many churches in the United States that function more like social clubs and political factories than they do houses of redemptive kingdom diversity. This is true in spite of the fact that God redeems those of varying color, class, culture and/or political perspective, etc., via the gospel and intends for us then to be united for his glory through the power of the Holy Spirit. Understanding the vision of redemptive kingdom diversity can help us become more intentional in its pursuit where we live, work, play and worship, whether at home, in the church or in society.

From Outreach Magazine  Racial Division: A Problem as Old as the Church

Share your vision and hope for local churches in the future, particularly as it pertains to advancing a credible witness of the gospel.

My hope and prayer is that a biblical and theological passion for redemptive kingdom diversity will form in the hearts of God’s people as well as in churches throughout the United States and around the world. I pray also to see Christians repent where repentance needs to take place, reconcile where reconciliation needs to take place, and forgive as Christ forgave. Only then will we see many from different nations, tribes, peoples, tongues and skin tones pursuing together as one, with intentionality and rigor, redemptive kingdom diversity in ways that significantly impacts the church and society. Finally, my prayer is that many unbelievers will be drawn to faith in Christ because of this beautiful vision come to life in our own hearts and in our churches.