Home Features The Power of Unity in a Divided Society 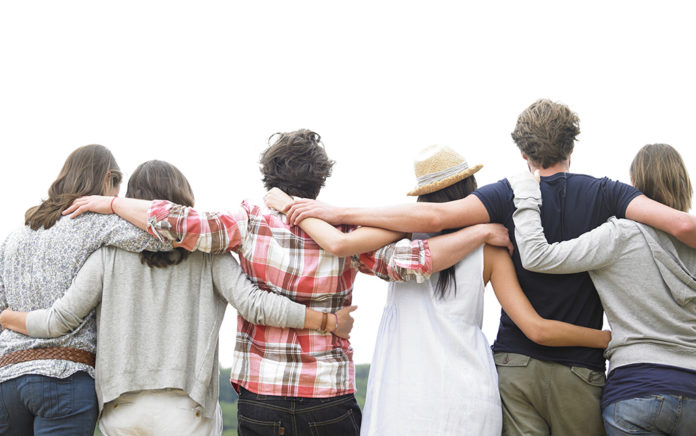 Romans 16 highlights the unity in diversity of the early church.

Reading Romans 16 reminds me of a tradition my family had growing up on New Year’s Day. My mom would cook corned beef and cabbage, which is a meal we didn’t eat any other time of the year (because it is gross). But on New Year’s, it was my favorite meal of the year because my mom put little coins in the cabbage for us to find. Maybe the money symbolized prosperity for the year. Maybe it was a culinary parable about the value of an agrarian lifestyle. Maybe my mom made the whole thing up.

But I digress. Like I said, Romans 16 reminds me of that cabbage and coins. The long list of names in Romans 16 may seem like a random and strange way to close one of the most powerful books of the Bible. It’s “cabbage” for most people, essentially like the credits at the end of a movie. You don’t watch the credits unless someone has told you they’re followed by a secret scene or some bloopers.

But tucked among all the “cabbage” of those names are some awesome gospel coins.

We don’t know much about most of the 26 individuals Paul lists, but what these names do reveal is that the early church was remarkably diverse. They may sound strange to us, but they reveal unity in diversity in three areas.

The Names Reveal a Diversity of Ethnicity.

Some of the names are Jewish, and some are Gentile; they are from the Middle East, Asia and Europe.

Having Jews and Gentiles together in one church gave rise to all kinds of cultural and political problems, which Paul dealt with repeatedly in Romans. You have to wonder if it would have been easier just to plant two separate congregations, like it would be easier today to do church by ethnicity.

From Outreach Magazine  5 Things That Are More Important Than Talent

Paul knew that these believers demonstrating unity in one church was an important gospel witness. When we really believe that today, then we do not merely host multiethnic events. We live multiethnic lives. Multiethnic unity on the weekends comes from multiethnic friendship throughout the week.

The Names Reveal a Diversity of Class.

Some of the people were of considerable means, like Aristobulus and Narcissus, both of whom are said to have been the head of a “household” or estate. Some believe Aristobulus to be the grandson of Herod the Great, and Paul recognizes Erastus as the city treasurer.

Other names, like Rufus and Urbanus, were common slave names. Yet in the church in Rome, they all sat together as equals.

That’s what is behind Paul’s command in Romans 16:16: “Greet one another with a holy kiss.” The emphasis is on the word “holy,” which means a kiss like that on the cheek was a sign of equality and friendship. In the early church, royalty and slave met together as equals.

The Names Reveal Diversity in Gender.

Of the 26 names mentioned, nine are women. For contemporary readers, we may think Paul is weighted a little too heavily on the male side of things. But for an ancient reader, it would have been shocking to include women at all—let alone such a significant number of them.

Paul doesn’t just give these women a shout-out, either. He refers to them as “co-workers,” or co-laborers (v. 3). They were indispensable in the work of the early church.

Particularly worthy of note is the woman who leads the entire list—Phoebe. She is called “servant” in verse 1, but the word is diakonos, which often gets translated “deacon” (some translations even say “deaconess”). Deacons were a group of people Paul says in 1 Timothy 3 are appointed to work alongside the pastors to meet material and physical needs, both inside and outside the church.

From Outreach Magazine  Today's Moment of Truth: Jesus in Genesis?

We’re not sure which version of the word Paul is using here, but we do know that Paul recognizes Phoebe as a co-laborer and gave her a very important task: bringing the book of Romans to the Romans. His phrasing of “commending her to the church” is a first century cue indicating she was the letter carrier.

Think of how much Paul must have trusted Phoebe—not only to bring this letter to the Romans but to answer any questions they had about it. She must have mastered the theology of that letter just as much as the apostle Paul!

Paul also mentions Prisca or Priscilla (16:3), who we know helped mentor Apollos, a well-known preacher in the early church.

Women like Priscilla and Phoebe weren’t “involved” in the church by making copies and getting coffee for the men while those men did the “real work” of the church. No, these women were prominent and very influential in early ministry. They were disciple makers and leaders in their own right.

In society—now more than ever—we seem incapable of uniting around anything other than affinity groups. Where in our society is there a group that transcends differences of gender, class or race?

The only place that happened in the ancient world was in the church. And I’m convinced the local church is still the only place that kind of unity in diversity can happen. It’s a unity I pray for daily, a unity God desires, and a unity God has promised to bring to those who are humble enough to let him do his work.