Home Features Faith Deconstruction and the Need for True Shepherds 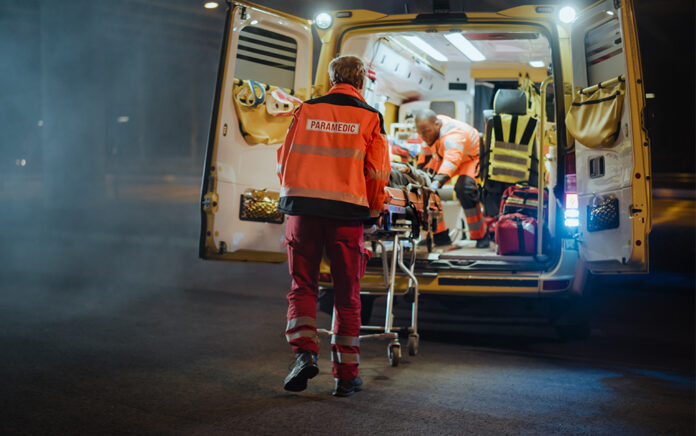 Reaching a Generation That Is ‘Kissing Christianity Goodbye’

Like many of my colleagues, I have been utterly fascinated and equally devastated by “The Rise and Fall of Mars Hill” podcast hosted by Mike Cosper. Not only is this long-form exposé one of the most well-executed podcasts I have ever listened to, it also pulls back the curtain on what many of us have already felt so deeply in our bones:

“Something is not right.”

Those are the same words that I typed in the opening of my book, Radiant Church. Many sense that “something” as a vague malaise, while others can articulate exactly what’s gone wrong. Alarmed Christians are reacting in a myriad of ways, employing toxic, old tactics such as blaming others through antagonisms or waging culture wars.

While all of these are troubling responses, perhaps the most concerning for me as a shepherd-at-heart is what Cosper called “an entire generation kissing Christianity goodbye” through the process of deconstruction. This was the subject of the podcast’s most recent episode featuring Joshua Harris, author of the bestselling book I Kissed Dating Goodbye.

Faith leaders have been talking about the deconstruction phenomenon for years, but nonetheless, it’s time we wake up to the reality. As popular influencers are “shepherding” an entire generation down the endless spiral of deconstruction, too many of us are busy doing so by defending a toxic form of Christianity.

To be transparent, there are days that I, too, want to point the finger at these influencers—media mavens who captured a generation’s attention through blogs, social media, books and speaking on the conference circuits, and Christian “celebrities” with built-up mega-platforms reaching many thousands who then did an about-face on Christianity by deconstructing in a very public way. All the while, our young people don’t just watch, but follow.

As an Enneagram 6 “loyalist,” my posture as a shepherd often resembles a mama bear whose kids were just hurt on the playground. I feel protective of those I pastor, and now that my own kids are reaching the ages of either owning or deconstructing their own faith, this issue feels frighteningly real.

But mama-bearing falls short of the leadership we need to help young people—not only in deconstructing a once anemic and toxic theology, but in reconstructing a robust vision for the kingdom life. We need leaders to take up this mantle and shepherd the church through a season of discouragement and doubt while also believing and proclaiming that the gates of hell will not prevail.

It Begins With Us

How to begin? First, we must splash some cold water on our faces and understand that deconstruction is a reaction to us—that is, young people once bought into the faith we preached, but when they looked at our witness, our credibility crumbled. I write in Radiant Church:

“Perhaps we are pointing in the wrong direction. Maybe we ought to honestly and humbly look in the mirror and turn the finger back toward ourselves. Maybe it isn’t the post-Christian culture, and instead we have a post-Christian church. Maybe it’s time for us to look in the mirror, examine our hearts, ask the Lord to show us where we’ve fallen short, confess, lament and repent.”

Whether it stems from the politicization of Christianity or Christian nationalism, the rise and fall of narcissistic faith leaders, toxic church cultures, or a history of racism in our own churches, our young people have reached a tipping point. They “literally just cannot” anymore, and we must be willing to acknowledge and turn from the harmful, idolatrous, toxic facets of our own faith, reclaiming the vision Jesus gave us in the Sermon on the Mount.

Will the Pastor-Medics Please Stand Up?

Perhaps one of the most beautiful moments of Cosper’s latest interview was near the end when he moved from interviewing Harris to pastoring him. Cosper’s final words to Harris—“I somehow think that Jesus isn’t quite done with you yet”—took my breath away and brought me to tears. He gave Harris space to process vulnerably and openly without a verdict or judgment. To me, Cosper modeled the shepherding posture that emerging generations need as they edge closer to “kissing Christianity goodbye.” As he so pastorally and beautifully put it:

“Darkness is a normal part of the Christian life. God has a tender heart on those that are struggling. It’s the heart of God—as Jesus revealed—to leave the 99 for the one. When we don’t make the space for that kind of struggle, we do a tremendous disservice to the church, leaving people to feel as though their own darkness is a sign that something is wrong with them or something is wrong with the faith they’ve invested in. Instead, moments like that should be a time that we should invite people to press back into the church, to know that it’s a safe place to struggle, to ask real questions and hopefully to see in that context that there are still reasons to believe.”

We need gracious and gentle shepherds to lovingly come alongside our young people and show them an alternative way of living—one that isn’t rooted in a judgmental or stagnant and pernicious faith, nor rooted in liberalism. We need pastor-medics to compassionately wade into the blood bath we ourselves have created and be “wounded healers.” Just as Jesus would and is, we need pastors willing to seek the one out of the 99 and nurture the wounded sheep home.

As a 39-year-old pastor, I am equally anxious and anguished as the bride that is me and that I so love is bleeding out. I can’t help but wonder if we will be remembered throughout history as being the shepherds who didn’t chase after one of the 99. Pastors and church leaders, the need is evident and urgent. Let us not stand by while an entire generation wanders away from the flock. Just as Jesus would, and is, the time is urgent for pastors to seek the lost sheep, selflessly nurture them back to health, and lovingly guide them home.

How will we respond?

From Outreach Magazine  Debunking the 5 Most Common Criticisms of Megachurches