Home Features Mike Burnette: It’s Not About the Numbers 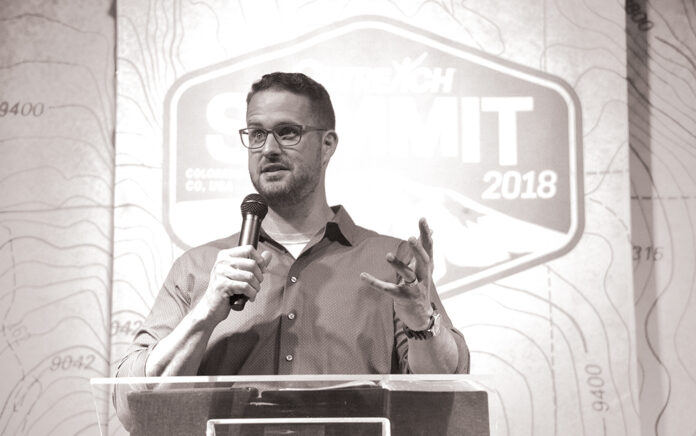 The Parable of the Pastor With the Fastest-Growing Church

In 2018, Mike Burnette, lead pastor of LifePoint Church in Clarksville, Tennessee, found himself pastoring the fastest-growing church in America, according to the Outreach 100 Fastest-Growing Churches list. Burnette and his team celebrated the news. But two things happened afterward that became the catalyst for Burnette’s recent book, Parable Church: How the Teachings of Jesus Shape the Culture of Our Faith (Zondervan).

First, other church leaders began contacting Burnette for advice. Second, LifePoint dropped to No. 77 on the following year’s list, and Burnette had to check his own heart after feeling disappointment at the news.

To that end, Parable Church accomplishes two things. Using the parable of the sower, the parable of the two sons and the parable of the talents, it paints a picture of the sort of biblical, kingdom culture that nurtures a healthy (and often growing) church. And it reminds us that numbers, rankings and lists are great tools from which to learn, but that they cannot serve as a benchmark for faithfulness or fruitfulness.

Here, Burnette speaks candidly about his experience and answers the question so many pastors asked him back in 2018: What’s the secret to growth?

Take us back to 2018, when LifePoint was named the fastest-growing church. How did that experience evolve into the concept for your book?

We got a lot of questions, calls and emails from people asking to pick my brain. They would ask questions about groups, assimilation, preaching, growth. And then those conversations would always turn into “What are three to five things you did that we can do to grow our church?” I would say, “God grows the church. I just planted and watered the seed.” These pastors genuinely wanted to see church growth, but they wanted to see it through methods and systems and strategies instead of letting God grow it through a healthy culture.

It’s like a garden. If you cultivate the soil, then plants grow fruitfully. That’s what culture is. It’s doing the hard work of cultivating the soil of the church. It’s easy to learn seven practices and seven systems and four steps to your best church now. But it’s really hard to cultivate culture.

So what does a healthy church culture look like?

Jesus said, “I will build my church, and the gates of hell will not prevail against it” (Matt. 16:18). The problem is, he never actually planted a church, so he never modeled what time a service should be, how we should dress, whether we should wear robes or skinny jeans, have smoke and lights or hymns and stained glass. But he said he would build his church.

Then you start really digging into the life of Christ and the gospel of Jesus, and he would tell these stories about his kingdom. Matthew 4:23 says that Jesus went about proclaiming the gospel of the kingdom of God. That language had never been in the Bible before. I kept seeing that language in the parables, so I started studying them as I was trying help pastors with church growth. They’d ask strategy questions, and I would ask them, “How does it feel to be at your church? We may just need to address culture. Does it feel like Jesus is pastor? Because he had a way of attracting people to himself all the time.”

The church should feel like these parables, because they reveal a culture that feels like heaven. So the genesis of my book is trying to help pastors and church leaders go, What if our church felt like the kingdom of God as he describes in the parables of Jesus?

Talk about what was going on in your own heart through all that.

From Outreach Magazine  How Can We Be More Than Conquerers?

Sure, because it ended up informing what really matters. People have challenged me, Well, it’s easy to do XYZ because your church is this big or has this kind of influence. But the truth is, 52 people voted for me in 2010 when I took over this church. It was small. When we started getting notoriety for growth, I guess I started believing some of the press about myself. And then I felt that sense of pressure to stay at the top of the list. I mean, where do you go from No. 1? You’ve got to come down. But the year after we were No. 1 we were No. 77. And to be No. 77 on the fastest-growing church list is still great. But it felt like a loss. I remember sitting privately in my office going, What happened? That was a question I asked, and it was not a healthy question.

I realized some things about myself. First, I had the wrong goalposts. I haven’t been called to grow a church—I’ve been called to lead a church to be healthy. So I had to repent. What I really started to understand is that part of the reason the Lord allowed us to be on that list or to see that kind of growth is to help other churches, not for our kingdom, and not to make much of Mike Burnette or LifePoint Church, but to make much of the church. So we just decided as a team that everything we learned we would give away. We coach other pastors and churches at no charge. We point people to stronger, healthier churches. Don’t get me wrong—I’m very grateful for the opportunity to be recognized and for what God did in his church here. And we’ve continued to grow. We just have changed the goalpost. I realized it’s not where we are on that list. It’s who’s not on that list that we can help.

What do you tell people about church growth as it relates to the parable of the sower?

Everyone who comes into your church is one of the four types of soil mentioned in the parable: good, thorny, stony or hard ground. Under every rock bed, thorn or hard ground, there’s good soil. You’ve just got to cultivate it. The sower and the seed never change, right? The pastor’s going to be there, the Word is going to come forth. Ask the Holy Spirit to help you discern, Is this a person who is choked by the cares of the world like the thorny ground, or someone who is shallow in their discipleship like the stony ground? Our job is to get the rocks and weeds out. Hit the hard heart, bust it up, so that it becomes good soil. This is where we serve people, we love people, we are gracious. We treat everybody like a different soil type and work the ground to get their heart ready to receive the Word. Growing churches typically have an amazing culture that cultivates the soil in people’s hearts.

Church people can become like the older brother in the parable of the two sons, who pushed people away. What can we learn from that parable that might help the church begin to reverse decline?

A lot of times, younger brothers want to get to the Father’s house, and they’re greeted at the front door by older brothers who say, Who do you think you are coming here? It’s done in so many ways. We judge people by what they wear, who they’re dating, how they vote, their skin color or just that they haven’t been to church in a while. That’s the attitude of the religious spirit that Jesus tried to correct. In the parable, he’s making more of a case, I think, for the heart of the loving Father and the heart of the religious spirit than he was about the prodigal son.

The older brother had his head down, in the field, doing the work, and I think a lot of times in the church we get our head down and we’re just focusing on church people. We don’t have a heart for the missing and the lost. And then when they do show up, we quickly let them know why they don’t fit here. Of course I don’t know that 100%, but when I was a child, my family was kicked out of a church, from the pulpit, because my mom wouldn’t grow her hair out or stop wearing makeup. And so, unfortunately, I am certain that some churches are known more for who they are against rather than what they are for. I don’t ever think we should lower our theological standards, but we should widen our church arms and let people in so that God can change their lives.

What can we learn from the parable of the talents when it comes to comparison?

The equal footing in the parable of the talents is that the master owns it all. And when he shows back up, he recollects it all. I think we would be wise to remember that. Whether you have a church of 60,000 or 60, it’s what God has entrusted to you. In the parable, the master didn’t praise their fruitfulness at all. He praised their faithfulness. And the faithfulness was to the word, not to the growth.

It would be really healthy for pastors to see those numbers and rankings as a good opportunity to sharpen your skills and learn from other leaders, but not to get into the comparison trap, because comparison is an unhealthy idol, and it doesn’t go away because you make the list. You’ve got to check your heart and realize that all you’re responsible for is what God has entrusted to you. Part of the problem is that we only platform success stories. When’s the last time you went to a conference and heard from a guy who’s been faithful for 30 years pastoring a church of 27 people? Never. But faithfulness is rewarded, not fruitfulness. And fruitfulness looks different anyway. If you’re in a town of 1,000 and you see a church grow from 50 to 100 over 10 years, that’s fruitful.

I’m blown away by the idea that the God of the universe entrusts humans like me with the care and the shepherding of his people. We as pastors are only measured against the standard of God, not the standard of God’s other pastors. So I just want to encourage other pastors: Whatever season of ministry you’re in, whatever your church looks like, look at it with fondness and love and like a holy obligation. And if the Lord should choose to grow exponentially the amount of people he has entrusted to you, praise God. And if the Lord should choose to entrust the same amount of people to you to be faithful over the next season, praise God. I think we’ve just got to remember that our goal is to stand before the Lord hearing, Well done, good and faithful servant.