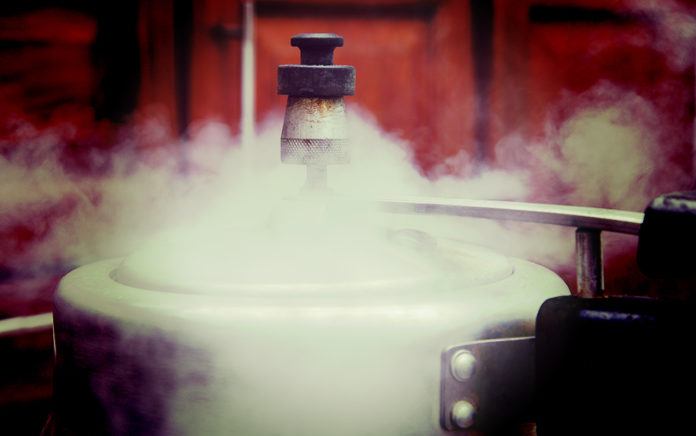 Pastoral ministry has always been a pressure cooker.

Add a global crisis, rapid change and constant uncertainty into the mix, and what was barely sustainable before has become almost untenable to thousands of leaders.

Recently on my leadership podcast, I interviewed Kayla Stoeklein whose husband Andrew, a lead pastor of a large, growing California megachurch, died by suicide in 2018.

Kayla talked about the pressures of ministry Andrew felt as lead pastor. See if you can identify with what she has to say:

“I feel like there’s got to be a better way to lead the church. I think being the lead pastor is like the impossible job. Leading an organization, our church, our staff was big. We had a staff of about 35 people.

“And so, being basically the CEO of an organization and then also being the visionary and the voice and having to come up with these compelling messages weekend after weekend after weekend, and then to have the space during the week to actually have the time to sit with God and be inspired and read scripture and read books and go for walks and like do the filling up that you have to do to keep pouring out authentically on the weekends while also leading an organization, I think that’s just the impossible job …

Having just wrapped a succession plan that concludes 25 years serving as a pastor in the local church, Kayla’s words struck me as so true. Yep, those are the pressures.

I fear that the combination of the current crisis and chronic pressure church leaders are under will see more leaders quit, burn out or fail morally (here are some thoughts on why megachurch pastors keep failing).

The mission of the church isn’t broken, but too many of our leaders are.

For the record, I’m a fan of large gatherings and of churches of every size. And so much good has been done through the kind of church I’m describing here. So if you’re here to beat up on pastors or the church, please stop reading this and go elsewhere.

But for those of us committed to each other and the mission, I think you know the toll is great. Often too great.

With all this in mind, something’s got to give. The pandemic will eventually resolve. But the chronic pressures of ministry won’t unless we change the expectations we have around pastors and ministry.

Here are five sad reasons ministry will continue to be such a pressure cooker long after the global crisis fades.

If something doesn’t give, our leaders will.

1. The Need to Pretend You Have It All Together.

It’s so easy to believe your pastor has it all together, but of course, anyone who’s been in leadership for more than ten minutes knows that’s not true.

Some leaders but themselves on a pedestal, and they kind of get what they deserve.

From Outreach Magazine  Leading Through This Wilderness

God belongs on the pedestal. So why don’t we keep him there and keep ourselves below it?

Well, most leaders don’t try to put themselves on a pedestal. People put them on it without asking.

I’m fortunate to have a congregation that accepted us for who we were, not for who they wanted us to be. I’ve also been quite transparent about my shortcomings. It needs to be far more okay to do that than it is in most cases.

Christians need to come to terms with the fact that the heroes in the scripture were flawed people. Peter barely got it right. Paul had his critics. Noah was a flawed leader. So was Moses. But reading their story gives me hope for my story. And—you know what—it gives me hope for your story and for the church.

2. An Inability to Find Anyone to Talk to About Your Deepest Struggles.

Church is the only place I know of where what you believe is also what you do and the your friends are also part of the community you serve.

In the interview, Kayla said:

“I, too, struggled with friends and how much to let them into our like interior life and our home life. And a lot of my friends attended the church so Andrew was their pastor. And so, it was hard to know how much to be vulnerable about in what we’re going through. I felt like I couldn’t. There was a lot of things that were happening because my friends would also know those people that worked at the church. There’s things that were happening on staff at the church that I wouldn’t be able to share with anybody.”

As most leaders have realized, a lot of friendships can be 90% deep, but, for the reasons Kayla explained (and more), you often can’t really talk about the last 10%.

Some people say “well why don’t you just share everything with everyone?” Great question, except you probably don’t want to do marriage counseling live on stage every weekend.

As wise people say, when it comes to public sharing, let people see your scars, not your wounds. Share your scars publicly. Process your wounds privately.

The extremes of telling nobody or telling everybody are both highly dysfunctional.

Somebody needs to help you process your wounds.

Two things help with that: professional counseling (of which I’ve had hundreds—thousands?—of hours) and a couple of friends who don’t work for you, who you’re not trying to “reach” and who may not even live near you. These have been life giving to me.

Dr, John Townsend explains how to develop those kinds of friendships here. Trust me, they are life-lines.

And your spouse? Of course … share everything. But leaders, your spouse isn’t designed to bear the full weight of your pain.

3. Living by (or for) Likes, Comments, Shares and Views and Growth.

You and I lead in an era where everything is measurable.

Some of that’s good, and some of that is devastating. It’s a daily discipline for me to try to keep the right perspective.

While growth is important (I don’t know too many leaders who want things to decline), the pressure you feel to see the number of likes, comments, shares and views grow can be devastating.

Too much of your “success” or “failure” can eat at your identity.

Leaders have always looked at spreadsheets and reports. I think the difference between fifteen years ago today is most of those metrics were private and occasional: for staff, board or annual reports.

Today your scorecard is public and daily. Everybody sees whether your video got 17 views or 17,000 views. Ugh.

4. Being the Pastor Who Does Everything.

Many congregations define the success of their leader according to how available, likeable and friendly their pastor is.

It’s as though churches want a puppy, not a pastor.

You need to be competent at everything, available 24/7 and have a fantastic family life.

Since when did that become the criteria for effective Christian leadership?

By that standard, Moses, Jeremiah, Ezekiel, Hosea, the apostle Paul and perhaps even Jesus failed the test.

The goal of Christian leadership is to lead people, not to be liked by people.

That’s no excuse for being a jerk or insensitive, but still, leadership requires that at times, you need to do what’s best, not what people want.

If a church is going to grow, congregations have to let go of the expectation that their pastor will be available for every medical emergency, every twist and turn in their lives, every family celebration and every crisis.

That’s a tough sell for many congregations, but if a church is going to grow, it has to happen.

The pastor who attempts to do everything will often become a leader incapable of doing anything. Burnout does that to you.

5. The Relentless Intensity Around Sunday.

There are few jobs in the world that require you to write a fresh message every week, week after week, year after year. In particular, a fresh Word from God.

Combine that with a powerful or meaningful worship experience and the added pressure of social media where everyone can compare you with anyone, and it’s an intense challenge.

I take preaching very seriously, and the Word of God even more seriously, but one of the unfortunate drifts of the last few decades in ministry is how we’ve made everything rise and fall with the weekend.

Of the five issues we talk about in this article, the pressure on Sunday is most likely to change the fastest.

First, Sunday attendance was already struggling and in decline pre-pandemic.

Second, the pandemic has already started shifting the focus a lot of churches from Sunday to everyday, and content delivery from live to on-demand.

Finally, many churches were already moving to team teaching. In the early 2000s, I used to write and deliver over 50 messages a year. I haven’t preached more than 35 a year in over a decade. Still, thanks to social media, the pressure kept rising on the Sundays I was responsible for.

A more distributed ministry owned by the people of God and equipped by the staff team could provide some real health.

And while everything rises and falls on leadership, not everything has to rise and fall on a single day.