Home Features Reclaiming Authority in a Culture That Questions Everything 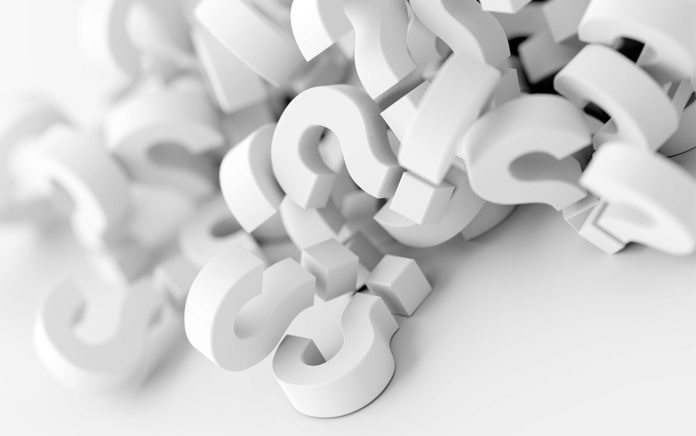 Reversing the erosion of authority

I felt it recently listening to two men, both with medical degrees, both charged with serving the public and nurturing civic life, both deputized with authority to speak and direct public life unto ends that lead to flourishing, arguing about whether or to what extent the coronavirus is a threat. They disagreed vehemently about how we should act and how to shape public life.

Can’t we just appeal to science and medicine? Whose science? I’m not a medical doctor; how do I discern between these competing accounts without formal training in medicine, I wondered.

I feel the vertigo in other places, too. I feel it when talking to peers, other pastors and leaders, about politics or race or what counts as good leadership. I feel it especially when trying to make wise decisions about how to think or act but not knowing whose voice to turn to for guidance.

The vertigo I’m feeling is about the continued erosion of authority in all manner of national, theological and ecclesial space. Everything feels contested.

As self-sufficiently knowledgeable as I think I am, I have always depended on authoritative voices to shape how I see the world and how I live in the world. We all depend, in some way, on somebody’s voice.

Whose voice matters most in shaping our life? Whose voice gives us orientation in the midst of disorientation? Whose voice tethers our thinking, acting and being to reality? How do we, disciples of Jesus and citizens of his Kingdom, recover authority in contested times? Is authority something worth recovering? What kind?

I believe authority is worth recovering. Authority matters because reality matters. God meets us in reality1 and is presently at work reconciling all things in Christ in reality.

Recovering authority is not about regaining social leverage to control definitions and outcomes. It’s about waking up to reality in God’s Trinitarian universe and joining with others to shape a way of life in alignment with reality revealed in the love of Christ.

WHAT KIND OF AUTHORITY?

A few years ago, professor Tom Nichols registered this erosion of authority as “the death of expertise.” He contends for civic life where public knowledge is shaped by experts in their field, instead of a world where everyone’s opinion is equally valid on any subject, especially science and public policy. He appeals to the necessity of experts, gatekeepers of Western civilization and rationality, who function as servants of democracy and help cultivate a common life that does not collapse into the chaos of relativity.

Nicholas names something important about this feeling of vertigo, but I think he names only a symptom of a deeper loss. Experts in their field are good and helpful, but the deeper loss has to do with how modern life in the West, including Christendom, is built on a foundation that did not (or would not) conceive of authority in communion. We could recover experts but miss this important loss.

Univocal authority often meant reality as defined and enforced singularly by one part of the body politic over others. The problem was that this kind of authority masqueraded as the transcendent, universal voice, but that was an illusion. What felt authoritative, what felt like Truth, was largely the success of the modern project of centering of white bodies over dark bodies.

In part, what we’re losing is not the possibility of authority to orient our lives to Reality, but the hegemony of racialized control. What some of us are feeling is the “vertigo of being decentered.”2

There is another danger: denying univocal authority while simultaneously denying the possibility of transcendent reality, functionally encasing reality within the immanent frame (see Charles Taylor). In the same way that transcendence can be leveraged to underwrite “our” voice as the dominant voice, on the other side of the ditch is a kind of tribalism—a might-makes-right—that comes when we’re all locked inside the echo chamber of the Self.

For Christians, the kind of authority worth recovering is not a univocal authority anchored in (an alleged) universal rationality, or a non-transcendent, tribal authority where the loudest voice wins, but rather Christocentric authority grounded in communion. But what could that mean?

Dallas Willard said that we live in a “Trinitarian universe.” He writes,

“The cosmos environing us actually is, beyond all else, a self-sufficing community of unspeakably magnificent personal beings of boundless love, knowledge and power … In faith we rest ourselves upon the reality of the Trinity in action—and it graciously meets us. For it is there. And our lives are then enmeshed in the true world of God.” 3

Communion is our point of orientation toward reality amidst the vertigo, and communion and reality abide together in God’s Trinitarian life. If this is our most basic orientation to reality, then the authority worth recovering is that which moves us toward communion, an “enmeshed” life in Christ’s body and his Body.

Recovering from vertigo requires a new point of orientation. Authority in communion is about learning (again) to fix our gaze toward the body of Christ, the crucified Lamb who is presently reigning over all things. Orienting our gaze toward Christ—grounding our authority in him—is about enmeshing our entire way of thinking, acting, and being to his body, which happens in the social Body gathered in Christ’s presence.

Don’t miss it: this kind of activity is not the same as recovering an individualist, rationalist account of Jesus. This is not about our ability to grasp and explain Jesus with epistemological certainty on terms set by modernist accounts of what counts as real. Individualistic, rationalistic versions of Christocentric authority tend to reinforce our already (white, male-centered) insulated sense of self.

Christocentric authority, because it is an expression of God’s trinitarian life, moves us out of insulation by necessity and into communion with Christ and others. That means Christ-centric authority can only be sourced to shape an entire way of life within a community (a “fellowship of differents,” says Scot McKnight) whose gaze is oriented toward Christ’s body in particular.

We need communion to know.

In the midst of vertigo, we need access to Christocentric authority in communion. Reorientation toward (triune) reality takes place not because we possess this authority, but rather through the process of fixing our gaze on the particular body of Christ with the diverse body of Christ.

CHRISTOENTRIC AUTHORITY FUNDS A WAY OF LIFE IN LOVE

As we participate in Christocentric authority, our personal and corporate imaginations are baptized and refunded so that the source for how we think and act is always made sensible in reference to the Crucified Lamb, who gave his life for the life of the world, and can only be discerned by tending to the voices of the entire, diverse body of believers.

In practice, this means that any appeal to authority that leads us in word or action to wound or dehumanize certain members of the body is not Christ’s authority. It is not the authority that aligns us with Reality.

Christocentric authority necessarily funds a way of life characterized by cruciform love. We don’t need to be in charge or have the loudest voice to walk confidently in this authority. In fact, there is an inverse relationship of worldly, positional authority to Christocentric authority. The more you have, the more difficult it is to live in alignment with Triune Reality (see Matt. 19:22–24).

This is why the feeling of vertigo of being decentered is good news to those of us (especially white men) who have benefited from the univocal authority of the status quo. The control we have to lose (i.e., the certainty to define and direct all things), is what we actually need to lay down in order to take up Christocentric authority and walk in cruciform love.

1 As my friends at Gravity leadership say.
2 Andrew Draper, A Theology of Race and Place, 94.
3 The Divine Conspiracy, 318.