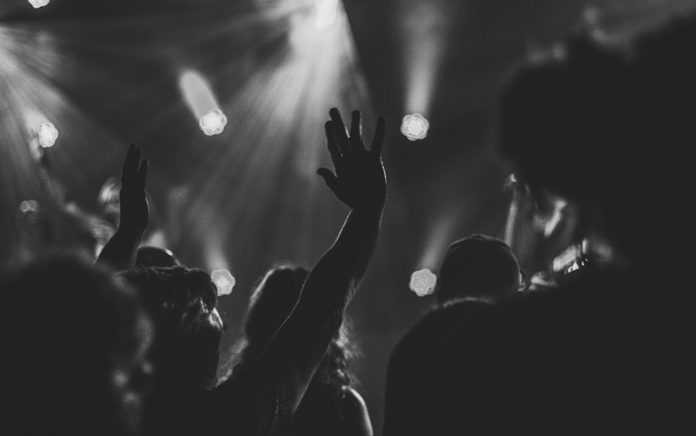 Our church was not the first in our county (and definitely not in the country) to start holding worship gatherings again, and I am thankful for those who began worship gatherings before we did as we were able to learn some lessons from them. But as we have begun outdoor gatherings, I am getting emails […]

Our church was not the first in our county (and definitely not in the country) to start holding worship gatherings again, and I am thankful for those who began worship gatherings before we did as we were able to learn some lessons from them. But as we have begun outdoor gatherings, I am getting emails and calls from pastors who have not yet started gatherings but are making plans to do so, and they are asking for any insight on what we are learning. Thus, I thought would capture a few thoughts in an attempt to be helpful.

Quick synopsis of our plans: Early in the pandemic we described “four plays” we would call through the pandemic, and we would continue each play when a new one was called so we could serve people based on their comfort level with gathering: Mariners Online, Mariners Hosted at Home (hosts invite friends and neighbors to watch the service together), Mariners in the Neighborhood (smaller gatherings throughout Orange County) and Gatherings at Mariners. In a few weeks, we will have all four plays running concurrently.

• We were in Play 1 (Mariners online) from early March through May.
• We called Play 2 (Mariners Hosted at Home) in June.
• We called Play 3 (Mariners in the neighborhood) in early July.
• We started using our largest campus as a neighborhood gathering in August.
• We have called Play 4 (gatherings at Mariners) for the weekend after Labor Day, where we will be taking full advantage of the lawns at our church.

We are currently only meeting outside. We limit the gathering sizes so we can set the chairs up in a physically distanced format, have a “touchless” experience, and ask people to wear masks. Here are some surprises. Again, this is written for church leaders:

1. It Will Be Emotional.

We know that people miss gathering and long to gather together as Christ followers. We know that the implications of isolation are crushing the souls of people, that on a national scale mental health is deteriorating, substance abuse is increasing and marriages are struggling. So, we know people long to get together in Christian community. What has surprised me is the number of people who confess, “I have not cried in years, and this experience has me choked up.”

You will likely get emotional too. Teaching with people you love in front of you is different than teaching those same people through a camera. Multiple times in the last month, when I have preached at one of our neighborhood gatherings live, I have broken down in the middle of the message. The first service back at our Irvine campus, I had to ask D.K. (our worship pastor) to play another song because I could not start teaching without losing it.

2. The Simple Moments Are the Most Beautiful.

One of our elders was at one of our neighborhood gatherings in Costa Mesa—a gathering I happened to be visiting. It was so very different than church six months ago, a room filled with thousands of people, talented musicians, a produced experience. Now we are under a tent and the singing was essentially a cappella. This elder came to me after and said, “This was the most powerful worship time I have ever had with the Lord. I did not know how much I needed this.” While I love those other elements and we will use them again, that moment reminded me that what is most important is still the same: songs from God’s people, community and his Word.

This should not be a surprise because God’s people have always stepped up in these moments, but it is beautiful to see people step up in big ways in this moment. The most encouraging part of ministry for me in this season is seeing God’s people find ways to serve others.

4. You Will Have Guests.

It has been so encouraging to meet people who first attended our church online during this pandemic—some who have not attended church in years. They are taking the courageous step to visit church physically for the first time in the middle of a pandemic, in the midst of our gatherings being different than normal.

5. People Won’t Know About the Gathering.

People are overwhelmed with the messages they daily receive about different organization’s COVID response—from schools to stores, and they are fatigued with reading them. Thus, they don’t read them all. So, they may not read yours. We have had people respond to emails announcing our gatherings with the question, “Why are you not gathering?” Clearly, they did not watch the video or read the email. I think we are going to need to communicate more than we have communicated in the past.

From Outreach Magazine  The Virus Is a Wake-Up Call

6. It Won’t Be a “Real Gathering” for Some People.

This one is a bit disappointing, so prepare your souls, leaders. Some will think that what you are doing is still not a “real gathering.” After recording the message for Plays 1–3 on Thursday, I preached live for the first weekend at our outdoor gathering at our largest campus five times on Saturday and Sunday. And I had people at the physical gathering ask me, “When are we going to open?” If the comments had been in an email, I would have assumed they were from one of those snarky “you coward” type people, but these are really good and gracious people. I realized that the question beneath the question is a longing for church to be how it was, and what I must do as a shepherd is help people see that what is most important is what remains (see Point 2).