Home Features How the Pandemic Is Revitalizing the Church 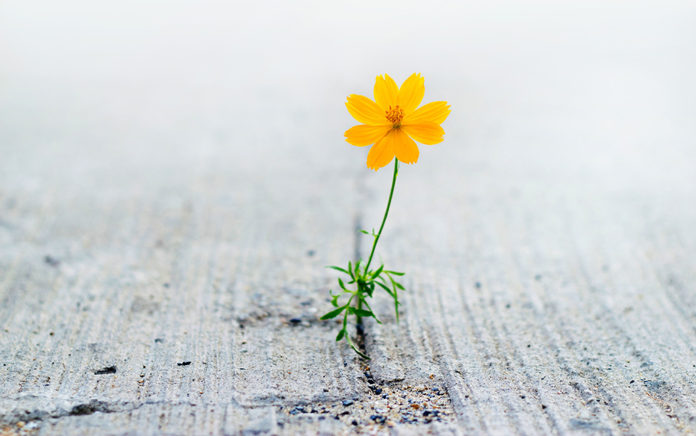 The pandemic has forced churches to grow in ways that could ensure future growth.

COVID-19 is rightly seen as a plague on our world, leaving a wake of physical death and financial devastation in its path. Most would say it’s been terribly distressing to the church, as most churches around the world are not able to gather for weekly worship or physically interact as a community of faith.

What if the truth is that this pandemic might not just be serving the church, but saving the church? What if the path most churches were on, if not forced into a radical redirection, would have guaranteed their continued marginalization, irrelevance and decline? What if the pandemic has forced countless churches to change in ways that will actually allow them to grow in both size and influence?

Consider these five ways the pandemic might just be saving the church instead of killing it:

1. Churches Have Been Forced to Move From a Weekend-Centric, Crowd Approach to a Seven-Day-a-Week, Incarnational Approach.

While every church should embrace, celebrate and promote corporate worship, too many churches made that celebration the end-all for the life of the church. We say that the church isn’t bricks and mortar, but a community of faith that can be strategically served by bricks and mortar. Yet too many churches were never leaving the building. The goal of the church is to be the church in the community where it resides, attempting to reach and serve in the name of Jesus. The pandemic has broken us out of our gospel ghettos and holy huddles and into the neighborhoods and streets where we live.

2. Churches Have Been Forced Online.

You would think the vast majority of churches were already online. They’re not. I don’t mean they don’t have a website—most do. I mean they don’t have an online presence. Having an online campus, or even streaming a service on Facebook, had been pursued by a relatively small fraction of the 45,000 or so Christian churches in the technologically-advanced U.S., much less the wider world. Now, virtually overnight, the vast majority of churches do have an online presence. In other words, churches are finally going where the majority of the world “lives.”

3. Churches Have Been Forced to Embrace Social Media.

If most churches did not have an online presence before the pandemic, it goes without saying they were not embracing or using social media. In fact, a recent study found that only 15% of churches in the U.S. were using Twitter or Instagram. Yet, as churches are having to learn, social media is the communication network of the modern world. It’s how people relate, get their news or are “touched.” In essence, the pandemic has forced churches to learn to communicate the way the people they are trying to reach communicate.

4. Churches Have Been Forced to Innovate and Change.

Necessity, it has been said, is the mother of invention. It is also the mother of change. When you are forced to stop doing things the way you have always done them, but must find a way to soldier on, you are forced into new ways of thinking and new ways of acting. It has been quipped that the seven last words of a dying church have always been, “We’ve never done it that way before.” In the nick of time, at least for many churches, they are now saying, “We must do things like never before.” That takes a church from seven words before death, to seven words before life.

5. Churches Have Been Brought Back to Mission.

When all of your methods and practices have been stripped away, you are left with something raw and unfiltered. It’s called your mission. Case in point? The Gideons. Imagine an organization that prints and distributes Bibles to hotels suddenly finding that the hotels are now saying, “No thanks.” They quickly realized that Scripture distribution was never meant to be their main focus. The organization wanted to win people to Christ. Bibles in hotels were just a means to an end. “Sometimes the methods get confused with the purpose,” said Alan Anderson, president of The Gideons International in Canada. “We took a step back and asked ourselves, ‘What are we trying to accomplish?’” Churches around the world are finding that much of what they had been doing to fulfill the mission had become the mission. Now, they are seeing the true mission in a new and liberating light.

If you had told me even three months ago that these five changes would soon take hold of the global church in a matter of days, if not hours, I would have assumed that it could only be the work and power of the Holy Spirit; that a true and historic spiritual awakening must be taking place.

I would never have assumed a pandemic.

But perhaps this is precisely what is happening through the pandemic. As the apostle Paul wrote, “And we know that in all things God works for the good of those who love him” (Rom. 8:28). As all good expositors know to add, Paul is not saying that all things are good, just that God can work good through all things.

Perhaps the good that God is working through this pandemic,

… is the awakening of the church we’ve all been praying for.