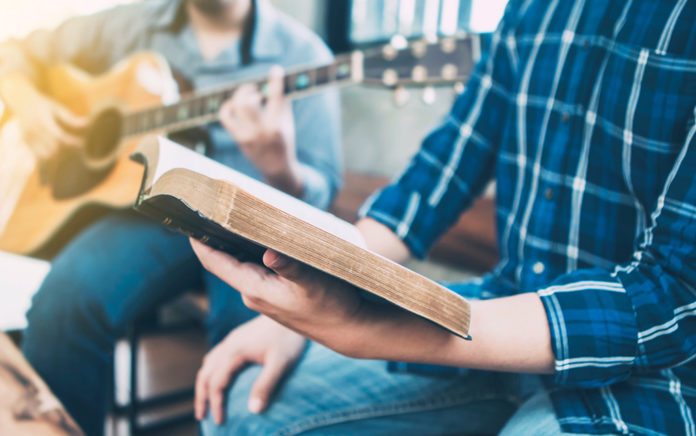 Can something that sounds spiritual actually hinder real spiritual work?

I often hear from people who say “We don’t any need more ideas/strategies/conferences/skills … all we need to do is ________,” and then they fill in the blank with something that sounds spiritual.

It’s amazing how common this perspective is.

Sometimes, of course, it’s not other people who have the problem. Maybe you’ve fallen for a leadership cop-out too—dodging the real issue by putting a spiritual mask over it.

Can it be that something that sounds so spiritual can actually stop some very spiritual work?

Well, yes. The answer is yes. In the name of God, some people end up opposing the work of God. And it’s all done in the most holy-sounding way.

Here are three leadership cop-outs that sound spiritual, but aren’t.

This sounds so good. After all, how can prayer be a bad thing?

I mean how are you supposed to counter that? It puts you or anyone around you in a horribly awkward position.

If you disagree, you sound like you’re coming out against prayer.

If you agree, you’ve just mothballed any productive strategy conversations.

I mean who really wants to come out against prayer? Not me. Not you.

And so, not sure what to do, we shut down the leadership conversation and all the potential that comes with it.

Prayer alone can become a smokescreen. Why? Because while prayer is foundational, God almost always moves people to do something.

The walls of Jericho ultimately fell down because having heard from God, people obeyed God, marching around the city for a week, blasting trumpets and shouting.

The early church grew because Paul prayed day and night then got out on a boat, escaped from jail and kept preaching the Gospel even if it put his life in danger, which it did again and again.

Jesus prayed all night long and then went out from city to city encountering people in a way that changed their lives and the world.

All of this kind of sounds like strategy doesn’t it?

Interestingly enough, the scripture is filled with strategy if you look for it.

I haven’t become an atheist. I agree that the church needs more prayer and I believe all authentic, effective ministry is rooted in prayer.

But saying “All we need to do is pray” really misses how God works.

If all we needed to do was pray, we could lock ourselves in a closet and never come out. But I’m not sure that’s how God has moved historically.

What begins in prayer should end in some kind of action, because prayer without action lacks courage.

I’ve seen too many leaders behave like faithfulness and effectiveness are mutually exclusive.

And yet time and again I’ve seen leaders use faithfulness to justify a lack of fruitfulness.

Sometimes you just have to call a spade a spade.

No, you’re not being faithful. You’re being ineffective. (Enough said.)

People often tell me “Jesus didn’t have a strategy.”

He needed one. The opposition to his ministry was so intense to approach it in a haphazard, poorly-thought-through way would have meant disaster.

He prepared for 30 years for a three-year mission. That’s a 10:1 preparation to accomplishment ratio. He spent 10 years preparing for every year of ministry he did.

During his active ministry, Jesus would disappear again and again to pray. He knew his private input would need to exceed his public output.

Jesus intentionally organized his community of disciples into concentric circles of 70, 12, 3 and then 1. His prayer resulted in action … thoughtful action. He built a succession strategy directly into his ministry.

The night before he went to the cross, he talked to God all night in agony to prepare him for what was ahead. Do you know what that was? It was a strategy.

Leaders, a great strategy is a wonderful companion to a great prayer life.

And it’s not just Jesus who thought and acted strategically. God noticed that Moses had a bad leadership strategy that was ultimately going to wear out both him and the people. So God used Moses’ father-in-law (of all people) to give him a new strategy that required tremendous reorganization.

The early church continually rethought its strategy as the church grew and the mission expanded (see Acts 6, Acts 13 and Acts 15 as examples).

Sometimes church people behave like strategy is the enemy.

It’s not. It has never been.

Strategy is not the enemy. Overly simplistic thinking is.

SO WHERE DOES THIS LEAVE US?

So what’s the point?

That means you should have the tough conversations.

You should surface disagreements (even pray through them).

It also means you need to lead.

So next time someone interrupts the conversation and says “What we really need to do is pray” … what should you do?

I think you might agree … and say, “I agree. We should pray.”

“And after we pray, let’s get working on the most important issues facing us. The mission is just too important to ignore them.”

And when people say they’re being faithful, challenge them to be effective. When people say Jesus didn’t have a strategy, beg to differ and sharpen your strategy (prayerfully, of course).

Great prayer can and should lead to great action.

It’s time for the church to act. And to get the best strategy we can find to accomplish the mission God has given us.