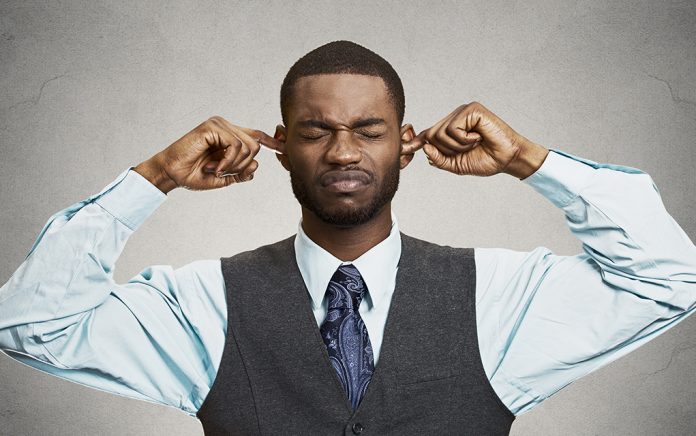 We may not even believe them, but we often act like they are true.

A fast pace with high pressure can cause us to believe functional leadership lies even if we’ve been taught they’re not true.

I call them functional lies because they are not moral or sinful, but they can still be harmful.

“Leadership lies” may be too strong a phrase, but “misconceptions” is too weak.

I’ve met too many great people who lead as if these statements are true. So, allow some grace for perhaps an overly strong word, and let’s get practical.

What causes us to believe things that are not true?

• Sometimes it’s as simple as we’ve never been taught the true or accurate principle.
• They are easier to deal with and more comfortable to accept than the reality of truth.
• It can also be that we want to believe them because we hope they are true.

And finally, as mentioned, a fast-paced ministry with increasing pressure can cause us to adopt ideas that aren’t true because when the pressure gets high enough, we lose perspective.

Sometimes it’s not about what we believe; it’s about what we practice. When it comes to leadership, what you put into practice declares what you believe.

For example, I may not believe that it’s “lonely at the top,” but if I behave that way, that trumps my belief.

The same idea is true in reverse. For example, you may be discipling someone who says they believe in the biblical principle of tithing, yet they do not give. That practice trumps their belief.

I know that activity does not equal productivity, yet sometimes I will peddle harder, believing that will make me go faster and farther. But merely doing more stuff can actually have the opposite effect.

Especially if it leaves you no margin to do what is truly important.

Busyness does not determine fruitfulness.

I’ve met hundreds of leaders who work really hard. They are always on the go, and their task list is long. Incredibly long. But they don’t seem to get much done when it comes to producing results.

A closer look reveals tasks like selecting the color of paint for the nursery, picking up coffee for the office and restacking the communion trays. These things need to be done, but there is someone else who would love to help by taking care of them.

From Outreach Magazine  8 Tangible Ways to Love Your Neighbors

Those three may not be on your list, but the big question is, “Are you highly productive or merely busy?”

Do only the things that you can do best and raise up leaders to help take care of the rest.

Mistakes don’t define you as a leader any more than success does.

Don’t get stuck in discouragement or beat yourself up because you’ve made some mistakes. Who of us hasn’t? Keep leading.

How you respond to, learn and grow from mistakes helps shape you as a leader.

Give yourself permission to take risks, stretch and make mistakes. Just don’t make the same mistake twice, because that indicates you are not learning.

There is no set formula for success. There are strong and proven principles and strategies to help guide you in the right direction, but they only help you, they don’t guarantee results.

Far too many leaders get discouraged and frustrated, including at God, saying, “I’m doing everything right, why isn’t this working?” That’s a natural human response, but it doesn’t help.

Jesus indeed calls us to be both faithful and fruitful, but sometimes he defines results differently than we do.

Leaders can get jammed up in their thinking if they believe that God owes them specific results or an amount of success because they did everything right. That can be a very discouraging place to live.

The true guiding principle is that ultimately, we must obey God and do our best at what he asks of us, and trust him with the results.

This is not an excuse to lower the bar of expectation. As leaders, we are still responsible.

It’s a realization that there are seasons when obedience outweighs performance.

You have probably heard the phrase “It’s lonely at the top,” and when it comes to the weight of responsibility, this can feel true. But it isn’t actually true unless you allow it to be.

From Outreach Magazine  Where Kids Drag Their Parents to Church: Northside Christian

No leader should ever operate in an independent manner that causes them to feel alone (regardless of leading from the top, middle or beginning level.)

There are moments when you carry “the buck stops here” decision-making responsibilities. Admittedly, they are weighty. However, it’s never wise to do so in a vacuum. It’s always better to lead in the context of a team, and therefore you are not alone even though you carry substantial responsibility.

It’s always best to bring trusted advisors into your inner circle—leaders who love and care about you, pray for you, advise you, speak honest truth to you, and support you.

Any leader who is lonely, while they may not have chosen it, or prefer it, they have allowed it.

The leadership lie that believes your position determines your influence is likely the most common on this list. Yet we know it’s not true.

However, this lie trips up countless leaders, because they behave as if it’s true.

Part of this reality is because it’s normal and natural to want to rise in an organization. We think higher is better. But that’s not always what is best for you or what God has in mind for that season in your life.

There’s nothing wrong with rising higher in the organization, but don’t be fooled into thinking that a title gives you more influence. Or that the lack of a title reduces your ability to make a significant difference.

The important question is, Are you willing to stay put where God placed you until he’s ready to promote you?

When that is settled, then you can cultivate maximum influence wherever you are in the organization—influence that is for the good and growth of others.

True influence is about adding value to others and helping the team realize the vision. 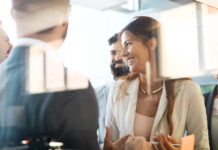 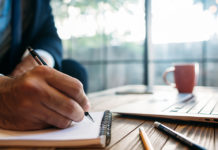 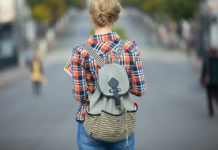