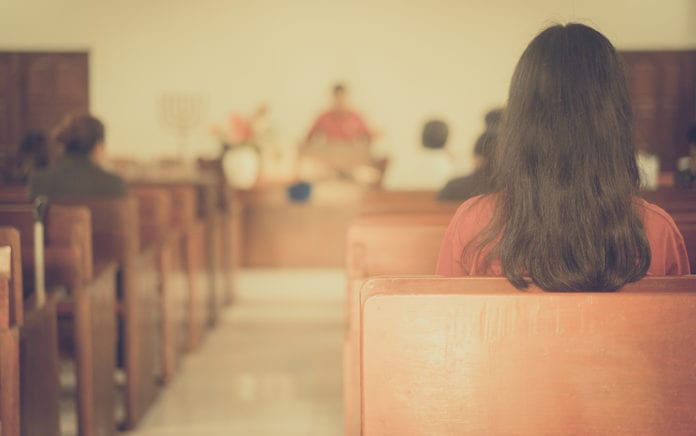 We must always remember that the church is always both in crisis and stable.

The church is in crisis, as it always is. Such could be said of the church in the early centuries, during the Middle Ages, in the tumultuous time of the Reformation and in our modern era. From the days when Christians were getting drunk at the table in Corinth to the brutal extermination of Christians today at the hands of Islamic terrorists, crises have been constant. Heresies strike from inside, persecutions from outside. The church is in crisis.

The church is also stable. “Upon this rock, I will build my church,” Jesus said. Like the parable he tells of the wise man, Jesus builds his house on the rock, and the gates of hell will not prevail against his people. Yes, there will be fallings away, false messiahs, heresies that ravage his teaching, moral aberrations that harm our witness and persecutions that sweep over the landscape. The true church is always in crisis but always stable. We are in a spiritual battle whose outcome is secure.

Any attempt to address our current cultural context must keep in mind both of these truths—the church is in crisis and stable. If we do not consider the seriousness of the crises we face, we will succumb to complacency and lose the edge of our witness. If we do not consider the stability of Jesus’s promise, we will succumb to fruitless fear and anxiety. Our task is to see the opportunity that accompanies every challenge and to see the challenges that accompany every opportunity. We need discernment and wisdom, grounded in hopeful realism.

The biggest challenges we face today are not from tyrannical regimes or oppressive governments. They are more subtle—proclivities and inclinations smuggled into our churches alongside the cultural sensibilities we’ve inherited. In this piece, I’d like to point out four cultural challenges I see, and I hope to circle back around to write a follow-up piece about each point.

1. We Live in a Society Enthralled by Expressive Individualism.

“… a desire to pursue one’s own path … [and] a yearning for fulfillment through the definition and articulation of one’s own identity. It is a drive both to be more like whatever you already are and also to live in society by fully asserting who you are. The capacity of individuals to define the terms of their own existence by defining their personal identities is increasingly equated with liberty and with the meaning of some of our basic rights, and it is given pride of place in our self-understanding.”

“Be You” and “Be True to Yourself” are society’s favorite slogans—the first and greatest commandments for this way of life.

Expressive individualism poses a challenge for the church because God’s Word challenges the “Me” with the “Us” and then sets the “Us” under God. The human tendency is to look inward when God’s Word says to look upward. We resist the upward look because it implies that someone or something is above us, and that Someone might have authority. And, formed by Western assumptions about freedom and happiness, we chafe against claims of moral authority over us or institutions that ask something from us. We resist anything that might stifle our self-defined freedom.

2. We Have a Pragmatic View of Religion in Our Society That Relegates Our Faith to the Private Sphere of Personal Values.

In today’s world, people tend to see science as the arbiter of public truth and facts. Religion is an influence regarding values, but these values aren’t absolute or transcendent. Religion is relegated to the private and personal, something to be kept away from the public square. Its importance is connected only to the sense of meaning or identity it gives to its adherents.

The challenge here is that many Christians now see their faith only in terms of its effect on their lives, not its overall truthfulness. Christianity’s moral demands are applicable only if they bring the kind of happiness we’ve already decided must be the goal of life.

What happens next? When religion is privatized, the nature of “what is good” changes. No longer do we have some standard “out there,” a vision of the good life that we are trying to conform to, or something that we are trying to achieve, or a goal that we need to strive for in order to become fully and gloriously human. Instead, we redefine good in terms of whatever is rewarding. Pragmatism permeates. Consumerism colonizes.

From Outreach Magazine  4 Reminders When You Feel Betrayed

3. An Increasing Number of People See Christian Morality as Not Only Old-Fashioned but Also Extreme or Dangerous.

I’ve often heard Christians take comfort in the idea that, so long as we distance ourselves from strident voices who do not represent the tone or winsomeness necessary to make a persuasive case for Christian theology and ethics—if everyone were like Tim Keller or Rick Warren or Billy Graham—people would realize just how reasonable and respectable Christian teaching is, even if they disagree with it.

Not true. We are in a moral revolution, in which longstanding beliefs in our culture are being turned upside down. As expressive individualism spreads and becomes the dominant view of the world, basic Christian teachings are now considered not old-fashioned, not problematic, not just wrong, but extreme and dangerous.

We are a witnessing a stark decline of public trust in institutions. As choices have increased, solidarity has decreased, leading to disorientation and fragmentation. In this environment, the institutions that have generally provided a buffer between the state and the individual suffer the most. Associations fall away. Gatherings and groups disappear. “Mediating institutions” are weakened.

Together with this fragmentation and isolation comes the problem of polarization. The internet exacerbates the problem.

The challenge for the church in this era is to resist the transformation of our gatherings into places where everyone merely seeks mutual fulfillment. For far too many today, we go to church because it helps us self-actualize, not because it makes us good, or because we seek to glorify God, or we want to do good to our neighbors. We go to church like we go anywhere else, to be affirmed.

This article appeared on LifeWayVoices.com.