Home Features The Common Calling of Pastors and Presidents 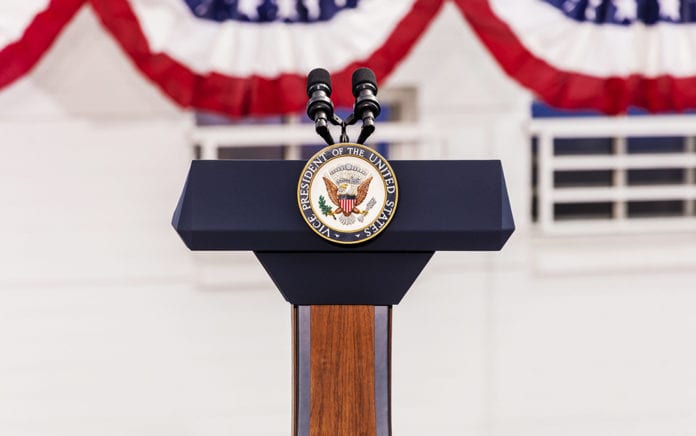 What common characteristics do pastors and presidents aspire to exhibit?

What does it mean to be presidential, and why does it matter?

Before I go on, I’ll be clear; this is not a political post. I am not making any commentary on any specific president, past or present.

However, not too long ago we buried George H.W. Bush. By now, it’s old news, and we’ve moved on as a country. But as I watched the memorial service for 41, I felt the Lord whisper to my heart, “Be presidential.”

My initial reaction was, “No thank you! I can barely be pastoral.” But the more I thought about the idea, the more it resonated in my soul, and how it applies to all of us.

Here’s what I think it means:

1. Be servant-hearted. Our best presidents understood this fact: The president serves the people—all people—those who voted for him, and those who didn’t. The responsibility of the president is to help the people and the country. Frankly, whether you manage a Wendy’s or a home or you lead a church, as a Christ-follower, you are called to serve too.

2. Be powerful. Again, our best presidents understood that it’s not power over people, but power under people that matters most. A wise person and leader knows why they are entrusted with authority and power. And a truly powerful person lifts people up rather than tears others down. In Christ, every believer is entrusted with both authority and power. Use what you have to build up those around you.

3. Be flawed. All forty-five of our American presidents have this in common: they were (and are) far from perfect. All humans have this in common: we all are far from perfect. Rather than denying their weakness, great leaders humbly continue to grow and to move forward. Defects don’t derail them; instead, they inspire dedication to personal and spiritual development. I’m not suggesting anyone wallow in weakness, but no one grows by pretending to have it all together. Be flawed but stay the course.

4. Be inspiring. Who, in your mind, is the greatest American President? I suspect your choice is based on the way that man inspired you. None of us ever knew President Lincoln, but his influence and leadership still inspire millions. When I was a little boy, J.F.K. was president. My parents didn’t vote for him. He was a Democrat and a Catholic, which didn’t make him popular with many evangelicals. But no one denied—then or now—his ability to inspire the masses. I pray that people will say at your memorial service, “She wasn’t perfect, but she changed my life. She inspired me to be a better me.”

From Outreach Magazine  If You Don't Care for the Poor, You Don't Understand the Gospel

5. Be courageous. You don’t get to be president without being a bold, risk-taking, and courageous person. You don’t get to experience the life or the destiny God has for you, without courage. The timid too often end with too little to show for their life. Don’t let fear hinder you. Don’t let struggle shut you down. You don’t want to get to the end of your life and say, “If only …” Go for it. Live out on the edge. Take risks. Fail and fail gloriously, then get up and step through the fear threshold again. If you do, you probably won’t end up as President, but you’ll discover your destiny and joy.

Whatever you do, whoever you are, be presidential. You can do it. Why wouldn’t you?